MK Dons can make it 10 points out of 12 if they beat Bury at Gigg Lane this afternoon.

Robbie Neilson’s side are one of the form sides in Sky Bet League One over recent times, having won two and drawn one of their last three matches.

Their run has seen them climb into the top half of the division and they currently sit four points adrift of the play-off places heading into the final match of September.

The Dons have won two of their last three away matches while they also boast a strong record at Gigg Lane – they’ve never lost to the Shakers in Greater Manchester and have enjoyed some memorable victories too.

Kick-off today is at 3pm.

Bury ended a 10-game winless run in all competitions with their convincing win over Oxford United in midweek.

Lee Clarke’s men occupy 19th place in the Sky Bet League One table with nine points to their name from two victories and three draws. Both those triumphs have occurred at Gigg Lane – a place they’ve lost at twice in the league this season.

Despite their standing, they do hold a respectable goals total, having netted 12 times in their 10 league matches. Six of those have come courtesy of experienced striker Jermaine Beckford – nobody else in the side has netted more than once in the league.

The Dons were unable to make it three straight wins as they were held to a 0-0 draw at home by Northampton Town.

Gboly Ariyibi had the best chance of the first half, firing just wide with a terrific left-footed drive from distance.

However, neither they nor the Cobblers could get on the scoreboard which meant both sides were forced to settle for a share of the spoils.

Bury secured their first win since the opening weekend of the season in style, thrashing Oxford United 3-0 at Gigg Lane.

All the goals came in the second half for the Shakers, who did go close in the first 45 through Michael Smith and Jermaine Beckford.

It was Chris Maguire, though, who would break the deadlock – converting from the penalty spot in the 64th minute.

Smith bundled in a second for the Greater Manchester outfit, who later made it three when Beckford headed in a Chris Humphrey cross.

Robbie Neilson: “They’ve got good experience. They’ve got (Jermaine) Beckford up front along with Maguire and Smith. Those three are good players for this level and they’ve carried them through in the last couple of weeks.

“It was a tough place last year when we went up there and drew. We know it’s going to be a tough game but I believe it’s an opportunity for us to go and get three points. We’ll be looking to get there and play better football than we did on Tuesday night and get the result.”

Jermaine Beckford: “They should be worrying about us more than us worrying about them. I’m not taking anything away from them saying they’re not any good, I think they are pretty good, but I also back my team-mates.

“We have got a real togetherness and the last couple of results, you can see the team bonding. You can see we’re prepared to fight for one another and it’s paying off. We are going to push on at the weekend and continue to take it game by game.”

Today's game may come too soon for Dons duo Joe Walsh (knee) and Chuks Aneke (hamstring) although there is more optimism that the latter could feature in some capacity.

Peter Pawlett (knee) remains sidelined but is expected to return to training next week.

Bury have a number of injury concerns heading into Saturday’s match.

Goalkeeper Joe Murphy could be out for up four weeks while defender Nathan Cameron may miss the next two months with a hamstring issue.

Eoghan O'Connell, Jay O'Shea and Andrew Tutte have all returned to training this week but are still some way off first-team action.

Michael Salisbury will referee this afternoon's game at Gigg Lane.

Salisbury, who has never officiated the Dons or Bury before, has taken charge of seven matches this campaign and produced 13 yellow cards. He has yet to make a sending off.

His assistant referees are Andrew Newbold and Duncan Street while the fourth official is Michael Denton.

Sky Bet tip
Exactly two goals have been scored in both of MK Dons’ last two away games.

Tickets can now only be bought from the turnstiles at Gigg Lane, cash only. 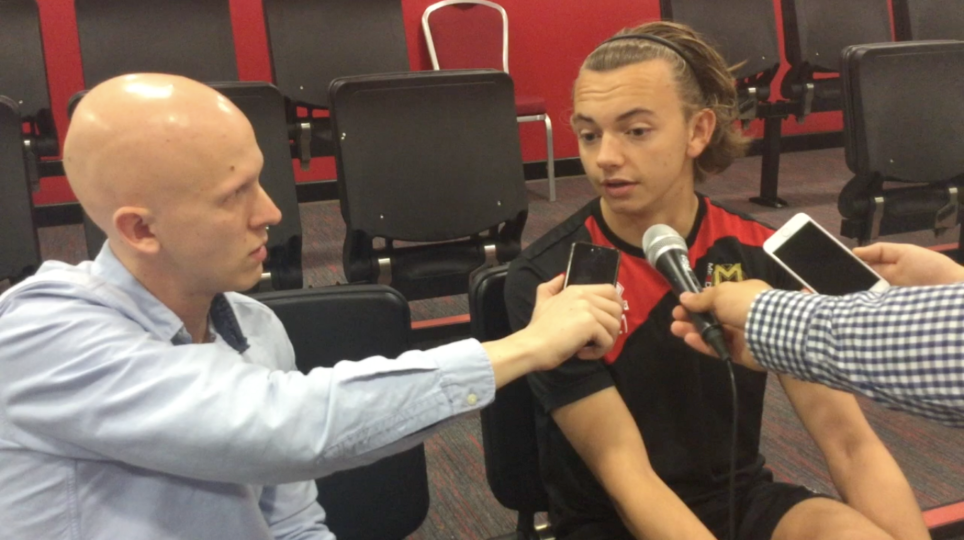 Nesbitt looking to make an impact

Manning: We did what we needed to do to win


Liam Manning was happy to take substance over style following his side’s 2-1 victory over Port Vale.