Lee Nicholls has made some crucial saves this season but his penalty stop in Friday night’s victory over AFC Wimbledon is arguably his most important so far.

With half an hour left to play at the Cherry Red Records Stadium and the Dons leading 2-0, AFC Wimbledon were presented with an opportunity to reduce the deficit when Scott Golbourne was adjudged to have handled the ball in the area.

However, Nicholls guessed correctly to deny Lyle Taylor from the penalty spot, diving down to his right to palm away the forward’s effort and preserve the two-goal lead which the men from MK1 wouldn’t surrender en route to their memorable win.

“It’s always nice to save a penalty,” Nicholls said to the media after Friday’s success. “I’ve never scored a goal so I can only imagine it’s a similar feeling.

“Me and Healdy always do our homework on penalties and it was a nice feeling to save this one.”

He continued: “At the end of the day, it’s my job to make saves. I’ve just got to keep working hard and make sure I’m giving myself the best opportunities to make them.”

The penalty aside, the Dons did a good job of keeping opponents AFC Wimbledon at bay –shutting them out entirely to secure all three points and a second straight league victory.

“The lads did well. We started off the way we wanted to start off and we set the tempo. We matched that tempo throughout the game and that’s what won it.

“We got the early goal and that made it difficult for the opposition. We got another one and did what we needed to do to see it out. 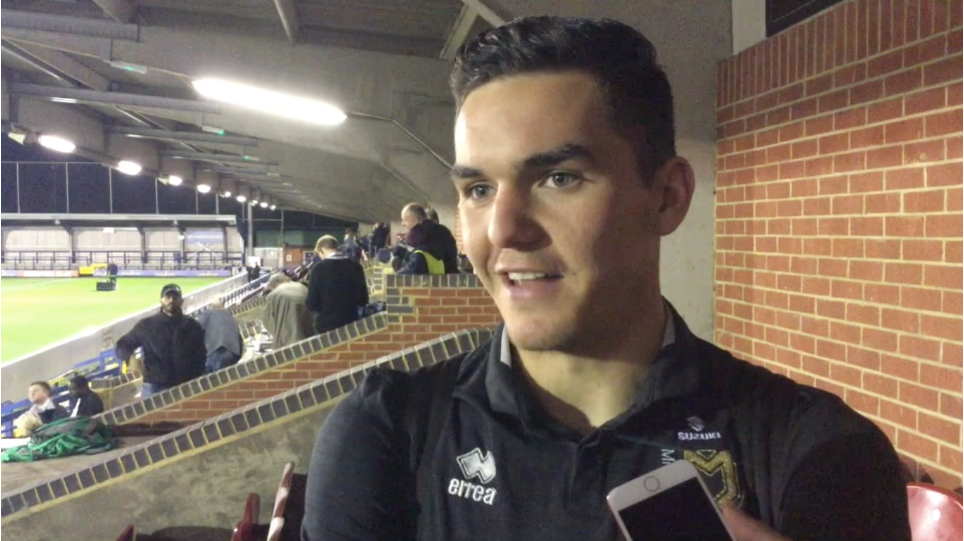 Lee pleased with penalty save and points