Robbie Neilson’s MK Dons side were not at their fluent best against Northampton Town so the manager was pleased they still were able to come away with a point and a clean sheet.

The men from MK1 went into Tuesday’s match full of confidence after back-to-back wins but they were unable to find a way past the Cobblers, despite Gboly Ariyibi, Aaron Tshibola, Aidan Nesbitt and Kieran Agard all having chances.

While it wasn’t going their way in front of goal, the Dons remained resolute at the back and were able to keep their visitors at bay all evening and secure themselves a point.

“There was some good and some bad,” Neilson said in his post-match press conference. “Over the course of the game a draw was probably a fair result.

“We were against a team, who have got a new manager and they are really fighting hard for him – credit to them, they played well at times and they put us under pressure.

“We’d have liked to have scored but it wasn’t to be tonight. We hoped our quality would come through and although we got through sporadically, we know it has to be better.”


He continued: “We never really got to the levels we can get to. There are going to be games like this through the season where we just have to grind it out.

“It’s another clean sheet, another point on the board and we’re now undefeated in a few games. We move on to Bury on Saturday and if we can get three points there then we’ll forget about tonight.”

Here’s what else Neilson had to say in his post-match press conference...
Anti-climax after AFC Wimbledon win...
“After the highs of Friday night, tonight was a bit of anti-climax. It was always going to be difficult – there was a bit of tiredness from the players but I think that was more mentally and than physically because it was such a big game for everyone involved in the Club.”

Decision to withdraw Ryan Seager...
“I just wanted to get (Osman) Sow back up top. Originally we started with 4-4-2 but Northampton were going very direct so we had to put three in the middle, which meant moving Osman out wide. I just felt he’d be more of a threat up top so we changed it a little bit.”

Aaron Tshibola over Aidan Nesbitt on the left...
“They are different types of players. Tshibola can deal with the ball in tight areas, he’s got physicality and he can move the ball quickly. Aidan is a player who, if you can get him into pockets, he can be phenomenal at times but if there are no pockets for him to get into then it makes it difficult. Certain games, yes Aidan can start in but other games he’s someone who can come in as an impact player because the difference between the first 30 minutes of the game and the last 30 minutes of the game is night and day. The first 30 minutes, the game is tight, it’s aggressive and teams are really pressing. The last 30 minutes it’s expansive and there are pockets for people to get in.”


Aaron Tshibola’s form...
“Aaron is a very good player. If you look at Friday night, I thought he was very good. He wasn’t one of our top performers tonight but he’s still played a big part in the team. Players aren’t going to play at 100 percent every game. We have to try and help our players when they’re going through periods where they aren’t playing as well as they can."

Chances to win it...
“We had a few chances. (Kieran) Agard went through and Nesbitt went through. There were definitely opportunities to win the game but we didn’t take them.”

Frustrations with lack of stoppage time...
“I was just disappointed that there were only three minutes of injury-time. There were five substitutions which adds up to two and a half minutes, so that’s 30 seconds that has been added on for time-wasting and the head injury. There’s nothing we can do it about it but its just frustrating when you’re trying to go on and get the goal, especially when we had the momentum going at the end.”

Robbie Neilson's MK Dons will look to return to winning ways this Saturday when they take on Bury at Gigg Lane.

Official away travel is available at £26 adults and £25 over-65s/under-18s with Season Ticket holders and members entitled to a £1 discount.

To book tickets and travel click here, visit the Box Office at Stadium MK or call 0333 200 5343. Tickets will be available to buy from the Club until 5pm on Friday. 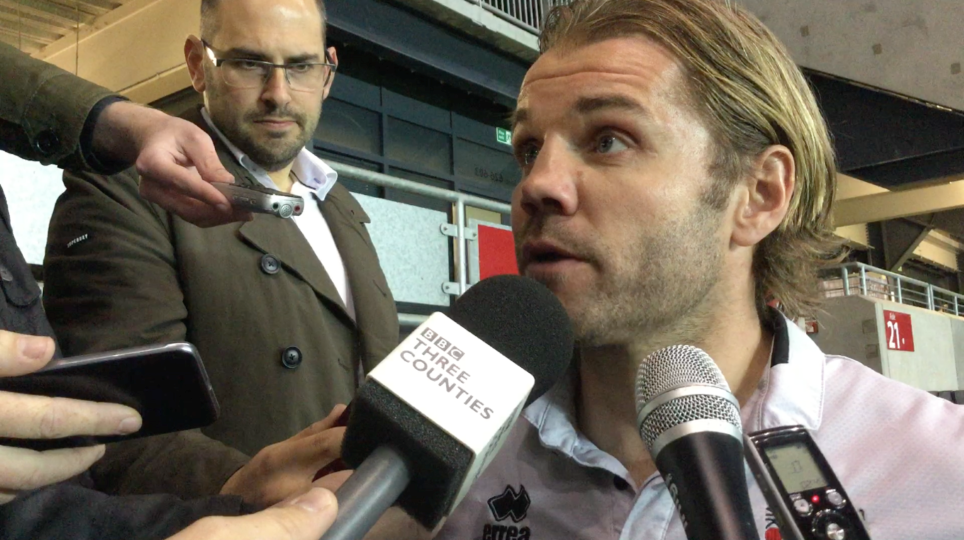