Two goals in six second-half minutes saw Neilson’s side fall to a 2-0 reverse at the hands of high-flying Posh at the ABAX Stadium on Tuesday night.

"You have to do the basics in football," said the 36-year-old in his post-match press conference. "If you can't do that and let two strikers dominate us, you're not going to win games. This will be a wake-up call for them.

"First and foremost, you have to win the individual battle, then you can go forwards and let our players go up and play."

Here's what else he had to say in his post-match interview...

Being better defensively
"We can't be losing goals from set plays - things like this are unacceptable. The centre halves have to do better, the goalkeeper has to do better. We have to be stronger. Even in the first half, we weren't getting clean contact and they were getting opportunties.

"We have to do better in these situations because it's the bread and butter - it has to improve. Those three have been great for us all season and they had a blip tonight. We cannot afford to get bullied in those areas."

Taking chances
"It's a silly mistake (to give the ball away for the second goal) but I'm not too bothered by it. Tshibola is trying to take a chance on it and make a break - you've got to ask players like that to take a chance."

Attacking threat
"We got into good areas with Tshibola and Gilbey, who I thought was excellent tonight, but it was down to not being aggressive enough."

Impact of substitutions
"We wanted Osman Sow and Robbie Muirhead up there to bring us some physicality. We have had a few cleared off the line so on another night we get a goal and it changes things. Could we have won it? I think we could have done more."

Aneke back on the bench
"Chuks will play 45 minutes tomorrow (Wednesday) and we'll push his fitness. I hoped we could give him 10 minutes tonight but I felt I needed to change the game and get a foothold in it." 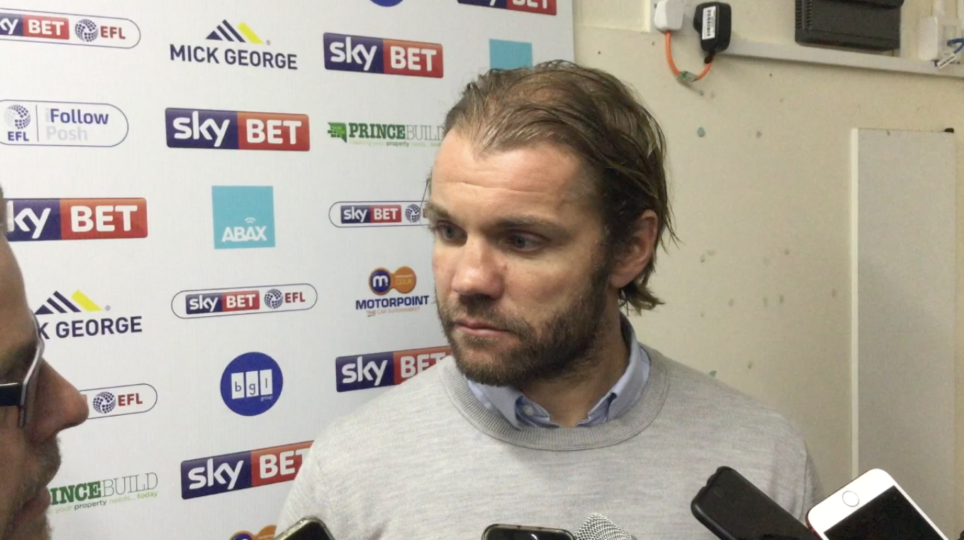