For the first time since his MK Dons debut, Osman Sow was on the scoresheet in Saturday’s Sky Bet League One clash with Bury and just like that afternoon back in August, his finish helped the team to an important victory.

The striker, who netted his first for the Club in a 1-0 win over Gillingham, slotted home a sixth-minute goal in last weekend’s fixture at Gigg Lane, finding the net with a confident finish after latching onto Scott Golbourne’s through ball.

Sow’s goal put his side in a good position to make it back-to-back away triumphs and courtesy of a solid defensive display and a second-half header from Ethan Ebanks-Landell to make it 2-0, the Dons were able to achieve that feat.

“It’s good to get the three points and get on the scoresheet,” the Swede told iFollow MK Dons following Saturday’s victory. “It’s always good as a striker to score but three points is always the most important thing.

“Credit to the ball from Scott (Golbourne). I’ve come short and then gone long, he’s seen that and then put a perfect ball through.”

Sow & Co have now won three of their last four matches in Sky Bet League One and haven’t conceded a goal in over 315 minutes of action.

The side’s recent form has seen them move to within three points of fourth place and Sow is confident the positivity and momentum will remain.

“We’re moving up in the league and getting closer and closer to where we want to be.

“There’s definitely positivity. Everybody is happy, we just need to keep working hard and believing in what we do.” Clean sheets over goals for Ethan


Ethan Ebanks-Landell scored his first MK Dons goal in Saturday’s win at Bury while also playing his part in a third-straight clean sheet – so which does the defender prefer? 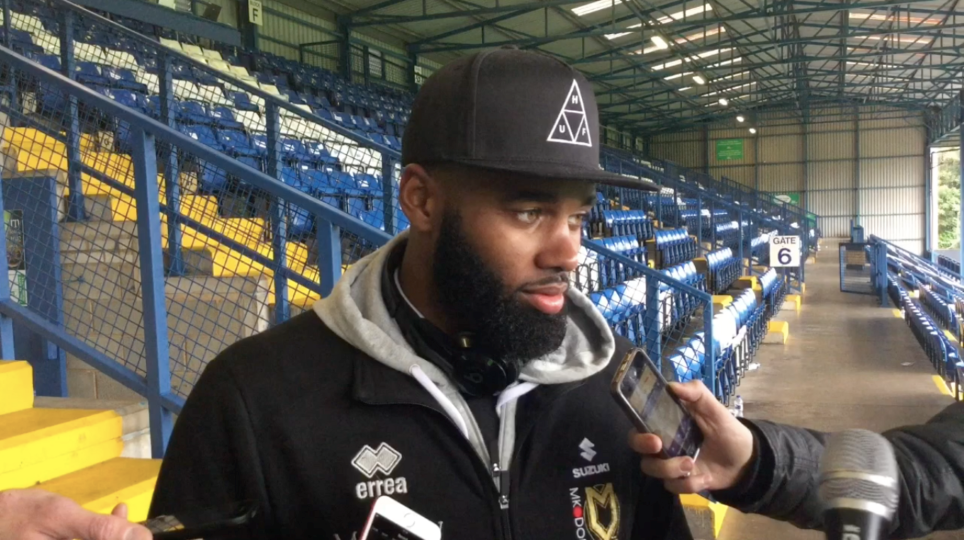