MK Dons beat Stevenage on penalties to take two points from their Checkatrade Trophy tie in which Chuks Aneke made his first start in over seven months.

The two sides played out a goalless draw in 90 minutes but it was Robbie Neilson’s men who came out on top in the shoot-out – Brandon Thomas-Asante scoring the winning penalty after Chris Whelpdale hit the bar with his earlier effort.

Tuesday’s result sees the Dons move top of Group G heading into the final round of group-stage fixtures, three points clear in the qualification places.

Aneke started his first game since February as he stepped up his recovery from a long-term hamstring injury, while second-year scholar David Kasumu began at right-back. In total, the squad included eight Academy graduates.

Robbie Neilson’s side started on the front foot and Aneke was the main threat – he forced a save from Chris Day inside 60 seconds before his clever nutmeg set up another chance, but he curled over from a difficult angle.

The men from MK1 maintained their impressive opening, with the majority of the game being played in the Stevenage half as the midway point of the first half approached.

Clear-cut chances were not forthcoming at this stage, however, the side were working the ball well and finding themselves in some good positions while, at the other end, the Dons were looking comfortable.

The visitors slowly came into the tie with the half-hour mark lurking, but Aneke threatened on 36 minutes when he curled a 25-yard effort not too far past the right-hand post.

Shortly afterwards, his power was on show once again as he received the ball, turned his man and drove at the Stevenage defence although his couldn’t provide the finishing touch as he dragged his shot across the goal.

It was his team-mate, Aaron Tshibola, who came the closest to breaking the deadlock in the final minute of the first half but his effort was superbly cleared by Ben Wilmot with the keeper beaten.

The last action of the half involved Aneke, who shot off target from distance, but Dons’ No.10 certainly showed plenty of quality and he’s still a long way from full fitness and his best. Encouraging signs.

Danny Newton forced a fine save from Wieger Sietsma in the opening five minutes of the second half as the visitors started the 45 in a more positive fashion.

The Dons hit back and Robbie Muirhead’s diverted cross fell to Aneke’s replacement Brandon Thomas-Asante, who saw a shot blocked from 15 yards.

Shortly afterwards, Thomas-Asante was denied by a superb tackle from Wilmot before Chris Day saved Tshibola’s strike after Muirhead had picked out the midfielder with a clever touch.

Day was again called into action on two occasions 64 minutes in, firstly saving a fierce drive from Thomas-Asante after the youngster had made good yards down the left before the experienced keeper made an even better stop to thwart Muirhead on the rebound.

Not long after, substitute Andronicos Georgiou headed onto the roof of the net as the visitors went even closer to breaking the deadlock.

Sietsma went one better in the final minute of normal time, superbly keeping out James Ferry’s header which looked destined for the top corner.

Neither side could find the net in the normal time, meaning the tie went to penalties – the new ABBA format was in place which sees the first side take the opening kick before each team alternate with two spot-kicks. 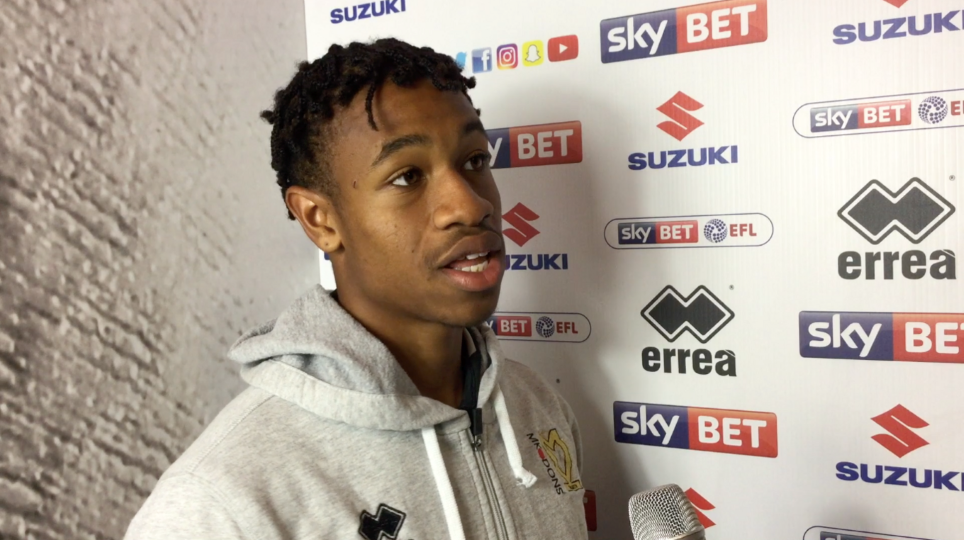