There was obviously plenty of disappointment for Robbie Neilson after Saturday’s loss to Bradford City but the MK Dons boss couldn’t fault the work-rate and commitment from his 10 men.

The Dons, who had midfielder Aaron Tshibola sent off for a professional foul in the 5th minute, suffered their first defeat in five games courtesy of the 4-1 reverse at Stadium MK.

Despite their man disadvantage, the men from MK1 were competitive for the majority of the contest and went close to an equaliser on several occasions before Bradford extended their lead with two late second-half goals.

“We’re obviously disappointed with the result but I couldn’t ask for much more in terms of work-rate from those 10 players on the pitch and those who came off the bench,” Neilson said afterwards.

“Performance-wise, after going down to 10 men, the players worked extremely hard and we kept ourselves in the game. The work rate, the performance and the togetherness of the 10 men that were out there was fantastic.

“We managed to keep ourselves in the game and get a foothold in it with the goal. We had a couple of opportunities to get the equaliser but then the third goal killed us - it made it extremely difficult from there.”

He added: “We have to get ready to go again. We have to stick together and make sure we’re ready for next week.”

“We have to make sure things like that don’t happen again. (Tshibola) is a young player and he’s got to learn from it. He’s here to educate himself and try to improve and he’ll realise, in future, not to do that again.”

Matching Bradford for large parts
“They will definitely be there or thereabouts because they are a top team and they’ve got a top manager. We’re still fighting to get there as well and I do believe there are a lot of positives we can take. We were down to 10 men for 90 minutes, including stoppage time, and we didn’t give up a whole lot. They had a lot of possession outside of the box but we didn’t really open up at all. We can only build from that.”

Disappointing goals to concede
“The most disappointing thing for me today was that we lost two goals from set-pieces and one from a deflection - the first one especially because that goal opened the game up for them. We had 10 men but those are situations we should still be able to handle.”

Ethan Ebanks-Landell’s goal
“We’d worked on the movement (from corners) in training. We tried it again in the second half and we probably should have had a penalty off the back of it.”

Aneke and Sow’s potential as a partnership
“They are both top players. We didn’t plan to give Chuks as much game time but I just felt we needed that link in the second half. You could see that link with Osman right away and it would be good when we can get the two of them up top together.”

Frustrations regarding refereeing decisions
“When you go down to 10 men, you need the referee to have a good game and I didn’t think we got that today. The fans vented their frustration at the end, as did we. These things are so frustrating but we have to move on.”

Bouncing back
“We’ve got a good run of games coming up and if we can nine points from the next three games then it keeps us on the right track.”

Praise for the fans
“I thought the fans were fantastic. At two-nil down with 10 men, it would be quite easy for the fans to walk away having seen enough. I’m sure they saw the effort of the players and that’s the togetherness that we’ve got here.”

Next up for Robbie Neilson and MK Dons is a trip to Portsmouth this Saturday - tickets are priced at £23 adults, £17 seniors, £15 under-23s while under-18s can attend for £10 if unaccompanied by an adult/senior or £5 if they are accompanied.

Travel is available for this fixture, priced at £23 adults and £22 over-65s and under-18s. Season Ticket holders and members are entitled to a £1 discount on travel tickets. 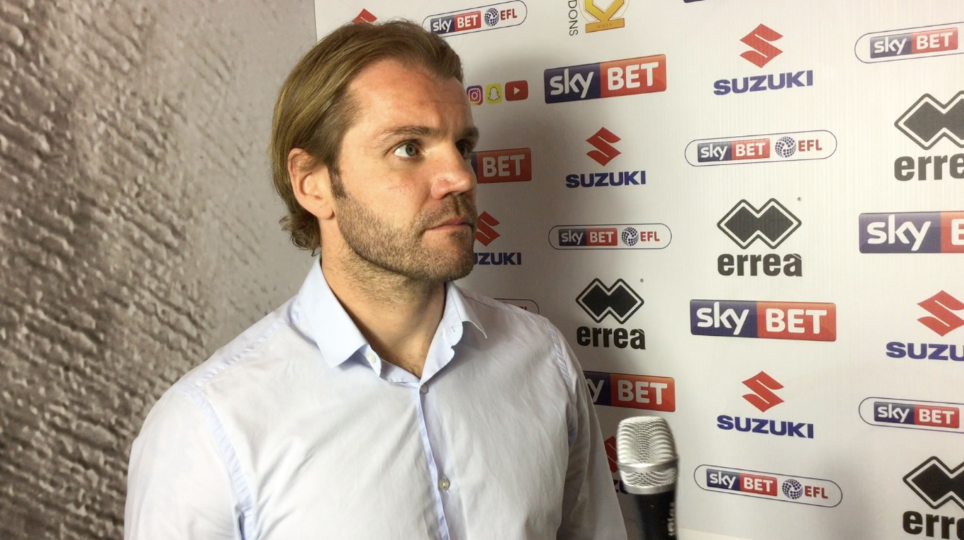 Date set for Papa John's Trophy Round of 16 tie


A date has been confirmed for MK Dons’ Papa John’s Trophy Round of 16 tie with Bristol Rovers.


Matt Smith's Wales saw their FIFA World Cup campaign come to an end on Tuesday following a 3-0 defeat to England.