James Honeyman believes MK Dons Ladies can make it seven wins in a row against Denham United, but knows there are no easy games.

The Dons travel to The Den to face Denham this Sunday in a FAWPL South East Division One fixture – kick-off 2pm.

Speaking about the match, Honeyman said: “We are confident we can beat anyone but we will need to be at our best to win because in this league there are no easy games.

“We believe we can win the game but we are fully aware of the dangers Denham possess.

The two sides have already met this season in the league, playing at Willen Road on the opening day of the season. The points were shared on that occasion, with the game ending in a 1-1 draw despite Kerry Newman putting the Dons ahead early on.

Since their draw on opening day the Dons have lost to AFC Wimbledon twice, but they now find themselves having won their last six games in a row across all competitions. The recent improvement in form has positioned the Dons fourth in the table, only two points off the league-leaders.

Denham go into this game having not won any of their last four games across all competitions. They currently find themselves in 10th, 10 points behind the Dons ahead of their clash having taken just six points from seven games .

Despite the pre-game form favouring the Dons, Honeyman is cautious of his team being over confident.

He said: “We are happy to have won six in a row but we only sit fourth in the table.

“We cannot get caught being over confident, because when the whistle goes before a game, everything that’s happened before that point is irrelevant.”


Charlie Bill is looking for MK Dons Ladies to continue their good form when they host Denham United this afternoon in the FA Women’s Premier League Plate. 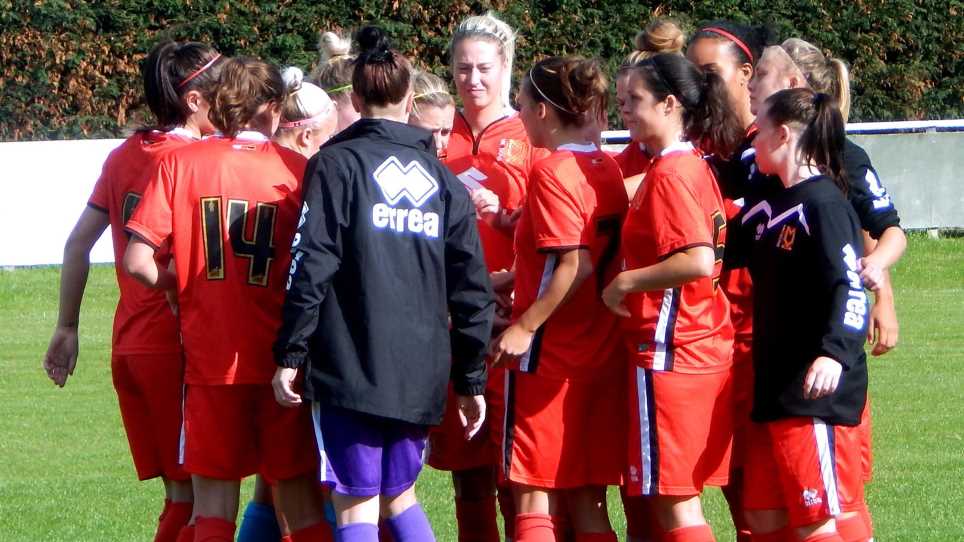 
Hannah Barrett grabbed a brace to help MK Dons Ladies defeat Cambridge United Women 4-1 in front of 463 spectactors at Stadium MK, which guaranteed them second place in the league.