Robbie Neilson called for a response from his side and certainly got that against Walsall – the frustration, though, was that it wasn’t quite enough to see the Dons walk away with three points.

The men from MK1 bounced back from the disappointment of the 2-0 defeat to Portsmouth by putting in a much more positive display against the Saddlers on Tuesday night.

It looked as though that positivity would be rewarded with a victory too, after Chuks Aneke headed home a 23rd-minute goal but a second-half penalty from Tyler Roberts meant Neilson and his side were forced to settle for a point.

“We're not satisfied with a point,” Neilson said in the aftermath of Tuesday’s match.

“The first half was the best we've played in a long time – we passed it well and created numerous chances. Ultimately, though, it’s about putting the ball in the back of the net and we just didn't get that second goal.

“You have to kill teams off and we didn’t manage to do that. I felt a nervousness of not getting the second goal, and we let them back in it with a poor decision for the penalty.”

He continued: “I asked my team for a response and the response was there - our work-rate was first class and miles better than it was on Saturday.

“The frustration is, that with the number of draws around about us, we had the opportunity to jump a few places tonight and we didn't do that.

“We have a quick turnaround now and hopefully we can get the three points against Oldham (Athletic) on Saturday and get ourselves going.”

Here’s what else Neilson had to say in his post-mach interviews...

3-5-2 formation...
“I thought the players played the system really well. We've been trying to do it all season but we really needed a left-sided centre half in there and we were waiting on Joe (Walsh) to get fit. There’s still work to do because it’s a relatively new system for us but I felt the players looked comfortable in it.”

Chuks Aneke playing for 90 minutes...
“It was great to have him back – his link-up was top drawer. He’s still fighting for his fitness. We didn’t expect him to play 90 minutes today but the injury to Osman Sow meant he had to come off and Chuks had to play the 90. He’s one of our key players so we have to find a way to keep him in the team and keep him fit.

No complaints about the penalty...
“No (complaints). (Ethan Ebanks-Landell) made the decision to go for the ball and he didn't get it. We have to take it on the chin and learn from it.”

Losing Osman Sow...
“To potentially lose Osman for some time with his ankle is a massive disappointment because we want to see (him and Chuks Aneke) play together but now it's an opportunity to see the others step up to the plate.” 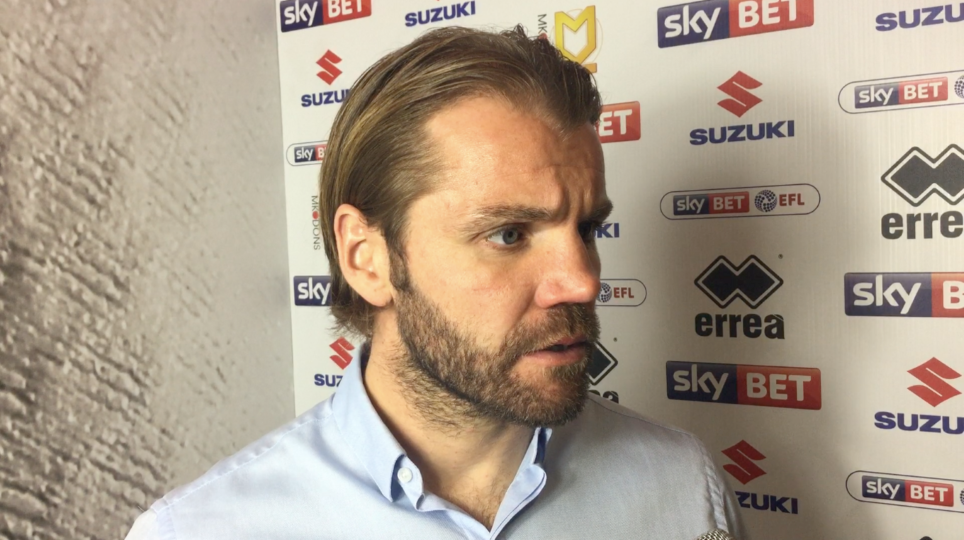