Callum Brittain capped off a memorable week with England Under-20s by helping them defeat Czech Republic 4-0 at St. George’s Park.

The MK Dons full-back set up two goals on his international debut against Italy last Thursday and he provided another assist in Tuesday’s fixture, crossing for striker Stephen Mavididi to round off the scoring for the Young Lions.

Darnell Johnson opened the scoring for England in the 17th minute before goals from Mavididi and former Dons loanee Harvey Barnes secured 3-0 lead for the home side at the end of the first half.

Brittain was introduced to the contest on the hour mark, replacing West Ham United defender Reece Oxford. He made an impact off the bench, picking out Arsenal striker Mavididi, who made it four with a finish at the near post.

The Academy graduate will now return to Stadium MK and begin preparing for Saturday’s Sky Bet League One fixture with Portsmouth at Fratton Park. 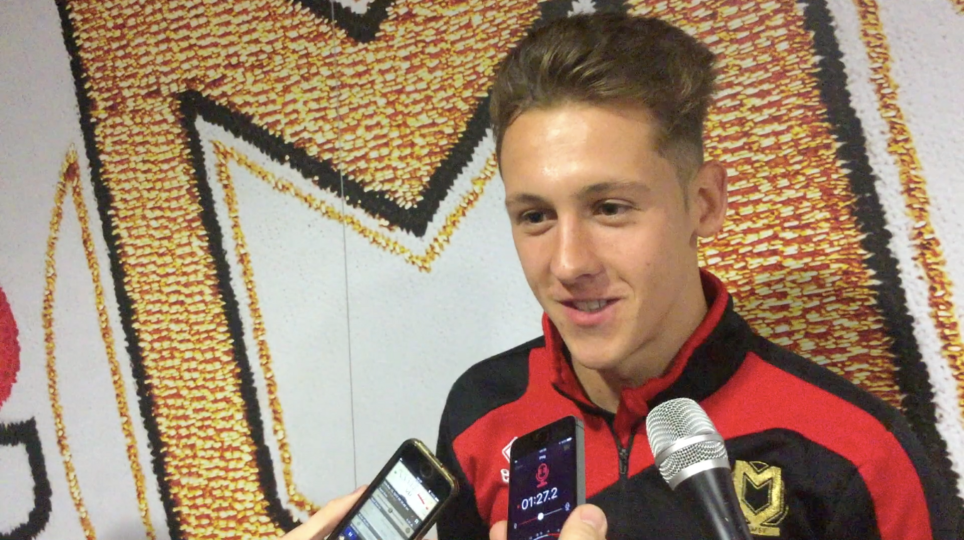