mkdons.com details the storylines to follow heading into this Friday's Emirates FA Cup First Round One fixture at Ewen Fields...

A chance of a cup run

The Emirates FA Cup creates stories to last a generation and provides club’s with the chance to impress football fans around the world.

Neilson himself has had his fair share of success in cup competitions – as a player he won the Scottish Cup with Heart of Midlothian and the Scottish Challenge Cup during his time with Queen of the South.

While in charge of Hearts, the 37-year-old reached the Quarter Final stages of the Scottish League Cup losing to Celtic – he’ll be looking to impress in this year’s Emirates FA Cup.

An opportunity to bounce back

With Neilson’s side not firing on all cylinders in the league recently, the Emirates FA Cup provides a welcomed break for the lads.

With just two points from their last five games - a win against The Tigers would rejuvenate that winning feeling in the camp. The likes of Chuks Aneke, Ryan Segar, Kieran Agard and Robbie Muirhead will all be hoping to feature and if they do, find the back of the net for that much-needed lift.

Ewen Fields is unlike any other playing surface that MK Dons will play upon in the league this season. The surface is a 4G pitch rather than the usual grass to help combat the poor winter weather conditions.

Neilson and his staff have prepared for this Friday’s clash by training on similar surfaces in and around Milton Keynes including Sport Central's new 4G surface in Central Milton Keynes. The football is bound to move differently on the artificial turf so adapting to the conditions will only serve as a positive for Neilson.

Finding the net 20 times in their last eight games in all competitions - Darren Kelly’s side have certainly found their shooting boots of late.

The men from MK1 however, have proven this season that they possess the defensive steel needed to grind out results keeping clean sheets against Northampton, AFC Wimbledon, Bury and Plymouth.

During the month of September, the Dons went seven hours of football without conceding. Nielson will be hoping to produce a similar run starting against Hyde United this Friday.

Tickets for Friday's tie with Hyde United are priced at just £10 adults, £6 seniors/under-18s and £3 under-16s in the standing area of the ground. A limited number of seated tickets are also available, priced at £15.

Tickets must be bought from the Club before midday on the day of the game. The limited number of seated tickets will be available until 5pm on Thursday. Tickets cannot be purchased or collected at Ewen Fields on the night. 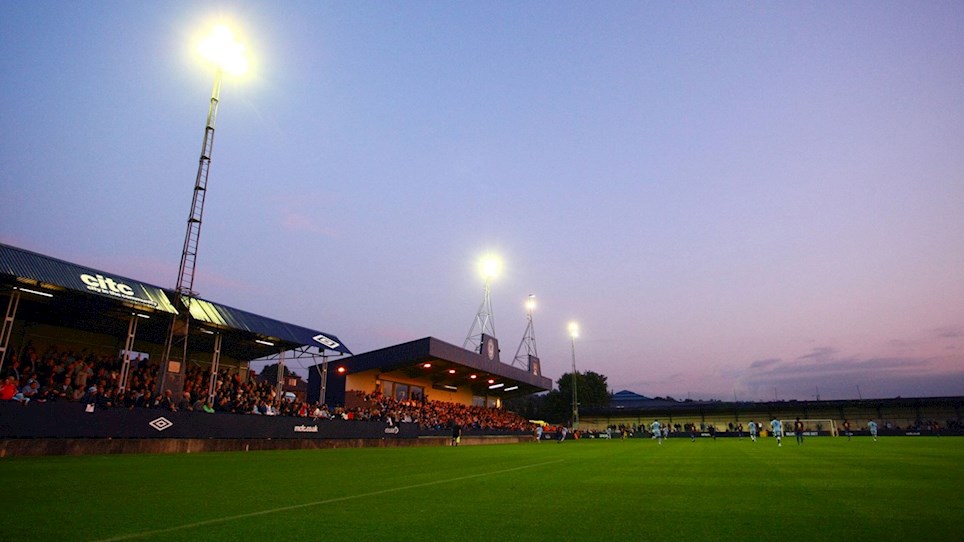