mkdons.com details the storylines to follow heading into this Saturday’s Sky Bet League One fixture at Stadium MK...

After an unwanted spell of results in October, Robbie Neilson’s men returned to winning ways with victories over Hyde United and Oxford United respectively. The manager noted that “winning breeds confidence,” and while the two wins came in cup competitions -  it will certainly give the lads a much-needed boost heading into this weekend’s game with the Cod Army.

A win this weekend would give the men from MK1 the perfect start to November ahead of a busy upcoming Christmas period.

The Emirates FA Cup and the Checkatrade Trophy enabled Neilson to rotate his side and take a look at a number of players who haven’t been involved as much as they’d like in the Sky Bet League One campaign.

Firstly, Sam Nombe featured during the closing moments against Hyde United and while he didn’t find the back of the net, the youngster certainly impressed Neilson.

“I was really pleased to get Sam Nombe on,” Neilson said after the victory. “He works his socks off for the team. MK Dons is a team where everyone has to work hard, it’s key for us.”

Opening the scoring against Oxford United was Brandon Thomas-Asante. The forward found the net ten minutes into the tie and also assisted Gboly Ariyibi’s second goal of the game with a tidy flick into the path of the winger.

Ariyibi's brace took his total for the season to seven goals - his performance and energy on Tuesday night will have certainly done his chances no harm going into Saturday's game.

After missing two months worth of football, the lively midfielder returned to action against Hyde United replacing Ryan Seager. The 26-year-old quickly found his feet in the game – linking up with those around him as if he’d never missed a game.

Named on the bench against Oxford United, Pawlett replaced Aidan Nesbitt with half an hour left and made an immediate impact. Just six minutes into his appearance Pawlett smartly dummied Dean Lewington’s pass for Seager before playing a one-two with the striker who found the back of the net giving the Scot an assist in the process.

Let’s hope for more of the same from Pawlett this weekend.

A chance to make some ground...

As with every international break, a handful of Sky Bet League One games are postponed due to a lack of players for certain teams. The lack of games during this period gives MK Dons to put those higher in the table under pressure.

Blackburn, Walsall, Wigan, Shrewsbury, Charlton and Southend are all out of action this weekend meaning a win would put those pushing for a play-off place under pressure. 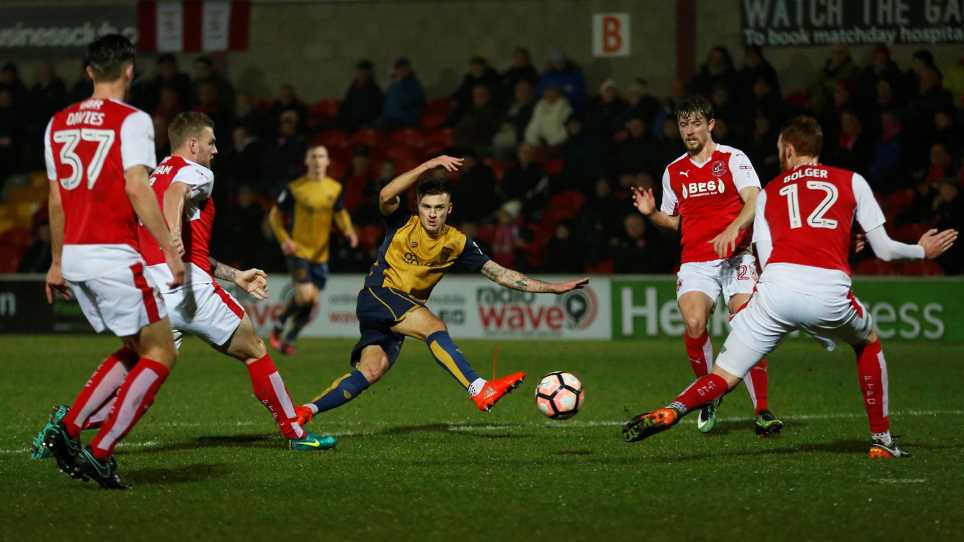 
Fleetwood Town were play-off semi-final finalists last season but after missing out on a trip to Wembley following a 1-0 aggregate defeat to Bradford City, the Cod Army will be looking to go one...