MK Dons will be looking to stretch their unbeaten run to six games when they take on Doncaster Rovers at the Keepmoat Stadium on Saturday afternoon.

The men from MK1 have won three of their last five matches in all competitions and will be hoping to maintain that good form against the Rovers, as they look to continue their climb back up the Sky Bet League One table.

Robbie Neilson’s side are currently seven five points adrift of the top six, in 13th place, but would likely close that gap by taking three points this weekend.

Avoiding defeat would complete an unbeaten month for Robbie Neilson.

Darren Ferguson’s outfit, who sit four points below the men from MK1, are without a win in their last three Sky Bet League One games after sharing the spoils with Rotherham United and Fleetwood Town before suffering a 3-0 defeat at the hands of Wigan Athletic.

The Rovers have proved this season that they are tough to beat in front of their own fans. Ferguson’s side have conceded just 12 goals at home in nine games, meanwhile, they have lost just one of their previous four matches at the Keepmoat Stadium.

MK Dons shared the spoils with Southend United on Tuesday night, with Kieran Agard on target once again from the penalty spot.

However, the man who rescued a point against Charlton Athletic - Agard - once again showed his composure to convert a 76th-minute spot-kick in front of the Cowshed, making it five unbeaten for Robbie Neilson's side.

Rovers were beaten for the first time in six games with defeat against Wigan Athletic.

Ryan Colclough’s double either side of the interval and a Michael Jacobs effort sealed all three points for the home side.

Robbie Neilson: “We’ve had a decent run so far. Obviously, we’d like to have picked up a few more points but to go five unbeaten is good very good. It’s a big, big game on Saturday and we can finish off a good month with three points against Doncaster.

"We know it’ll be a tough game at a good stadium with a great atmosphere and we’re going there to put in a good performance and hopefully take three points.”

Darren Ferguson: “We’ll have to be aggressive and on the front foot, MK Dons have been inconsistent, much like ourselves but they are a good footballing side, so it’ll be tough, but the main thing is getting the three points.”

The Dons welcome back George Williams, Ethan Ebanks-Landell and Ed Upson from suspension, however, Neilson is still without both Osman Sow (ankle) and midfielder Ousseynou Cissé (knee).

The Tyne & Wear official, has ran the rule over 12 games this season, and has produced 33 yellow and five red cards this season. The last time he oversaw the Dons meanwhile, was during their 1-0 win over Coventry City in March 2017.

iFollow MK Dons will have also live commentary of the game for UK-based fans – click HERE to sign up for as little as £4.49 for a month or £45 for the season! 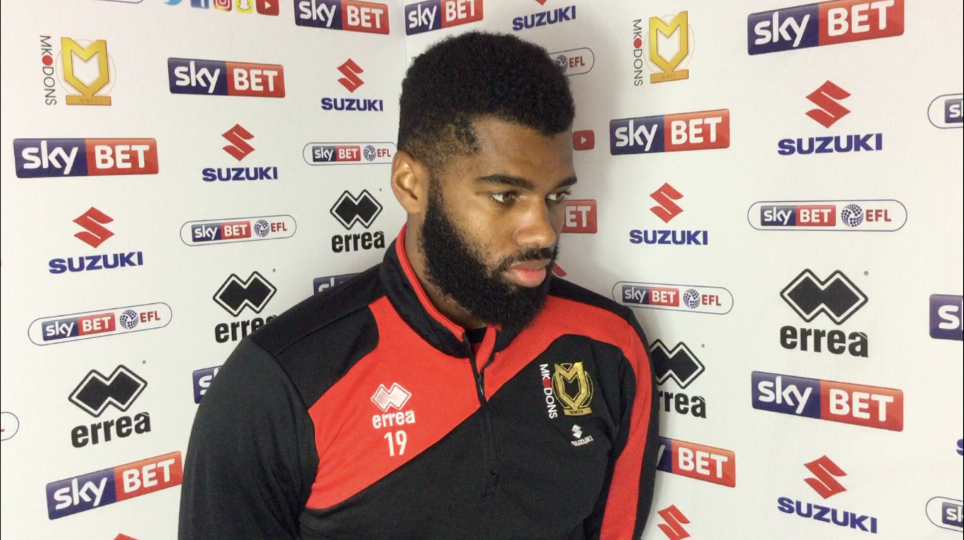