Carol Warner is the latest MK Dons supporter to win back the price of her Season Ticket thanks to the Academy Supporters’ Draw.

Carol was randomly chosen during half-time last weekend’s Sky Bet League One fixture with Fleetwood Town to win back the price she paid for her East Lower Season Ticket.

The Academy Supporters’ Draw is pivotal in generating additional revenue to help the identification, development and coaching of the best home-grown talents of the future.

To sign up to the Academy Supporters’ Draw, and show your support for the Club’s future talent, visit the Box Office at Stadium MK, call 033 2005343 or email boxoffice@mkdons.com. 
Can't make it to today's Sky Bet League One clash with Burton Albion? Supporters who aren't able to make the game can still watch the action LIVE courtesy of iFollow MK Dons.


Tickets for today's Sky Bet League One fixture with Burton Albion are available to buy right up until kick-off at Stadium MK. 
Launton Under-12s will be taking over Stadium MK on Saturday for MK Dons’ League One clash with Burton Albion. 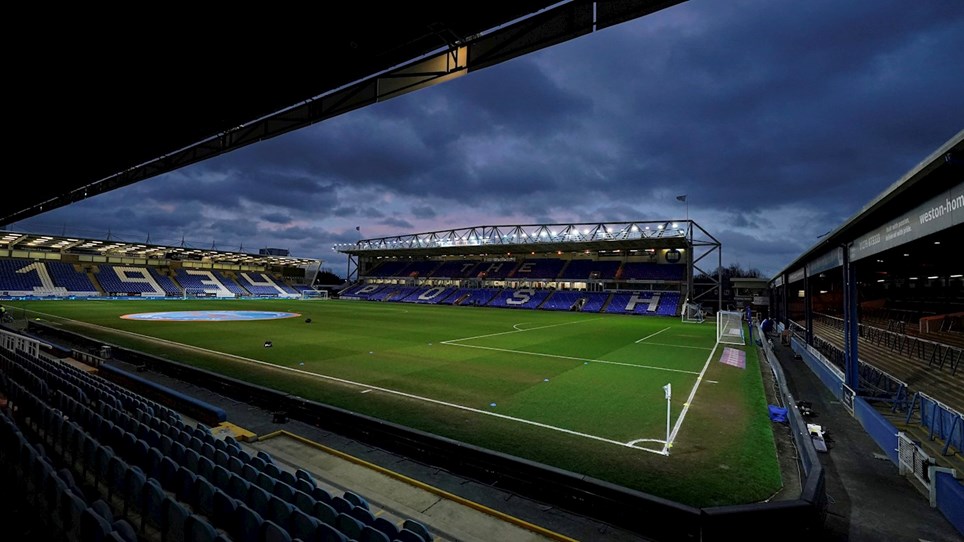 
Tickets are now on sale for MK Dons’ Sky Bet League One fixture with Peterborough United at the Weston Homes Stadium.