Robbie Neilson hopes his MK Dons side can reward the fans for their support this season, as they look to build on their 12th-placed finish in 2017/18.

Despite another testing campaign at Stadium MK, the Dons support never wavered with fans continuing to turn out in their numbers both home and away to back the team week in, week out.

Speaking exclusively to MK Dons PlayerHD, the Dons boss was full of praise for the supporters and wants to reward them with a successful 2017/18 campaign.

“I think the fans have been great,” Neilson told MK Dons PlayerHD. “They’ve turned out in their numbers home and away – they went to Peterborough (United) and Oxford (United) in their numbers and even at Walsall, on the final day, when they were very vocal.

Neilson continued: “It’s all about building this team and winning football matches – that’s what fans want to see. If we can do that, we will continue to grow the club and the fan-base.

“Hopefully we can all stick together over the summer, recruit well and have a good season in 2017/18 on the back of what has been a tough one.” 
MK Dons will be providing the opportunity for all Young Dons Club members to collect limited edition badges for every MK Dons league game they attend at Stadium MK. 
The University of Buckingham Medical School will collaborate with MK Dons, and emergency and public services this morning to simulate a major incident at Stadium MK. Back to School Bundle – bag a bargain!


Bag your Young Dons’ Back to School essentials at a bargain price! 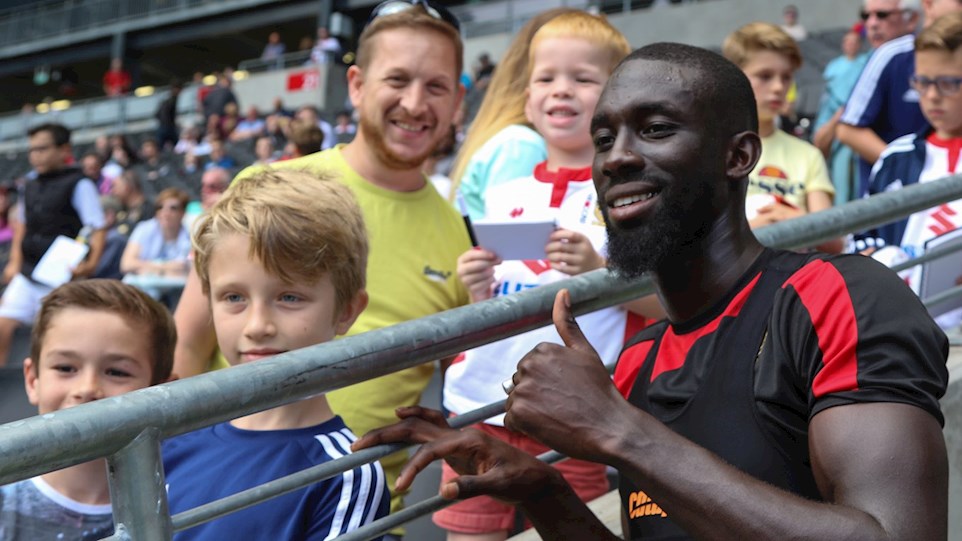 Fans turn out to watch the players train


MK Dons are back in front of the home supporters on Saturday but some fans were able to get glimpse of the side ahead of this weekend’s clash.