Each side played each other once before the top two teams – Watford and Crawley – battled it out in the final. It was the side from Hertfordshire, who took home the trophy, coming out on top 5-1.

The MKDSA side finished the tournament with one win, one draw and two defeats to their name. Their solitary success came against local rivals Northampton, with goals from Paul Wright and Rhys King securing a 2-0 triumph.

Sunday’s tournament took place in aid of the Changing Places project, which aims to install a specialised toilet facility at Stadium MK that will provide more space and the right equipment, including a height adjustable changing bench and a hoist.

The MKDSA have been fundraising for this project this season to help MK Dons Season Ticket holder Kieron Norton and his parents, who are pictured above with the teams, referees and volunteers. 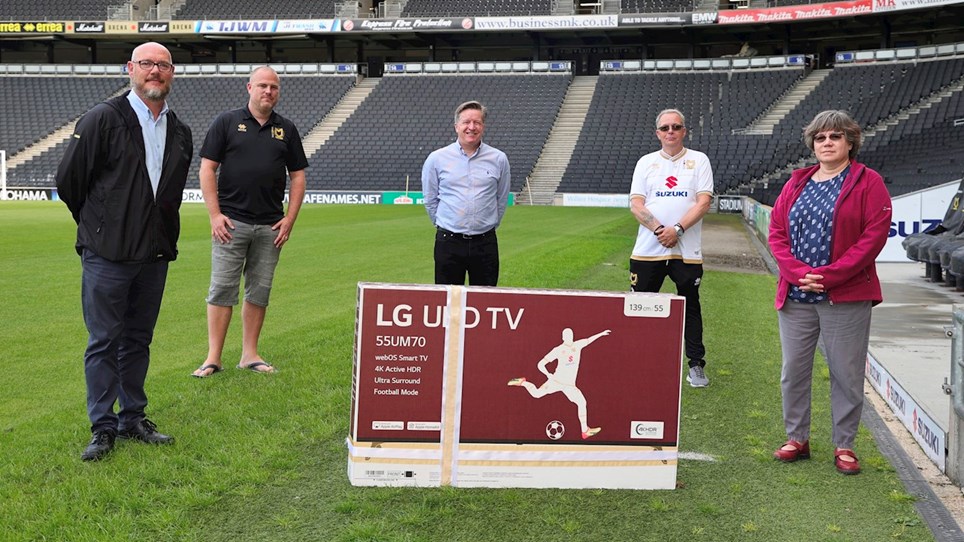 
The MK Dons Supporters Association (MKDSA) have kindly donated a widescreen TV to the Football Club for use in the Club Bar. MKDSA to host a Fans Forum at Stadium MK tonight!


The MK Dons Supporters Association will be hosting a free-to-attend Fans Forum at Stadium MK this evening.