After seven long weeks away, the MK Dons squad were back at Woughton on Friday to begin their pre-season training programme ahead of the 2017/18 campaign.

The men from MK1 were put through their paces by Head of Sports Science John Hill with a number of intense running drills, while Robbie Neilson and his backroom team ensured their feet remained on the pedal with a series of tough technical drills.

Scott Wootton was a stand-out participant, taking part in every drill in his first session back from a long-term knee injury. Chuks Aneke, meanwhile, worked off to the side with Head of Sports Medicine Simon Crampton as he continues his rehabilitation from a hamstring problem. 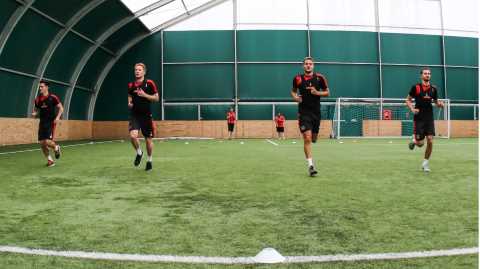 New first-team addition Conor McGrandles and first-year pros Hugo Logan and Sam Nombe were also among those involved in the session, along with a handful of trialists who will be looking to catch the eye during their time with the Club.

Peter Pawlett and Joe Walsh will join in training at a later date after a late end to their 2016/17 seasons – Pawlett with Aberdeen and Walsh because of international duty with Wales.

Today was the first of many tough days for the Dons in the build-up to their Sky Bet League One opener with Wigan Athletic on Saturday 5th August - make sure to stick with mkdons.com, iFollow MK Dons and the Club’s social media accounts for exclusive coverage of pre-season. 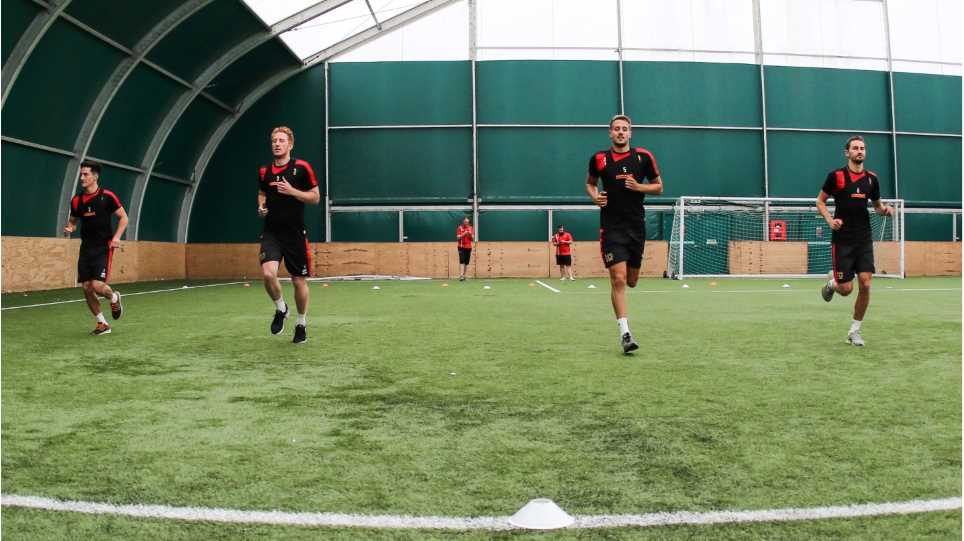