MK Dons returned to work on Tuesday for testing and observations ahead of the start of pre-season training later this week.

Robbie Neilson’s squad were split into groups for the day, with each group taking part in muscular and skeletal tests under the guidance of Head of Sports Medicine Simon Crampton and Head of Sports Science John Hill, as well as heart scans. 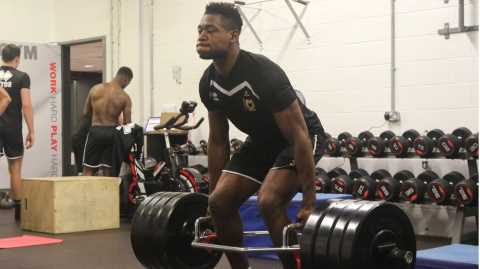 Among those present were new recruits Peter Pawlett and Conor McGrandles, as well as the returning Dean Lewington, Kieran Agard, last season’s Player of the Season George Williams and rehabbing duo Scott Wootton and Chuks Aneke.

Pre-season training will step up a gear for the Dons players on Friday when they head to Woughton on the Green to start their fitness-based sessions.

Like on Tuesday, the Dons’ media team will be on hand to provide comprehensive coverage.