The long came wait to an end on Tuesday night as MK Dons kicked off their pre-season campaign with a 3-0 win at Buckingham Athletic.

It was the first time Robbie Neilson’s men had been in action since the success over Walsall on the final day of the 2016/17 campaign at the end of April.

“It’s been nine weeks since our last run out so it's good to get the rustiness out of the players,” Neilson told iFollow MK Dons. “I thought they worked hard and we couldn't have asked for much more.

“It's good to get a result and three goals - it was pleasing and a great workout. It was nice to come down to Buckingham Athletic - they're great people and have a good team, played some good football at times as well.

“I don't think there were any stand-out performances, but you don't expect that at this stage.

“I spoke to the young lads at the end of the season and told them when they come back, it would be the whole squad coming together and we'd be playing these games.

“It's an opportunity for them to step up and show me what they've got. A couple of them did that and a few of them have shown they can be in and around the first team - maybe not playing every week but giving us an option.”

Robbie and his team have put the players through their paces since their return almost two weeks ago but the 37-year-old fully understands the friendlies are what the squad look to.

“They're desperate to get back to the games. When you come back, all you want to do is play football. The rustiness will go, it's always the same, so the next two games will be about getting us going and getting the confidence and touch back.

“We've not really been back for too long, but as soon as we were, the balls were out. It's really important to get used to it again and start working. I'm not one for putting the ball away for two weeks because while pre-season is about fitness, it's also about getting the team to know what you want them to do and I don't want to waste any time.”


MK Dons opened their pre-season campaign with a victory over Buckingham Athletic at Stratford Fields. 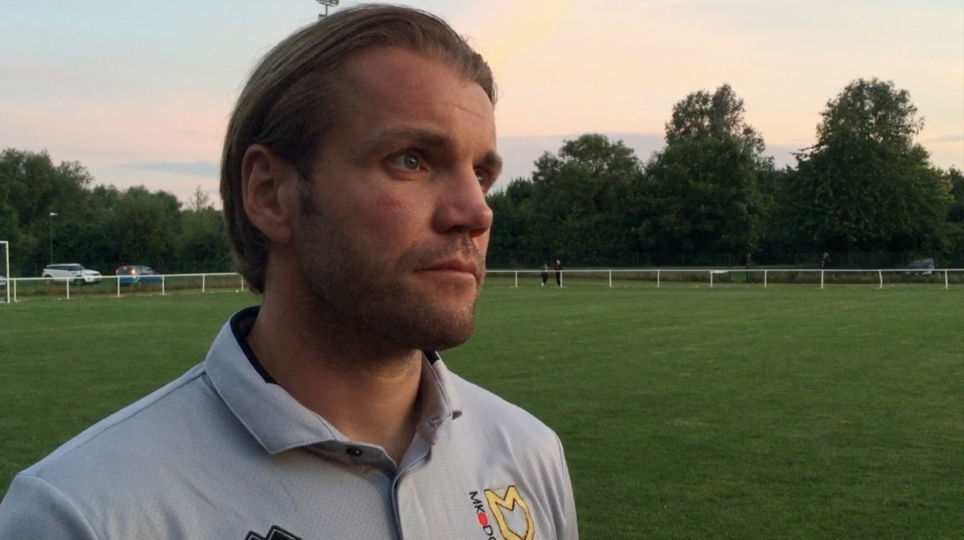