George Williams has put pen-to-paper on a new three-year deal with MK Dons.

Last season’s Player of the Year and also a product of the Club’s Academy, Williams re-joined the Dons in June 2016 on a two-year deal but has today (Wednesday) signed fresh terms to commit his future to Stadium MK until the end of the 2019/20 campaign.

The reliable defender made 42 appearances in a number of different positions this past season and was a near ever-present in the starting XI following Robbie Neilson’s appointment last December, missing just one match due to suspension. He also wore the captain’s armband.

“I’m over the moon,” the 24-year-old said in an exclusive interview with iFollow MK Dons. “I’ve loved being back here so I’m really happy to sign for another three years.

“Last season was a good one for me as I felt I did well. Each game I felt I was improving and I was really enjoying my football – it was probably the most I’ve enjoyed my football.

“Here’s to another good three years where we can hopefully kick on as a team, push for promotion to the Championship and stay there.”

Williams began his career in the Dons’ Academy as a 14-year-old but left in the summer of 2012 at the end of his apprenticeship.

He then enrolled at Loughborough University where he gained a degree in sports science with management. During his studies, he played for the University’s football side as well as Worcester City.

Williams impressed during his time with Worcester and his form earned him a move to Sky Bet League One outfit Barnsley, with whom he helped to promotion and an EFL Trophy triumph in 2015/16.

Despite making 22 appearances for the Tykes at the back end of their promotion campaign, Williams left Oakwell at the season’s end and opted for a move back to Milton Keynes where he established himself as a pivotal member of the squad.

Boss Robbie Neilson said of the deal: “Since I’ve come in he’s been one of our top players. He’s been fantastic and he’s exactly the type of player we want at the Football Club – he’s a top professional and he wants to be here too.

“He’s really hungry to progress and he really looks after himself. We believe he’ll advance further with us so I’m pleased to get him signed for the long term.” 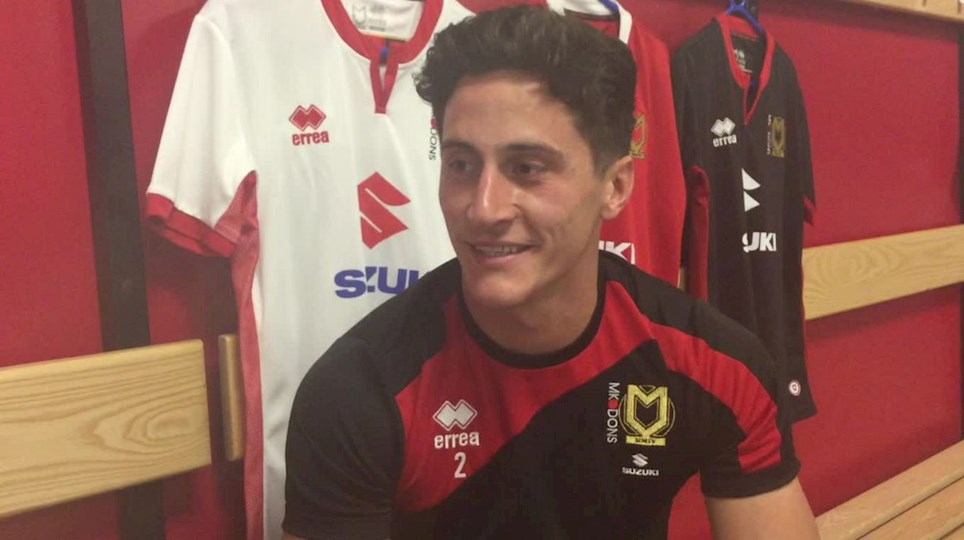 
Chuks Aneke has committed his future to MK Dons by penning a new two-year deal with the Club.