Robbie Neilson is hoping his side’s gruelling pre-season schedule will stand them in good stead for the season ahead.

Prior to his first full campaign in charge, Neilson and his team have put the squad through their paces including a week-long training camp in Hungary.

"The trip was excellent," he told iFollow MK Dons. "The facilities were first-class and I couldn’t have asked for any more from the players – their work rate was fantastic.

"With any pre-season, we’ll be able to judge it after a couple of games into the season but we are happy at the moment.

"They did around 17 sessions in Hungary so it’s been tough work for them, but it also gave them a chance to socialise with each other – togetherness is important. It’s been a good week but we need to continue that as pre-season goes on."

He added: "Because we cut the squad, some of the boys got 90 minutes in Hungary but that will bode well for them going forward. The goals we lost were probably down to fatigue – as the fitness levels continue to improve, decision making will improve."

In terms of the second friendly against Budaorsi SC, the 37-year-old said: "We looked a bit sharper and more dynamic when we were breaking.

Ethan Ebanks-Landell made his Dons debut in that fixture and the boss was impressed. Neilson said: "Ethan was very dominant in the early stages of the game.

"His fitness levels will improve but just from the first 10 minutes of his opening training session, I can tell he has the quality to take us to the next level. That was his first game so it will take a bit of time but he has added huge quality to us."

Neilson’s men, including new recruit Gboly Ariyibi, are back in action on Friday night when they take on Coventry City at Liberty Way, home of Nuneaton Town – click here for address, kick-off time and ticket details. 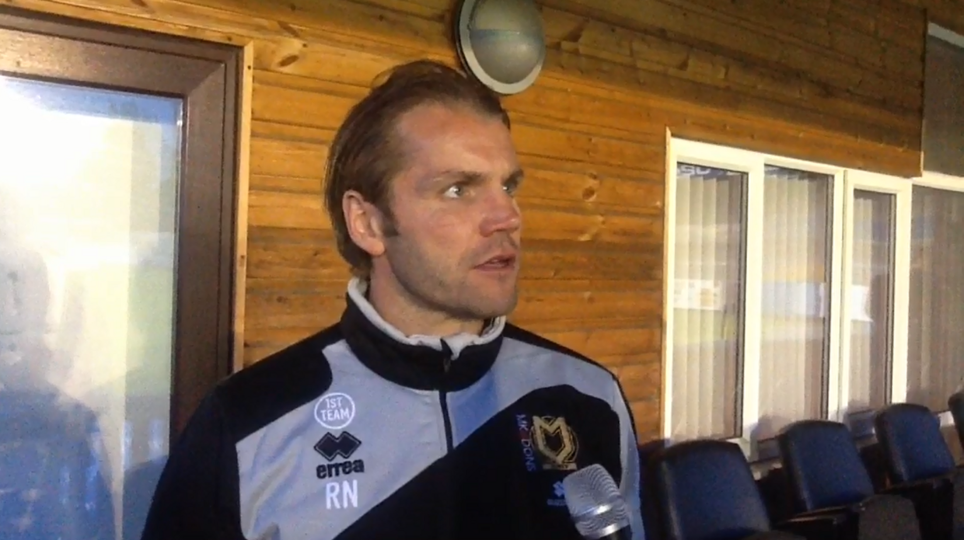