Robbie Neilson has bolstered his attacking options with the capture of Gboly Ariyibi from Nottingham Forest.

The exciting winger arrives at Stadium MK from the Sky Bet Championship side on a season-long loan deal.

Ariyibi’s superb displays for Chesterfield earned him a switch to the former European Champions in January, but the lure of regular first-team football and working under Robbie Neilson was the key to him making the move to Milton Keynes.

"I’m very excited," the former United States U23 international told mkdons.com. "I want to be playing games, plus the gaffer really wanted me to come here and that gives me a lot of belief.

"I’d like to think I’m an exciting player and hopefully get people off their seats."

Neilson told mkdons.com: "We’ve been working on this one for quite some time so we are delighted to finally get the deal completed.

"Gboly will bring another dimension to our squad with his explosive pace and aggression in 1v1 situations."

Despite being only 22, he already has 100 career appearances to his name for the aforementioned Forest and Spireites, while Ariyibi has also appeared for Tranmere Rovers on loan from Leeds United, his parent club at the time.

His arrival is the second at Stadium MK in four days following Ethan Ebanks-Landell's on Friday from Wolverhampton Wanderers. 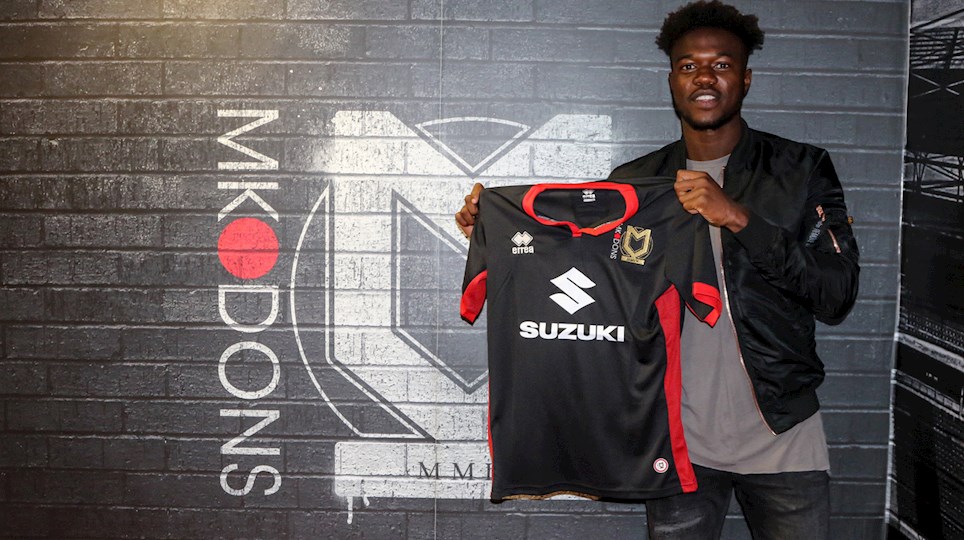