MK Dons bowed out of the Carabao Cup at the second-round stage despite a spirited showing against Premier League Swansea City.

Ryan Seager had given the men from MK1 the lead but a brace from Leroy Fer before goals from Tammy Abraham and Jordan Ayew saw the Swans progress at Stadium MK.

Robbie Neilson handed Wieger Sietsma and Conor McGrandles their MK Dons debuts for the visit of the Swans.

Chelsea loanee Abraham came close to giving the visitors an early lead but he chipped his effort narrowly wide of the left-hand post.

The Dons responded and Seager fired a warning shot before he opened the scoring on 17 minutes, finishing well from 15 yards after good work by Gboly Ariybi and Robbie Muirhead, who set up his strike partner.

Siestma made a strong save to deny the rampaging right-back on 32 minutes prior to a combination of Paul Downing and Dean Lewington cleared the danger.

At the other end, Ed Upson forced Kristoffer Nordfeldt into a good save away to his right from 25 yards as the Dons stemmed the tide and asked some questions of their own.

The next came from the industrious Giorgio Rasulo, who almost caught out Nordfeldt with a shot from a tight angle as the Dons ended the half well.

They still needed Downing to time a challenge correctly to go in level, which they did after competing well with the side from two divisions above.

The men from MK1 continued that into the second half and the impressive Callum Brittain almost picked out Rasulo before Ariyibi couldn’t pick out a team-mate on the edge of the box.

As the hour-mark approached, Ayew saw an effort superbly tipped over by Siestma, but there was nothing the Dutch keeper could do from the resulting set-piece as Fer headed home from close range once again to give the Swans a 2-1 lead.

A combination of Downing and Sietsma then denied Ayew after the Ghana international had shown some fancy footwork to work a shooting opportunity.

The Dons kept battling but Abraham made it 3-1 on 72 minutes, turning home from close range following more good work by Ayew.

With Saturday’s trip to Blackburn Rovers in mind, Neilson introduced some fresh legs but it was one of the starters – Lewington – who kept the scoreline to within two courtesy of a last-ditch tackle to deny Luciano Narsingh.

It was 4-1 on 86 minutes when Ayew perfectly placed a 20-yard effort into the bottom corner.

Despite the result, the Dons, who made eight changes for the match, can take confidence from the way they competed with the top-flight outfit. 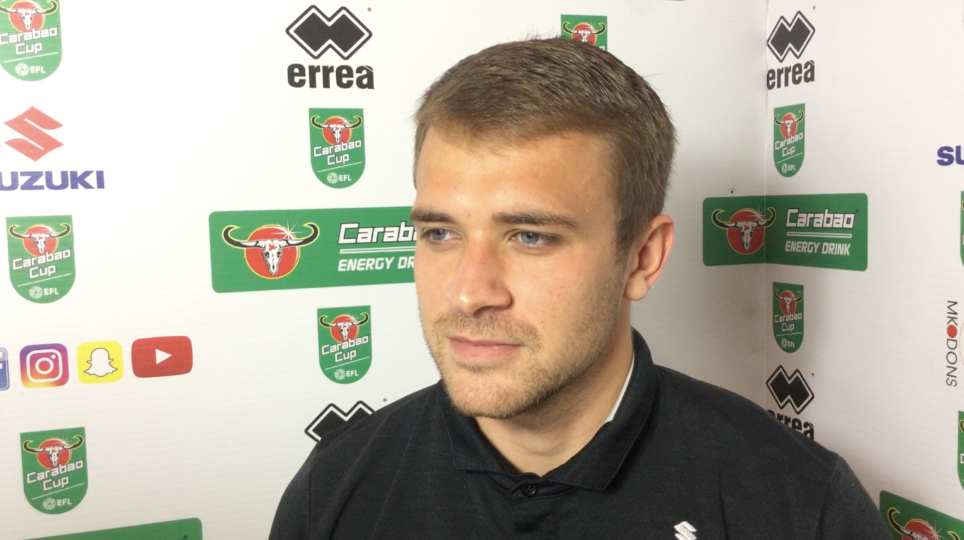