Sean Longstaff’s early goal was the difference in MK Dons’ first away league fixture of the new season.

Kieran Agard, Ethan Ebanks-Landell and Scott Wootton came close to earning a share of spoils but the Dons were unable to find a way past a stubborn home defence.

Wootton returned to the starting XI after serving his one-game suspension while Robbie Muirhead began up top.

Blackpool started the brighter of the two teams and they took the lead inside five minutes, Sean Longstaff firing home from 15 yards after a well-worked corner.

Both sides saw free-kicks blocked in quick succession as the game approached the 10-minute mark – Aaron Tshibola hitting the wall with the Dons’ effort.

A counter from Robbie Neilson’s men involving Tshibola, Muirhead and George Williams set-up a chance for Ed Upson, who forced Ryan Allsop into a save from 25 yards.

The former almost picked out Agard with an incisive pass before he shot over from the edge of the box after the corner had been partially cleared.

Dean Lewington made a superb tackle at the crucial time to thwart Blackpool as they looked to break on the Dons midway through the half.

Ariyibi delivered a dangerous corner on half hour but the Dons were unable to take full advantage, Wootton heading back across but no-one was able to finish.

Shortly afterwards, Agard saw a goal-bound header blocked before Ebanks-Landell sent one just past the right-hand post after meeting the lively Ariyibi’s set-piece.

Bright Osayi-Samuel shot wide after latching on to a reverse pass from 15 yards as the hosts momentarily threatened a second goal on 43 minutes.

The Dons started the second half on the front foot, immediately winning a corner after Muirhead’s header was deflected over the top before Agard cut in and fired wide from 20 yards on 50 minutes.

An Ebanks-Landell flick-on from a Ariyibi corner caused problems in the Blackpool defence but no-one couldn’t convert while, at the other end, Lee Nicholls pushed away Jimmy Ryan’s free-kick.

Blackpool were continuing to frustrate the Dons, limiting them to shots from distance – the latest saw Tshibola curl wide on 70 minutes.

At the other end, Nicholls got down well to gather Osayi-Samuel before Viv Solomon-Otabor dragged an effort wide after a purposeful run.

Nicholls was at it again a minute later, pulling off a superb double save from close range to deny the lively Osayi-Samuel.

Substitute Sam Nombe directed Agard’s right-wing cross off target before the latter forced Allsop into a smart save from 25 yards – Lewington was beaten to the rebound.

Nombe was impressing up top for the Dons, holding the ball up, bringing team-mates into play and running the channels, but good opportunities were still hard to come by.

That was the case until the 85th minute when an Ariyibi free-kick caused mayhem in the Blackpool box but Wootton was denied by a combination of Curtis Tilt and Allsop.

The Dons continued to try and create until the final whistle but were unable to find a leveller and left Bloomfield Road empty handed. 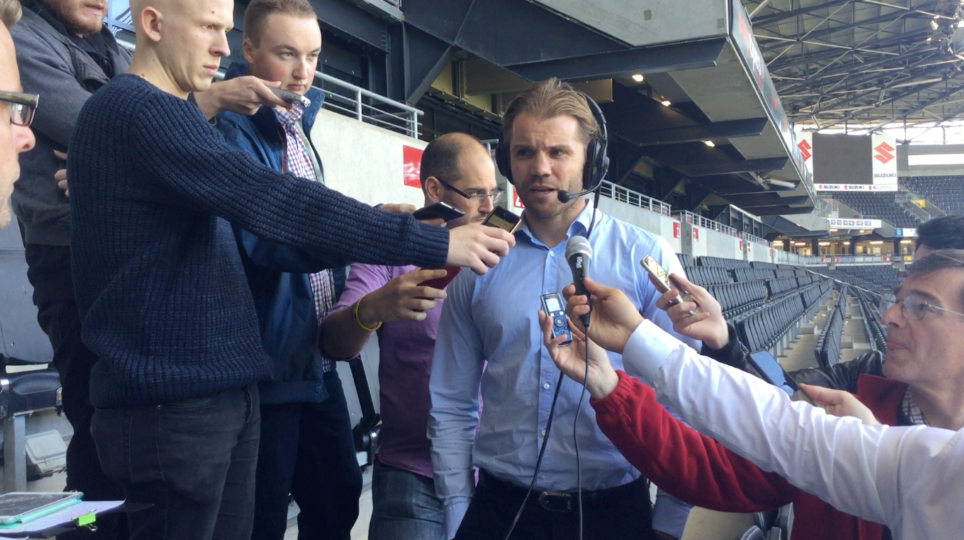