MK Dons will look to make a winning start to the 2017/18 season when they take on Wigan Athletic todyain their Sky Bet League One opener.

Robbie Neilson, in his first full season as Dons boss, will have aspirations for his side to improve on their 12th-place finish from 2016/17 and challenge at the top end of the League One table – three points in the curtain-raiser would be the ideal way to kick-off that push.

A win this afternoon would also extend the Club’s excellent record on opening day – the men from MK1 are unbeaten in their league openers since the 2009/10 campaign, while their last three have resulted in wins.

It’s time to get excited, Dons fans. Football is back.

After one year in the second tier, Wigan are back in Sky Bet League One this season but now under the guidance of Paul Cook, the Latics will have ambitions of making an immediate return to the Championship.

Cook has managed to keep hold of striker – and former Don - Will Grigg, who has scored 35 goals since moving to the DW Stadium in the of summer 2015. The Greater Manchester club have also bolstered their attacking options with the captures of Gavin Massey, Ivan Toney and Noel Hunt.

Wigan have also enjoyed a successful pre-season campaign on the pitch, remaining unbeaten in their summer friendlies. Their standout result came earlier this week when they thrashed non-league Chorley 14-0, but they also held Liverpool to a 1-1 draw back in early July.

Robbie Neilson: “It's a great challenge for us. They've come out of the Championship and retained a lot of their players and recruited well too.

“It's always exciting at the start of the season because everyone hopes they'll be at the top end of the table. The first four, five, six games of the season will start to give us an idea of that the table will look like and it's up to us to prove we're one of the top teams.”

Paul Cook: “We’re all very keen to get underway because there’s always a freshness about the start of the season for every club, not just for Wigan Athletic.

“We’re fully respectful of MK Dons because they’ve got a very strong squad and have recruited very well. I'm sure Robbie has had enough time now to have a good look at the league, and he’ll be fully aware of what we might bring too. I think it’ll be a very good game because it’ll be two teams who will try to play very good football."

Joe Walsh is suspended and Chuks Aneke sidelined but otherwise the Dons have a full squad available for today’s opener.

Walsh is sidelined for the next two matches due to the suspension he received at the end of last season for collecting 15 yellow cards. Aneke, meanwhile, continues to make good progress in his recovery from a hamstring injury.

Robbie Muirhead and Peter Pawlett, who have both been nursing knocks in recent weeks look set to be available to Neilson this weekend.

As for Wigan, a decision on former Don Will Grigg will be left until late but he did get a further 45 minutes under his belt in midweek. Elsewhere, reports suggest Reece James (foot) still needs more game time but Shaun MacDonald (leg break) will certainly miss the start of the campaign.

The official, who has been in the EFL since the 2014/15 campaign, refereed 30 matches last season, producing 100 yellow cards and four reds.

Johnson’s assistant referees are Wayne Grunnill and Garry Maskell while the fourth official is Mark Griffiths.

iFollow MK Dons will have live commentary of today’s match – click here to sign up for as little as £4.49 for a month or £45 for the season! 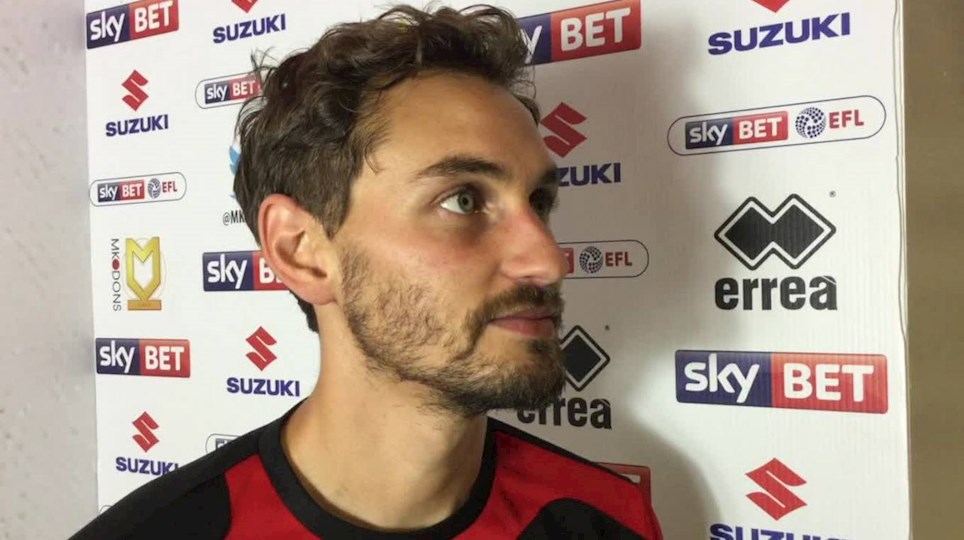 Ed up for curtain raiser