MK Dons will be looking to claim another Premier League scalp tonight when they take on Swansea City in Round Two the Carabao Cup.

The men from MK1 have a good record in this competition having previously knocked out the top-division sides Blackpool and Norwich City, as well as, of course, Manchester United back in 2014/15.

Robbie Neilson will hope to lead his side to another upset tonight and, in turn, secure a second home victory in the space of four days following the 1-0 triumph over Gillingham on Saturday – the team’s second win in 2017/18 along with the Round One success over Forest Green Rovers which set up this evening’s tie.

Will it be a third victory tonight for the Dons, to secure their place in Round Three?

Swansea arrive in Milton Keynes tonight eager to secure their first win of the new campaign.

Paul Clement’s side drew 0-0 with Southampton on the opening day of the Premier League season before suffering a 4-0 defeat at home to Man Utd last weekend.

The Swans will view tonight’s tie as a great opportunity to register that first success, in a competition that means a lot to the South Wales club – Swansea won the Carabao Cup, then named the Capital One Cup, just four years ago.

Their record at this stage of the competition is strong, having progressed through from Round Two each of the past four seasons they’ve entered at this round – it will be up to the Dons to stop that form this evening.

The Dons registered their first Sky Bet League One win of the season courtesy of a 1-0 triumph at home to Gillingham.

Robbie Neilson’s men were good value for their victory, which was secured when Osman Sow headed home an Aaron Tshibola cross on 47 minutes – Sow was making his debut for the Dons, following a move from China.

There was drama in the closing stages as both teams missed penalties – Kieran Agard saw his spot-kick saved by Gills goalkeeper Tomas Holy while Josh Wright cleared the crossbar with his effort from 12-yards.

The Dons, though, held on to record their first three points of 2017/18 – much to the delight of the home supporters at Stadium MK.

Swansea conceded three goals in four second-half minutes as they were beaten 4-0 by Manchester United on their first home outing of the season.

Jordan Ayew hit the crossbar early on for the Swans, who fell behind on the stroke of half-time when Eric Bailly prodded home after Paul Pogba’s header hit the crossbar.

Robbie Neilson: “It will be tough. We know they’ll have a lot of the play. They’ll look to be expansive, build from the back and play through the lines – it will be a lot different to 90 percent of League One games where you’re dealing with direct play.

“It’s a chance for us to compete against a top team. A lot will depend on who they bring but we just have to prepare ourselves correctly and give ourselves the best chance to get a result. It should be a competitive game.

Luciano Narsingh: “The cup is a different challenge because you are playing against teams who are in a lower league than you, but they will be looking to knock us out and cause an upset.

“We have to be focused and determined to win because doing well in the cup can help your form in the league.”

Robbie Neilson is expected to make changes from Saturday’s win, with an eye on the upcoming trip to Blackburn Rovers.

The Dons boss said there is a number of players who aren’t ready to play Saturday-Tuesday-Saturday at this early stage of the season, so will rest those individuals.

Chuks Aneke (hamstring) is the only definite absentee.

Paul Clement has revealed he too will make alterations to his starting XI but will still name a strong side.

Fringe players Kristoffer Nordfeldt, Jay Fulton and Luciano Narsingh are among those who may get rare starts for the Swans.

Robert Jones will the man in charge of tonight’s tie.

Jones has refereed two matches in 2017/18, producing a total of four yellow cards. He has yet to make sending off.

Jones, in only his second season as an EFL official, has never taken charge of a Swansea match.

Tonight’s assistant referees are Louis Marks and George Warren while the fourth official is Neil Hair.


MK Dons will be looking to stretch their unbeaten run to six games when they take on Doncaster Rovers at the Keepmoat Stadium on Saturday afternoon. 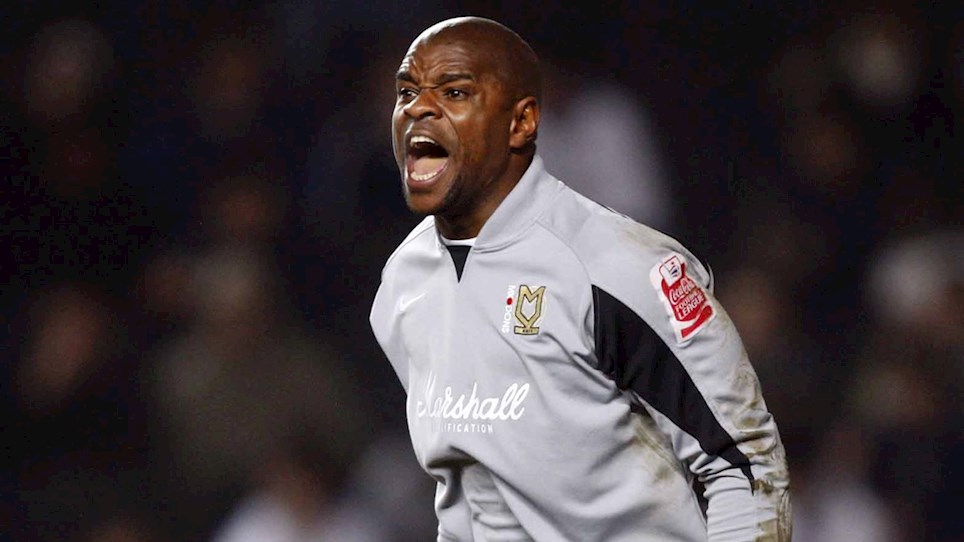 Played for both: Swansea City


mkdons.com looks at those players who have featured for both the Dons and this evening’s Carabao Cup opponents... 
Russell Martin's side are back on the road this Saturday as they travel to The Alexandra Stadium for their latest Sky Bet League One clash.