Golbourne began his career with hometown club Bristol City and progressed through the Academy to make his debut for the Robins in February 2005 – the defender was a second-half substitute in a 2-0 away win at Colchester United.

The-then 17-year-old featured a further eight times during the final four months of the 2004/05 campaign including a full appearance in a 2-1 win over the Dons at the National Hockey Stadium.

At the start of the following season, he added a further five league appearances to his name for City but in January 2006 he opted to leave Ashton Gate and sign for Championship outfit Reading. Golbourne made his Royals bow in a 3-1 win over Stoke City in April 2006.

The full-back joined League Two side Wycombe Wanderers on loan early in the 2006/07 season and established himself as a regular in the starting line-up at Adams Park. In total, he made 39 appearances for the Chairboys while he also scored his first senior goal – a late equaliser in a 1-1 draw with Grimsby Town.

The 2007/08 campaign saw Golbourne, once again, head out on loan, this time to AFC Bournemouth, who were then competing in League One. He played eight times for the Cherries during a two-month stay and scored one goal. He also featured twice for Reading, including a Premier League start against Bolton Wanderers.

Golbourne headed out for a third loan spell in three years when he joined Oldham Athletic midway through the 2008/09 season. He made eight League One appearances for Latics to accompany two EFL Cup outings for Reading.

In July 2009, Golbourne left the Madejski Stadium and moved to Exeter City on a one-year deal. He enjoyed an excellent first season with the Grecians, featuring 38 times and helping the Devon club secure their third-tier status.

The defender extended his stay at St. James’ Park and went on to score two goals in 51 appearances for the League One club during the 2010/11 campaign – his last full season with Exeter.

That was because midway through the 2011/12 season, after taking his appearance total for the Grecians to 121, he signed a two-and-a-half-year deal with Championship club Barnsley after an undisclosed fee was agreed for his services.

He played 12 times during the second-half of the campaign before establishing himself as a first-team regular at Oakwell in 2012/13 – he played 35 times that season and also scored one goal as he helped the Tykes avoid relegation.

Golbourne started all of Barnsley’s first six games at the beginning of the following campaign before he joined Wolverhampton Wanderers for an undisclosed fee in August 2013, which was reported to be in the region of £700,000.

He immediately cemented a place in the Wolves XI and appeared in 46 games for the Midlands outfit during their Sky Bet League title-winning campaign, providing eight assists.

Golbourne played 27 times during their Molineux club’s first season back in the Championship and remained a key member of the side right up until his departure in January 2016 – he finished with 92 appearances to his name for Wolves.

A move back to Ashton Gate was the reason for that departure, as Golbourne returned to his hometown team. He played an important role in helping the Robins avoid relegation in 2015/16.

The defender featured 27 times for the Robins during the 2016/17 campaign but has been limited to just one squad appearance this season.

Golbourne, therefore, will be looking to get back to playing regular first-team football during his short-term spell at Stadium MK. 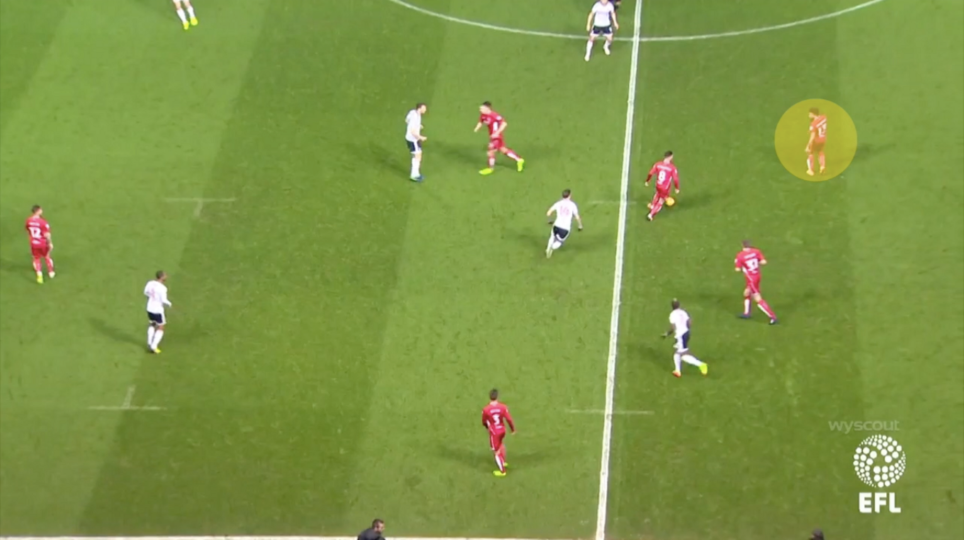