Callum Brittain was one of eight players given a chance to impress in Tuesday’s Carabao Cup tie with Swansea City and the defender relished the opportunity to test himself against Premier League opposition.

Brittain, matched up against Ghana international Jordan Ayew for most of the night, put in a solid shift at Stadium MK and although disappointed to come out on the losing side, the 19-year-old feels there a lot to be gained from the clash.

“It was a good experience,” Brittain told iFollow MK Dons. “I was buzzing when I saw I was starting against such a strong side – the gaffer putting me in against players like that is definitely a confidence-booster.

“Overall, it was disappointing to have lost but I enjoyed the test and I learnt a lot which will help me in my career.”

Despite the many changes, the men from MK1 were competitive for the majority of Tuesday’s tie and enjoyed good spells against a Swansea side which didn’t look too dissimilar from the XI which featured against Manchester United in the Premier League last weekend.

“We had some good chances and we got forward a lot. Overall, though, their quality showed and they came out on top.” 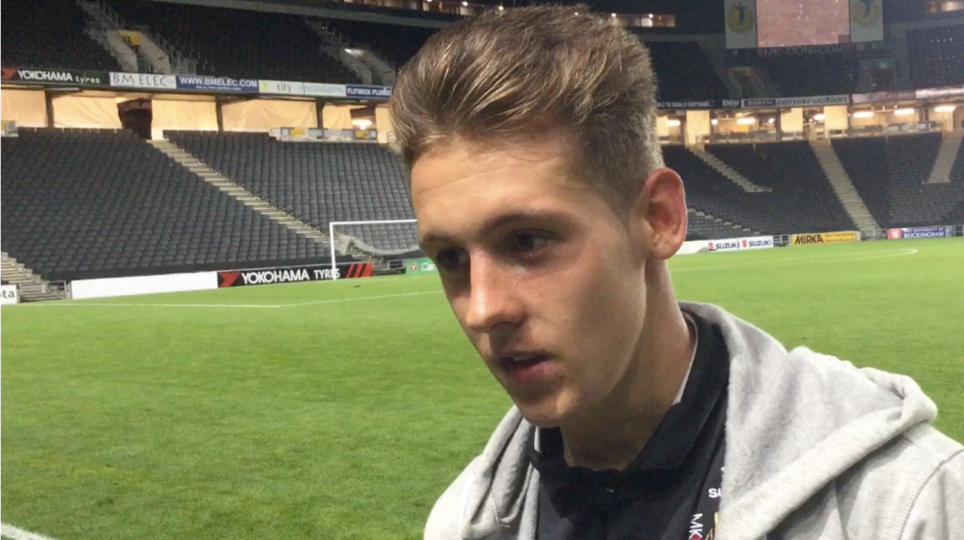 
MK Dons will be looking to claim another Premier League scalp tonight when they take on Swansea City in Round Two the Carabao Cup.