With the Sky Bet League 2 Cobblers’ training ground affected by the recent heavy rain, Karl Robinson and his Dons side invited their neighbours over to the indoor dome to take part in a serious of small sided games.
Unfortunately former Dons Clive Platt and Mathias Kouo-Doumbe weren’t in attendance due to injury but striker Izale McLeod was able to catch up with some old faces having just recently completed a loan spell at Sixfields.
this weekend.mkstadiumThe Dons were, of course, preparing for their clash with Shrewsbury Town at
Tickets for this game will be on sale right up until kick-off from the MK Dons Box Office at stadiummk, the kiosk at thecentre:mk and online.
or click here for season ticket holder/member tickets or the kiosk at thecentre:mk, call 01908 622900 or e-mail boxoffice@mkdons.com. Tickets can also be bought via the Online Ticket Service – mkstadiumTo purchase tickets, visit the MK Dons Box Office at click here for non-season ticket holder/non-member tickets

Gallery: Dons putting in the work at St. George's Park 
Russell Martin is excited to take his MK Dons squad to St. George’s Park this week, as pre-season preparations ramp up ahead of the 2021/22 campaign. 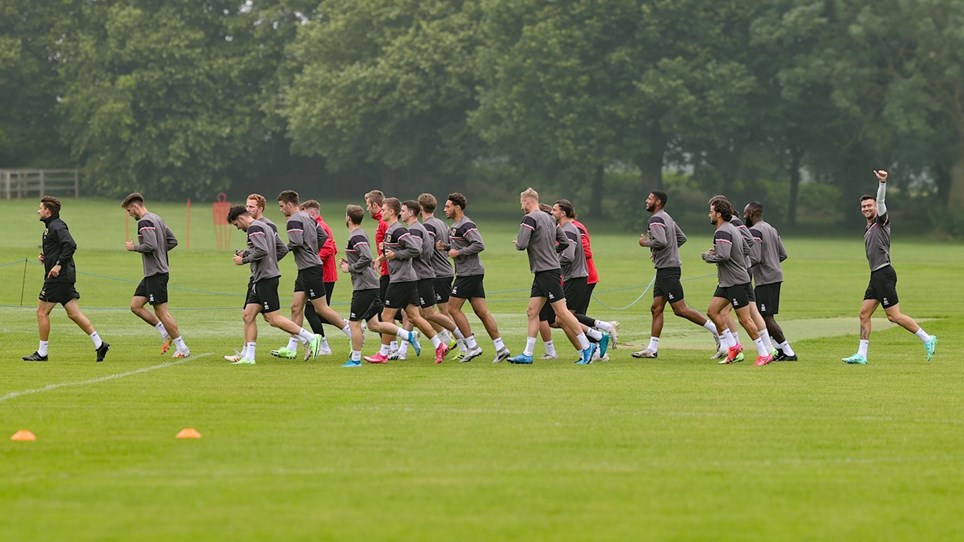