The University of Bedfordshire has signed an agreement to become a official partner of Milton Keynes Dons Football Club’s Academy for the remainder of the 2013/14 season.

The new Partnership will see the University, who launched University Campus Milton Keynes (UCMK) at Saxon Court earlier this month, become the lead sponsor of seven of MK Dons Academy teams, which are overseen by Director of Youth Mike Dove, ranging from Under-9s to Under-15s.
Additional features of the agreement include the corporate sponsorship which will see the University brand across various MK Dons digital and print platforms, communications to all academy players,  as well as big screen adverts at stadiummk.
The relationship will also involve the University’s Student Recruitment team attending Academy recruitment days.
"It’s fantastic that we have had the opportunity to open our latest campus in central Milton Keynes. We are fully committed to offering world class education to Milton Keynes on a local, regional, national and international scale.” said Dr Paul Sant, Associate Dean of UCMK.
“It is also exciting that we have received a huge amount of local support from partners in Milton Keynes, especially at MK Dons FC.
“We really look forward to the successes that this venture can bring and look forward to strengthening our partnerships with the MK community."
As part of MK Dons’ Citizen Family Dons Big Day against Rotherham United on Saturday 19 October, the partnership was officially launched with a pitchside presentation prior to kick-off, with Dons director John Cove and Vice Chancellor Bill Rammell amongst the presentation party.
Director of Youth Mike Dove said: “It is fantastic to see the University of Bedfordshire getting behind the Academy and showing support to local boys aiming to achieve their dream.
“This partnership also highlights to our young players how important education is and points to an alternative future if they do not make it in the professional game. I am looking forward to working with the University of Bedfordshire and hope our partnership goes from strength to strength.” 
After only a year of being an Official Club Partner, leading pizza franchise, Papa John’s, has already agreed a new deal to expand its support of MK Dons by becoming an Elite Partner for the next five... 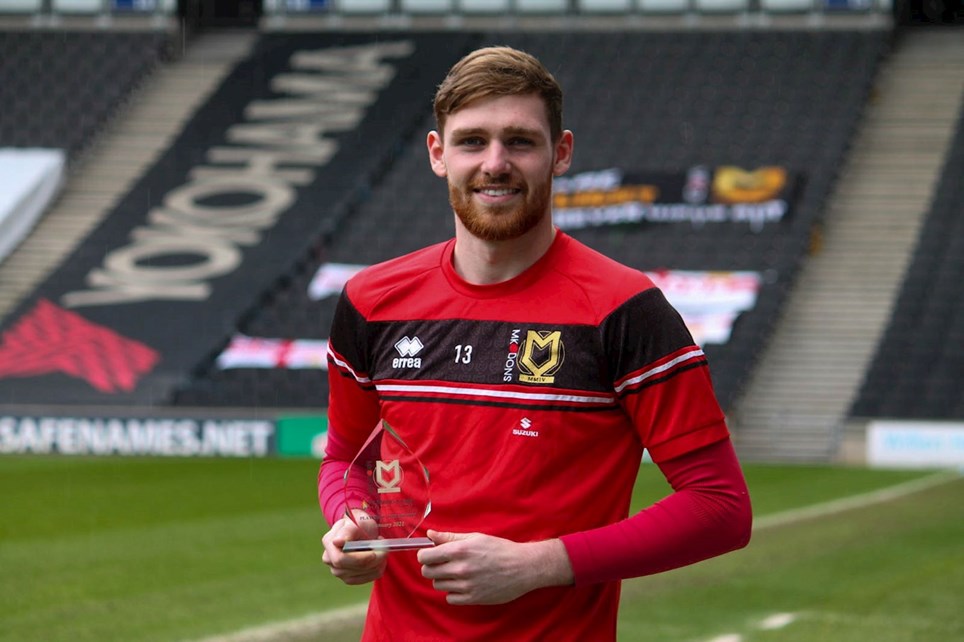 Fisher named Plumbing and Gas Solutions Player of the Month


Andrew Fisher has been named Plumbing and Gas Solutions Player of the Month for the Month of January.