Chesham United netted twice in extra-time to beat MK Dons 3-1 and knock them out of the Berks and Bucks Senior Cup at the Quarter Final stage.

The Dons had taken the lead thanks to Izale McLeod’s first half penalty but the lead lasted a matter of minutes before Inih Effiong equalised for the hosts. The score remained at 1-1 at the end of 90 minutes to take the game into extra-time which is when Effiong’s stunning strike and Toby Little’s dinked effort were enough to guide Chesham to victory.
The Dons named a strong side with six of the starting XI involved in the side’s FA Cup victory just three days earlier while youth team players completed the make-up of the team. McLeod started up front on his own with support coming from Jason Banton, Giorgio Raulso and Kelvin Osei-Addo while George Baldock and Tom Flanagan added some first team experience in front of Ian McLoughlin.
Chesham United started brightly with Dave Fotheringham registering the first shot of the match after a strong break down the right-flank before his drilled effort was palmed away by McLoughlin.
The hosts could have taken the lead inside 20 minutes when McLoughlin punched clear a free-kick from the left but the ball fell straight to Effiong who turned a superb volley goal-bound only for Flanagan, skipper for the night, to deny him with a block on the line.
The tall athletic figure of Effiong caused the Dons’ backline a number of problems and when he side-stepped his way past Baldock it opened up a sight at goal. The forward dragged a low cross-come-shot which skimmed just wide as no United player could poke the ball home at the far post.
The Dons were enduring a frustrating evening in front of goal with Osei-Addo and McLeod both seeing chances go begging while good runs from Baldock and Banton were stifled by an alert United defence.
The visitors had slowly found their feet in the match as the finished the first half the strongest. Baldock once again was at the heart of the Dons’ good move as he provided an inch-perfect cross into the box which Rasulo connected with first time. The youngster, however, was denied the opener of the match by an excellent tip over the bar from James Beasant.
The Dons were fast out of the traps following the interval and when Flanagan was tripped in the box the referee had no alternative but to award a penalty. McLeod stepped up to the spot and put away a great penalty as he tucked the ball into the roof of the net.
However, the Dons lead lasted just four minutes as Effiong, who had been a thorn in the defence’s side all evening, pounced on an error from the back four to slide the ball past McLoughlin.
Despite Chesham levelling the terms it was the Dons who remained on the front foot with McLeod showing dancing feet before Beasant saved his close-range and Summerfield showed great creation as he sent a lobbed effort just inches over the bar.
Summerfield’s long ball was deflected by a United defender and fell into the path of McLeod who had a one-on-one opportunity with Beasant but the Chesham goalie was able to smother the ball at his feet.
Extra-time was edging ever-closer but the Dons continued looking for a winner with Banton skimming a fine free-kick over the bar and Kabongo Tshimanga, on as a substitute, had a low shot saved by Beasant.
When Galloway was brought down on the edge of the box it offered the Dons another late chance to grab a winner and it looked as though they could wrap up the match when Baldock’s free-kick was deflected to an unmarked Rasulo, but he couldn’t prevent his shot from rising.
Neither side were able to find a winner in 90 minutes so the game was forced into extra-time and it took the hosts just two minutes to take the lead for the first time in the game. Again, it was Effiong who proved the difference with a spark of creativity from nothing as he lashed the ball into the top corner of the net.
Chesham looked hungry for a place in the semi-final as they bagged their second goal of extra-time in the 106th minute when right-back Little pushed up the pitch before chipping the ball over McLoughlin.
The Dons tried to find a route back but the game fizzled out into a 3-1 loss.
Chesham United: Beasant, Kyriacou, Little, Lambert, Brown, Stewart (Wales 46), Fotheringham, Thomas, Dillon (Wilson 81), Potton (Wales 81) , Effiong.
Subs not used: Roberts. Gordon, Bathwaite.
Goals: Effoing 52, 92, Little 106
MK Dons:  McLoughlin; Baldock, Flanagan (c), Hickford, Tilney; Summerfield, Galloway; Banton, Rasulo, Osei-Addo (Tshimanga 70); McLeod.
Subs not used: Burns, Wiltshire, Weston, Tingey.
Booked: Baldock
Goal: McLeod (pen) 48

Charlie: I want to be a big player for MK Dons


Despite being in the formative years of his professional career – Charlie Brown has set himself the target of making a big impact at Stadium MK. 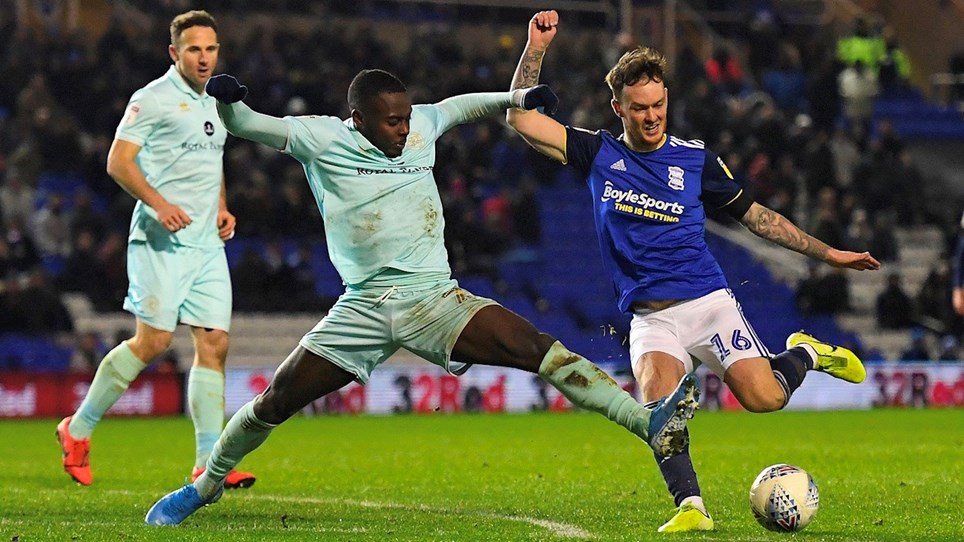