This weekend’s big home game against AFC Bournemouth is the last ‘Ambassadors’ fixture of the season.

Ambassador fixtures allow season ticket holders to bring two friends for just £20, or four for £40 and receive a free upgrade toclubRed for another game of their choice.
clubRed season ticket holders can bring three friends for £45 and receive a pre-match tour of the dressing rooms and if they bring five friends for £70, will receive a pre-match tour and a signed matchball.
After their exploits in the FA Cup throughout January the Dons will be keen to re-focus on their League campaign by kicking off a big month of fixtures with an exciting clash against the Cherries.
The two sides last met in the early days of the 2012/13 season when the Dons were reduced to 10-men but went on to claim a valuable 1-1 draw at Bournemouth.
Dons, though, will be looking for a three point return at stadiummk as they go toe-to-toe with their promotion rivals.  for the AFC Bournemouth game please call the Box Office on 01908 622900.mkstadiumTo bring your friends to 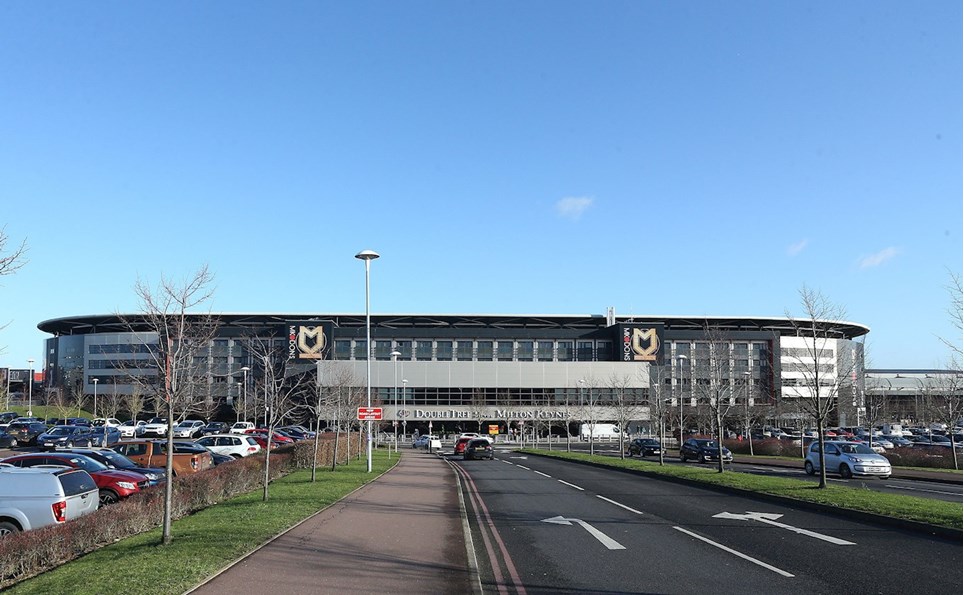 
Next month's Sky Bet League One fixture with Gillingham has a new kick-off time.


MK Dons return to Stadium MK action this weekend when they take on Ipswich Town - a match which supporters can watch courtesy of iFollow MK Dons.