MK Dons progression to the fifth round of the FA Cup with Budweiser has meant that the Buckingham Big Day has been postponed.

The event was originally set to take place on Saturday 16th February when the Dons were scheduled to take on Swindon Town but after the meeting with the Robins was moved to April because of Karl Robinson’s side’s Last 16 clash with Barnsley, a new date has been chosen.
Therefore the Buckingham Big Day will now take place on Saturday 2nd March when the Dons do battle with Preston North End in another blockbuster tie at stadiummk.
Supporters with an MK18 postcode, therefore, are entitled to purchase tickets for this match for only £10 for adults and £3 for under-18s. Group ticket discounts are also available, with ticket prices just £5 for adults and £1 for under-18s if bought as part of a group of 20.
Supporters who have already purchased tickets discounted tickets for the original Buckingham Big Day fixture have three options available to them, which are as follows:
Those who have purchased tickets for the Swindon Town game are eligible to exchange their ticket for a ticket to the Preston North End match. To do this please visit the Box Office at stadiummk or thecentre:mk or call 01908 622900.
Those who have purchased tickets for the Swindon Town game can also keep hold of their ticket and use it for the re-arranged fixture with the Robins, which takes place on Tuesday 9th April, kick-off 7.45pm. Please note, though, that all the matchday activities highlighting Buckingham will all take place at the game with Preston North End.
Alternatively, you can apply for a full refund. If so, please return your ticket to the Box Office at either stadiummk or thecentre:mk.
Supporters who have purchased coach travel for the Swindon Town game will be able to use their coach ticket for the Preston North End game. The special subsidised coach has been organised to run direct to stadiummk from the Buckingham Town Centre Bus Stand with a return fare of just £5. Coaches will depart at 1.30pm from Buckingham and depart from outside Gate 4 at stadiummk at 5.10pm. Please note there will be no subsidised coach service running to the re-arranged Swindon Town fixture.
Fans living in Buckingham are also reminded that they can still collect their free ticket for the Buckingham Football Forum which will take place on Thursday 7th February at Buckingham Athletic Football Club. Manager Karl Robinson and captain Dean Lewington will be on hand to answer questions, along with Executive Director Andrew Cullen as well as representatives from Buckingham Athletic Football Club. Tickets are available to collect now from the MK Dons Box Office or the Old Gaol in Buckingham.
or thecentre:mk or call 01908 622900.mkstadiumFor more information on the Buckingham Big Day or to purchase tickets for the re-arranged Buckingham Big Day, please visit the Box Office at 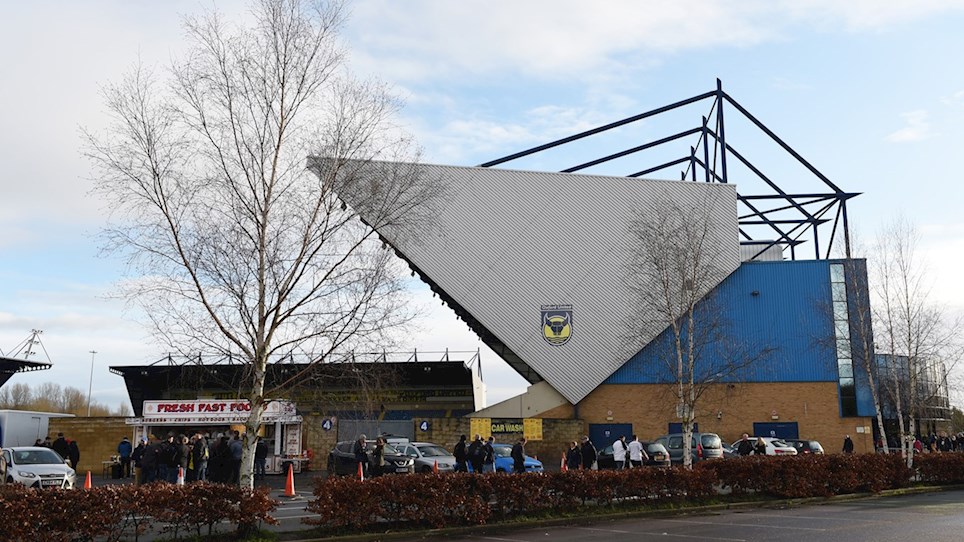 Oxford tickets - travel to the Kassam Stadium for a tenner!


Season Ticket holders and members can travel to the Kassam Stadium for just £10 next month, with coach prices reduced for the Sky Bet League One fixture with Oxford United. 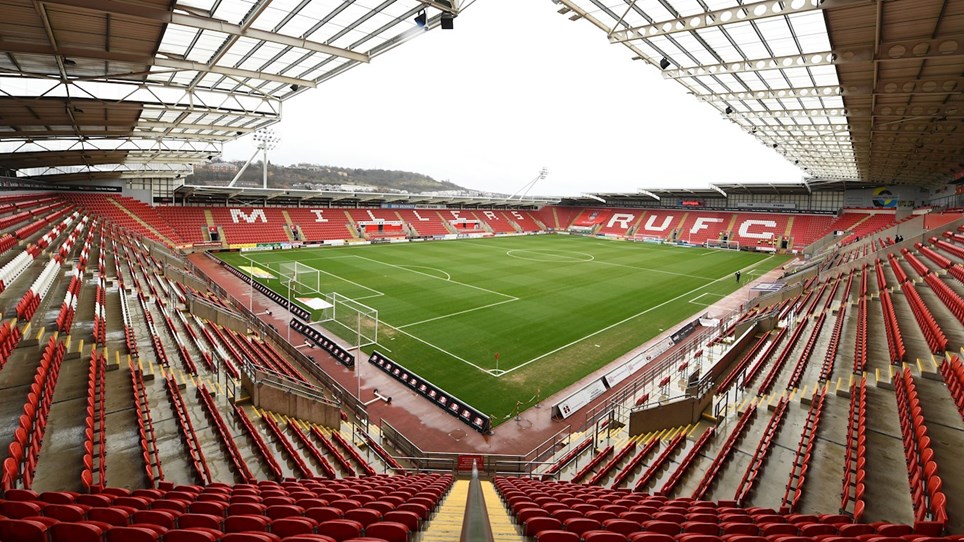 Rotherham tickets - back the Dons in South Yorkshire on Saturday!


Secure your tickets and travel for Saturday’s Sky Bet League One clash with Rotherham United at the AESSEAL New York Stadium. 
MK Dons will host their second Family Fun Day of the season next month, when Russell Martin’s men take on Gillingham at Stadium MK.