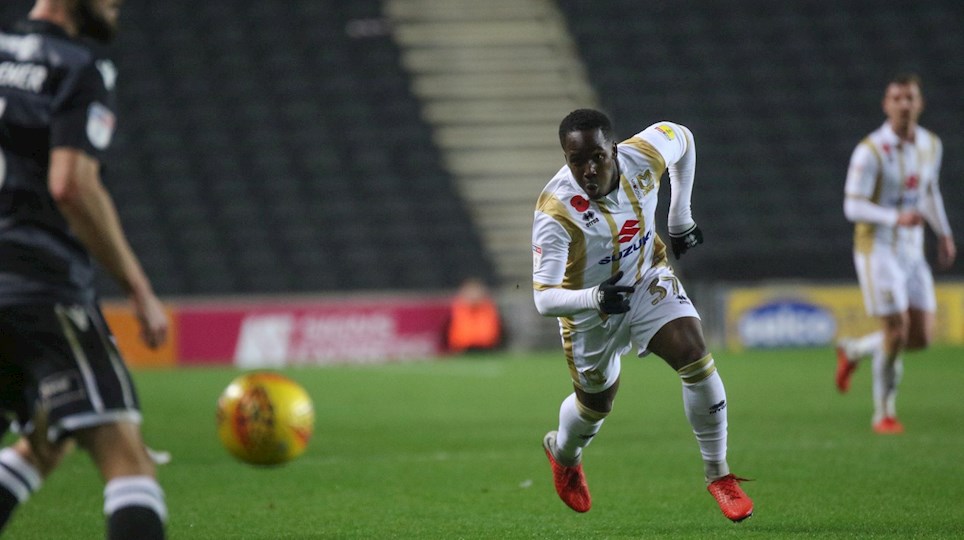 Thomas-Asante opened the scoring for Edu Rubio’s side on the quarter-hour mark, driving home from Dylan Asonganyi’s cross.

Asonganyi was involved again for Dons’ third as, from another one of his saved shots, Thomas-Asante tapped in his second goal of the afternoon.

The 17-year-old then got himself of the scoresheet before half-time, sending a controlled lob over the Southend stopper to make it 4-0.

A minute into the second half, Southend pulled a goal back courtesy of Eren Kinali, who found a way past Stuart Moore with a superb effort off the post.

The Dons, though, restored their four-goal advantage just four minutes later - Thomas-Asante sliding in to meet a Nesbitt cross and complete his hat-trick.

Thomas-Asante capped a superb solo performance by scoring a fourth in the 55th minute and that proved to be the final goal in what was an excellent afternoon’s work for Rubio’s Dons side.

Speaking after the match, Rubio said: “We are very pleased with today’s performance. We managed to play great football and all the lads showed brilliant application and determination.”