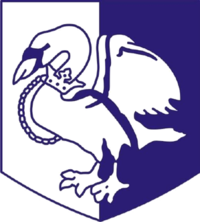 MK Dons take on Marlow this evening looking to secure a place in the Semi Finals of the Berks and Bucks FA Senior Cup.

The Dons overcame Wantage Town 3-0 in their Round of 16 clash, with a Brandon Thomas-Asante finish and a late Jenson Wright goal securing their passage.

They now face Marlow at their Alfred Davis Memorial Ground with a place in the Semi-Finals on offer for the winner. Either Slough Town, Reading or Aylesbury United/Maidenhead United await the victor in the Final Four.

The Blues currently sit second in the table having lost just four of their 24 matches this campaign. They have scored 42 league goals in 2018/19 and, with only 20 goals conceded, boast the best defensive record in their division.

Marlow, two-time winners of the competition, secured their place in the Last 8 with wins over Didcot Town and Ascot United.

MK Dons put in a professional performance to beat Wantage Town 3-0 in the last round of the BBFA Senior Cup.

Brandon Thomas-Asante opened the scoring in the first half for Edu Rubio’s side before doubling the advantage after the interval.

The Dons’ third and final goal arrived late in the game - substitute Jenson Wright the goalscorer.

Marlow also enjoyed a 3-0 victory in their Last 16 tie with Ascot United.

Marcus Mealing netted the first for the Blues, heading home with his very first touch. He then rose again power in a second header shortly after the hour.

A third goal to finish matters followed late on with Jay Welch in the right place at the right time to turn in a low shot.

Just like in the last round, MK Dons’ side will likely be made up of young professionals and Academy players.

Oran Jackson, Sam Nombe and Liam Sole are likely to be unavailable due to their loan commitments but Finn Tapp, David Kasumu and Dylan Asonganyi could all feature.

In terms of Academy players, Rubio’s should have his entire Under-18s squad available for selection with the exception of first-year scholars John Freeman and Ollie Leach, who are unavailable due to injury.

Entry to the match is priced at £8 adults and £4 concessions. Supporters can pay for entry from the Ticket Office at the Alfred Davis Memorial Ground.

Can’t make the tie? Match updates will be provided on mkdons.com and Twitter while a full report will be published shortly after the final whistle.

A young MK Dons team exited the Berks and Bucks FA Senior Cup at the Quarter Final stage after a 1-0 defeat to Marlow at Oak Tree Road.

Adam Richards scored the only goal of the game on 15 minutes to send his side through to the Last 4 of the competition at the expense of Edu Rubio's Dons.

Rubio’s side included three young professionals in Finn Tapp, David Kasumu and Dylan Asonganyi, while the remainder of the starting XI was made up of players from his Under-18s squad.

The Dons started bright and registered the first shot of the game in the fifth minute. Jay Bird’s looping cross was cleared away by the Marlow defence but only as far as Matthew Sorinola, whose long-range effort was saved.

They maintained the early pressure but fell behind with a quarter of an hour on the clock when the hosts took advantage of a free-kick. Midfielder Chris Ovenden initially hit the crossbar with a header from the set-piece but the loose ball found its way to Richards, who fired under Alfie Jones to break the deadlock. 1-0.

Rubio’s team went in search of an instant replay and were presented with a chance to do so when they were awarded a free-kick of their own in the 22nd minute. Asonganyi, the man fouled, went for goal but saw his effort blocked by the wall.

An even better opportunity fell the way of Sorinola with five minutes to play in the half but he couldn’t take advantage and equalise. The left-back raced into the area and was found by an excellent chipped pass from Kasumu. He had time to pick his spot but, in the end, wasn’t able to keep his effort down.

Asonganyi also went close in the closing stages of the first period, producing a smart save out of Marlow goalkeeper Simon Grant with a low right-footed shot, while Jones denied Kelvin Bossman at the other end with a brave stop.

The Dons went about levelling the scores right at the start of the second half, with Asonganyi firing an early shot over the bar following a quickly-taken free-kick.

Moments later, Marlow’s Chris Ovendon found himself with a great chance to double the home side’s advantage, after running, unopposed, onto a low cross from Devontae Romeo. Fortunately for Rubio and his side, the midfielder’s close-range effort was tame and straight at Jones.

Martin almost made Ovendon and Marlow pay but, after working his way into the box, he was dispossessed by an excellent sliding tackle from Richards. The second-year scholar had another opportunity in the 57th minute, following some excellent solo work in the area - Simon Grant, however, managed to keep out his low strike.

The chances kept coming for the visitors, with Jay Bird the next man to threaten an equaliser with a drilled right-footer which Grant watched whistle just wide of his post.

On 62 minutes, Rubio brought on striker James Holmes to aid his attack. Shortly after his arrival, he almost connected with a whipped cross from Sorinola but was beaten to the ball by the Marlow keeper.

It was virtually all MK Dons in the final quarter of an hour but Marlow did offer one reminder of their threat when Richards fired a shot towards the top right-hand corner. Jones, though, kept the attempt out with a stunning diving save.

Rubio’s side continued to press in the latter stages but weren’t able to create enough to trouble the home defence, who held out to send Marlow through to the semi finals.