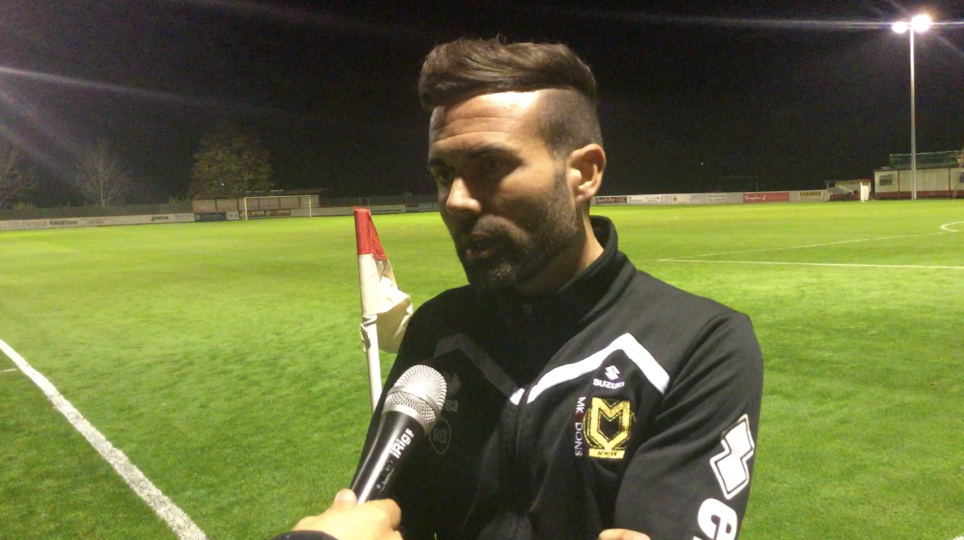 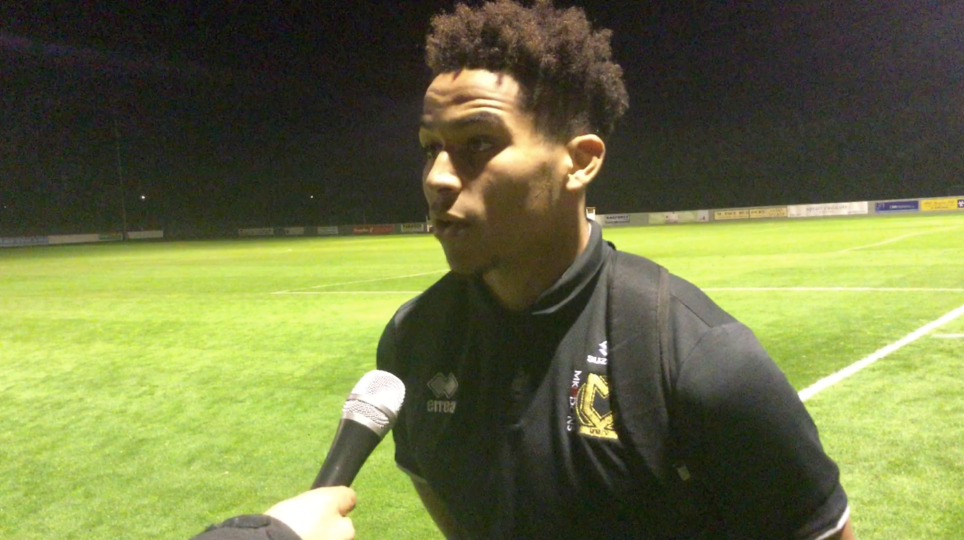 Nombe on making an impression

MK Dons Under-23s were left frustrated by AFC Wimbledon in their first Central League fixture at Brackley Town but they did earn a point thanks to Sam Nombe’s late goal.

Nombe struck with 10 minutes remaining to cancel out Anthony Hartigan’s early effort, in a Central League fixture that Edu Rubio’s dominated throughout.

Before they could get into their stride, though, AFC Wimbledon took the lead through midfielder Anthony Hartigan, who fired home a right-footed shot from just inside the penalty area. 0-1.

The Dons responded well and threatened the AFC Wimbledon goal with a Brandon Thomas-Asante effort which was blocked and a header from Oran Jackson which was claimed by goalie Nik Tzaneu.

Thomas-Asante had another attempt on goal in the 16th minute before Robbie Muirhead forced a save from the AFC Wimbledon keeper with a deflected drive from the edge of the area.

Giorgio Rasulo curled a free-kick over the crossbar with the Dons’ final chance of a frustrating first-half - one in which they dominated but weren’t able to find a goal to cancel out their opponents’ early opener.

With an eye on Saturday’s Sky Bet League One fixture at Bristol Rovers, both Nesbitt and Seager were withdrew at the break and replaced by Nombe and Hugo Logan.

Logan was involved early, delivering a teasing low cross which just lacked a Dons connection at the far post.

Muirhead then stung the palms of Tzaneu with the Dons’ best chance of the opening 55 minutes - a fierce right-footed strike which the AFC Wimbledon stopper did well to get down to.

Rubio’s side maintained their dominance and they were having a lot of joy down the left where Bell was consistently getting away from his man. He sent several deliveries into the box which the Dons weren’t able to take advantage of.

In the 69th minute, Thomas-Asante fired over from close-range after doing well to create room for a shot. The winger then turned provider and sent in a cross for Bell, who headed agonisingly wide of the right post.

Another opportunity fell to Thomas-Asante in the 72nd-minute - the young professional was picked out by Muirhead on the edge of the six-yard box but his first-time effort was deflected just wide by Tzaneu.

It was all the Dons as the game entered the closing stages and with a quarter of an hour remaining they grabbed a deserved equalising goal. Sam Nombe chased down a loose ball in the AFC Wimbledon box and was able to find the net despite the extremely tight angle and a defender’s best efforts to keep it out on the line. 1-1.

The 100 supporters in attendance at St James Park urged the Dons forward in hope of seeing a late winner and they thought they saw that dramatic goal in stoppage-time when Thomas-Asante raced onto Muirhead’s cross - the forward connected with a volley which hit the right upright and bounced away to safety.

Thomas-Asante’s chance was the final one of the evening for the Dons, who have now taken four points from their first three Central League matches.

Nombe on making an impression