Edu Rubio believes there is plenty that MK Dons’ young players can learn from their two recent cup final defeats. 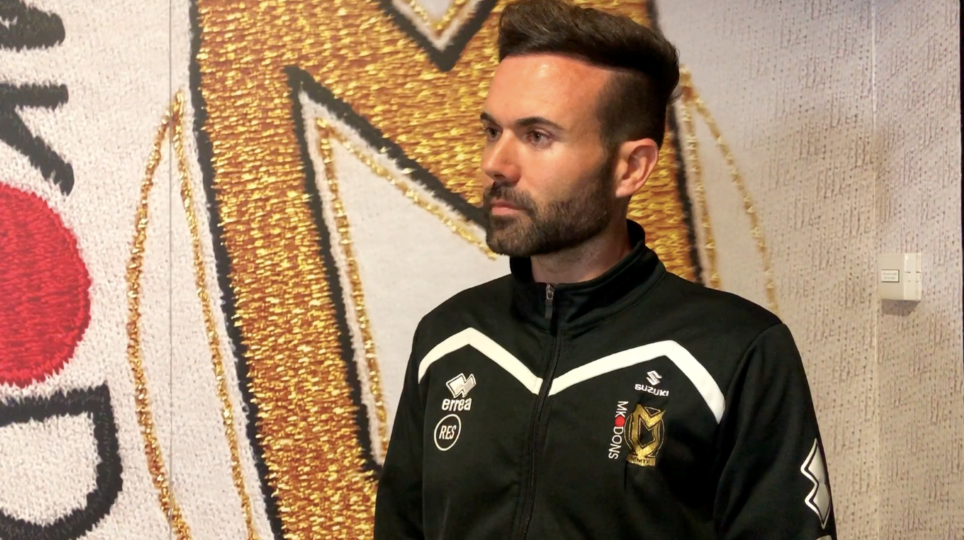 The Southend striker was the difference on the day with his eye for goal on display with two well taken strikes in either half.

Edu Rubio’s side consisted of Under-23s and Under-18s with Sam Nombe, Hugo Logan, Giorgio Rasulo and Connor Furlong all starting. Fresh off his Sky Bet League One debut, David Kasumu started in midfield while Oran Jackson donned the armband alongside Finn Tapp in defence.

It was almost the perfect start for the away side as within two minutes Norman Wabo beat a number of defenders before firing just wide.

Rubio’s side reacted well to the early pressure as Sam Nombe came close within quick succession first heading wide from Joe Evans’ cross before a last ditch tackle from Tom Clifford denied the striker a shot on goal.

The action packed opening stages continued on the 10-minute mark as Norman Wabo came within inches of opening the lead after good work from Renei Batlokwa on the wing.

The threat from Southend continued two minutes later as Lewis Gard shot over from the edge of the box before Oran Jackson timed his tackle to perfection to disposes Tom Clifford inside his own box.

Southend’s pressure soon took its toll on the Dons defence as Amadou Ba cleverly beat his marker before finding Wabo who stabbed home from six-yards to give the away side the lead 15 minutes into the clash. 0-1.

Determined to reply almost immediately Sam Nombe put the Southend defence under pressure as he beat Clifford for strength and pace before his driven cross was collected by Bishop with Logan lurking for a tap-in.

On 23-minutes it looked as if Rasulo had levelled the scoring. After his clever footwork won Rubio’s side a free-kick, Rasulo stepped up before curling into the side netting.

Rasulo went close once again minutes later as his volley was saved after Furlong’s header fell into the path of the youngster.

After going behind, it’s safe to say the Dons had the majority of chances, this time Nombe beat the offside trap to get onto the end of Rasulo’s pass before he cut onto his right only for his curling strike to go wide of Bishop’s goal.

The MK Dons trialist between the sticks made two important saves as he denied Amadou Ba a second for Southend.

It was Ba who breathed life back into his side's attack as he picked out Nico Cotton in the box who had his driven strike blocked by Jackson.

The last chance of the first half fell the way of Rasulo who controlled the ball on his head before his dipping volley shaved the crossbar on its way over.

The Dons came out with a point to prove in the second half as both Rasulo and Nombe went close just five minutes after the restart.

After a handful of chances went astray Southend punished the Dons as they found their second of the game on 57 minutes. It was a stunning individual goal from Wabo as he cut inside twice before firing a shot into the far corner to score his and Southend’s second of the game. 0-2.

Kevin Maher’s side displayed their defensive credentials during the second-half as the Dons struggled the break them down following Wabo’s second.

Both Nombe and Furlong came close, however, come full-time it was an ultimately disappointing night for Rubio’s young side.


Edu Rubio believes there is plenty that MK Dons’ young players can learn from their two recent cup final defeats.