Edu Rubio’s side travel to Stag Meadow on later this evening as they look to progress into the Semi-finals of the Berks and Bucks County Senior Cup.

The Under-23s travel to Berkshire as they look to bounce back from their 5-0 defeat against Southend in late February. Rubio’s side was made up of largely Under-18s and despite the scoreline, a youthful Dons side put in a spirited performance against seasoned professionals such as Josh Wright, Theo Robinson, and Jermaine McGlashan.

A win for the Dons will them see them progress into the Semi-Finals where a tie with Slough FC will await.

Windsor FC currently play their football in the Hellenic Football League Premier Division – level nine on the football pyramid. They currently sit 11th in the table having taken 38 points from their 27 games.

Nadir Shafi will be one to watch on the night for Windsor, the forward has found the net 15 times this season in 34 games, meanwhile, Riccardo Cannon has scored 12 times from 28 games.

The Under-23s suffered a 5-0 defeat against Southend Under-23s at Roots Hall just under two-weeks ago. The Dons lined took a young squad to Essex with Sam Nombe and Ben Tilney the only two players involved that weren’t part of the Under-18s.

The defeat was a valuable learning curve for the academy players as they faced experienced Football League names such as Josh Wright and Theo Robinson – the latter scored four goals on the day.

Windsor last played on Monday 26th February after their game against Fairford Town was postponed at the weekend due to the adverse weather conditions. They ran out 5-0 winners over Woodley United with goals coming from Nadir Shafi, George Gould, Matthew Stockill, Riccardo Cannon and Adewala Oshilaja.

We may see a mixture of first-team players and Under-18s in Tuesday’s clash at Stag Meadow. With the likes of Thomas-Asante, Giorgio Rasulo, Connor Furlong and Ben Tilney all after invaluable minutes.

Elsewhere, both Hugo Logan and Sam Nombe’s respective youth loans allow them to feature in the cup clash. There will be a number of Under-18s who will want to make their mark on the tie, Matthew Sorinola, Finn Tapp, Tommy Hope, Charlie Pattison, Bradley Bell, Liam Sole and Jenson Wright all featured in the win over Ascot United.

Supporters wishing to stay in touch with the Dons Under-23s can do so via the Club’s Twitter page from 7.45pm. 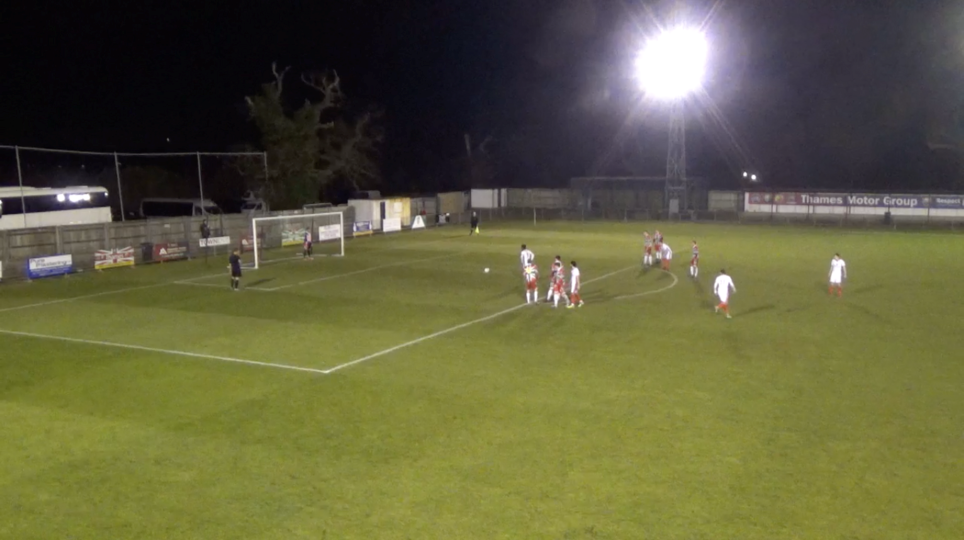 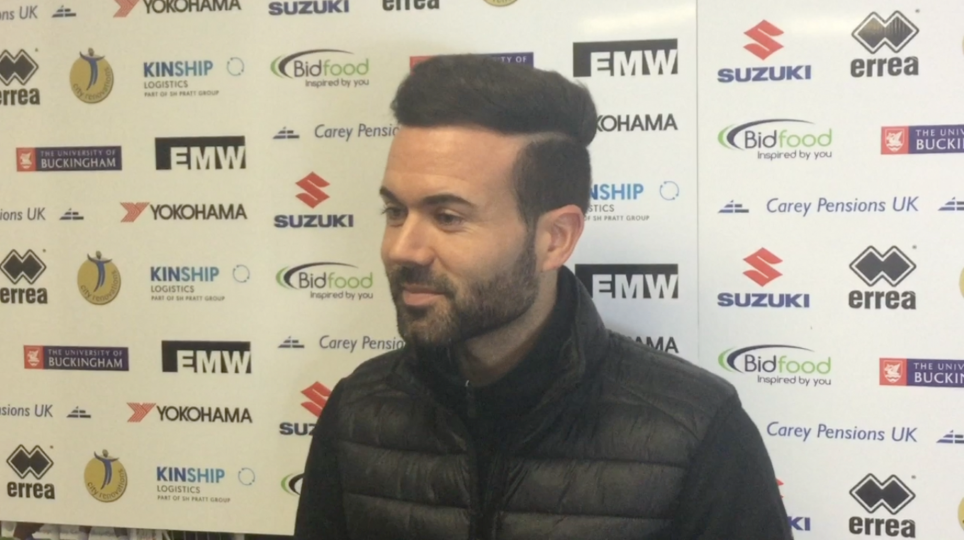 MK Dons secured their spot in the Berks and Bucks FA County Senior Cup Semi Finals with a dominant 5-0 victory at Windsor FC.

All five goals came during a thrilling second-half, including a 14-minute hat-trick from Brandon Thomas-Asante.

Aidan Nesbitt and Oran Jackson were the other scorers for Edu Rubio’s side, who will take on Slough Town for place in the Final.

The Dons’ starting XI included a mix of first-team players and under-18s, with Wieger Sietsma, Conor McGrandles and Nesbitt among the seniors involved.

Both sides were clearly taking the tie seriously, with strong tackles going in from the two sets of players straight from the start.

It was Windsor who registered the first shots on goal but the Dons soon got into their stride, and Thomas-Asante and Jackson were both denied in quick succession by Windsor goalkeeper Hugo Sobte.

The former then went agonisingly close to a superb opener but his audacious lob on 21 minutes hit the inside of the post before bouncing into the keeper’s arms.

Windsor had Sobte to thank one again when he produced a terrific double save on the half-hour mark to keep out efforts from Thomas-Asante and Connor Furlong - Thomas-Asante’s chance came courtesy of some brilliant play by Giorgio Rasulo.

Sobte trumped his double-save by pulling off a triple-stop to prevent Thomas-Asante breaking the deadlock from close-range. He then got his body in the way to divert a later effort from Rasulo wide of goal.

Furlong then sent a left-footed drive just past the post with the final chance of an entertaining first-half.

The Dons continued their bombardment of the Windsor goal at the start of the second half and they were handed the perfect opportunity to open the scoring on 51 minutes when Thomas-Asante, after connecting with Furlong’s cross, was bundled over inside the box.

Thomas-Asante picked himself to take the spot-kick and this time he got the better of Sobte, sending the goalkeeper the wrong way to give his side the lead. 0-1.

Having spent most of the evening watching his opposite number being kept busy, Sietsma was called into action for the first time soon after Thomas-Asante’s goal and the Dutchman produced, diving down well to his right to get a strong hand to Nadir Shafi’s low drive.

Moments later, Thomas-Asante went close to a second goal before he turned provider for Nesbitt, who was left frustrated by the Windsor stopper.

Then, the floodgates opened.

In the space of two minutes, Thomas-Asante went from one goal to three - a deserved hat-trick for lively attacking performance. First, he slid in to turn Furlong’s accurate cross home and then he slotted a loose ball into an empty net after blocking the goalkeeper’s clearance. 0-3.

Nesbitt then joined in on the act, finding the near corner of the net with a low right-footed drive from the edge of the area. 0-4.

Substitute Recoe Martin went close to netting a fifth just a minute after entering from the bench but, after a mazy run inside the area, he saw a shot saved.

The scholar impressed during his time on the pitch and he played a pivotal role in the Dons’ fifth and final goal as it was his work down the left which provided Jackson with the simplest of finishes on 84 minutes. 0-5.

A convincing win in the end for Rubio’s side, who will return to Berkshire in the coming weeks for a Semi Final tie with Slough Town.