Edu Rubio’s side travel to Southend United’s Boots and Laces Training Ground this afternoon as they look to extend their unbeaten streak to five games.

The Under-23s made the journey to Essex as recently as a month ago, however, this time they’ll face the Shrimpers in the Central Development League.

Southend Under-23s currently sit bottom of the South East Central League and will face MK Dons for the fourth time this season.

Dons are yet to lose to Southend having recorded a 5-4 win back in September with the two latest meetings ending 0-0 and 1-1 respectively.

The Under-23s last fixture actually came against Southend as the two faced each other on January 30th. Brandon Thomas-Asante opened the scoring for Rubio’s side that day, as the academy graduate found the back of the net from range in the 1-1 draw.

Amadou Ba converted from close range for Southend to ensure that on the day – the points were shared.

On Saturday, Oran Jackson was named as a substitute as Ethan Ebanks-Landell missed the Charlton defeat due to suspension. He’s once again expected to be involved with the first-team due to Ebanks-Landell serving the second match of his ban.

Elsewhere, Dylan Asonganyi is still unavailable due to injury while Finn Tapp will be looking to captain the Under-23s in Jackson’s absence. Ben Tilney will also be hoping to get some minutes under his belt on Tuesday.

Both Hugo Logan and Sam Nombe are able to play in the Central League tie due to their respective youth loans allowing them to do so.

Supporters wishing to stay in touch with the Dons Under-23s can do so via the Club’s Twitter page from 1.00pm. 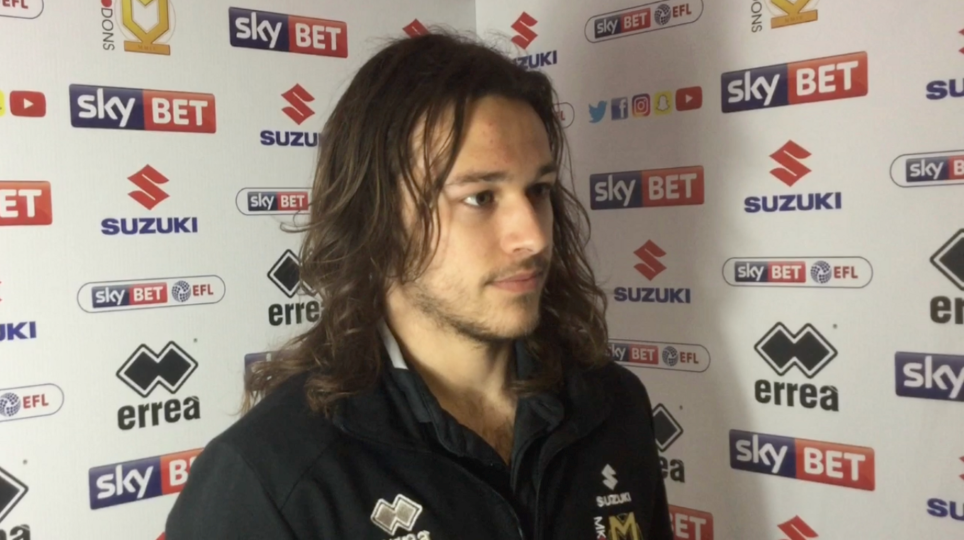 A flurry of first-half goals condemned MK Dons Under-23s to their first defeat of 2018 as Southend United ran out 5-0 winners on Tuesday afternoon.

Josh Wright, who featured against MK Dons earlier this season, also put his name on the scoresheet during an impressive opening 45-minutes from the hosts.

Robinson was joined alongside first-teamers Wright and Jermaine McGlashan for United - while Rubio's side was predominantly made up of Under-18s.

From the opening whistle, the hosts took control of the tie and just 10-minutes into the game, they took the lead. Cotton worked his way into the box and took aim, Alfie Jones was there to deny the winger, however, the rebound fell into the path of Robinson who converted from close range.

The Dons pushed for an immediate reply through Sam Nombe. The striker was found in space by Jenson Wright - he could only drag his shot wide of the post.

Soon after, Jay Bird pounced on a loose pass in the Southend defence, with the forward quickly under pressure, he fired over the crossbar.

The missed chances proved costly as on 20-minutes, Robinson found the net for the second time. Having picked up the ball on the edge of the box, the 29-year-old played a clever one-two with McGlashan before finishing underneath Jones.

From there, Southend took the match, as they scored their third of the game just a minute later. Wabo found himself with his back to goal, his clever back-heel fell into the path of Josh Wright who converted from close range.

It took just 28-minutes for Robinson to complete his hat-trick, as the former Derby forward powered his way through the Dons defence before finding the far corner 6-yards from goal.

To their credit, the youthful Dons side continued to push Southend. Liam Sole jinxed pass a handful of Southend defenders only to see his goalbound strike deflect wide.

Three minutes from the break, Southend put the game to bed as Robinson scored his fourth of the game and United's fifth. He once again combined well with Wabo, before calmly finding the back of the net.

In truth, the second-half lacked the chances of the first 45-minutes. An hour into the game, Bird saw his shot cannon off the post, while five minutes later Tilney's free-kick grazed the crossbar.

The game will act as a good learning curve for Rubio's young side who continued to play for pride and remained professional throughout the whole 90-minutes.