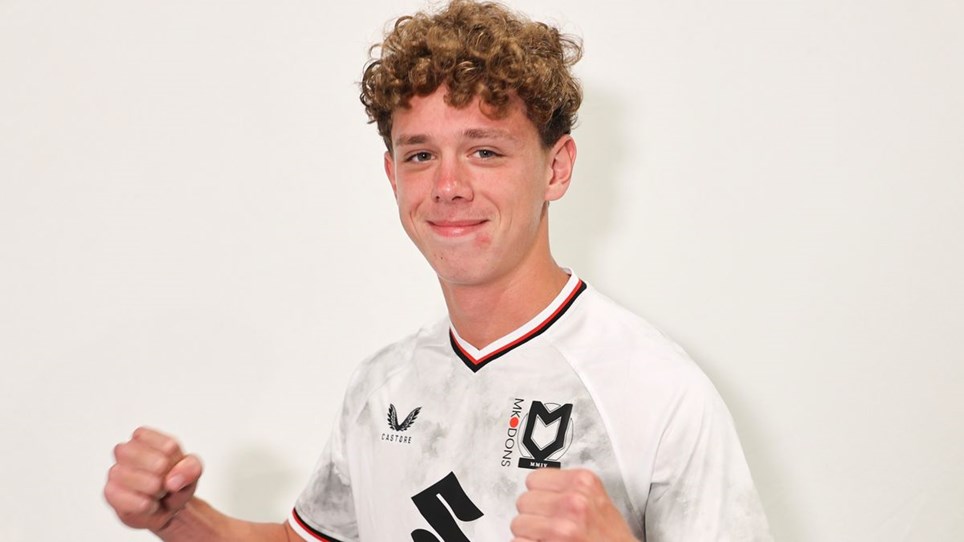 MK Dons Under-18s bounce-back with a 3-0 cup victory against Southend United away from home. This win has secured the Under-18s place in the Southern Semi-Final of the EFL Youth Alliance Cup.

First-Half
Both teams presented a strong display within the first 45 minutes of the game, this allowed chances at both ends of the field, but neither team was able to find an opener in the aerly stages of the match.

Ten minutes before the interval, MK Dons had gained the lead through Joel Anker, who claimed his fifth goal of the season so far. The hosts were unable to find an equaliser, so the Dons held their advantage going into the break.

Second-Half
John Bitting’s boys then carried their winning momentum from the first half to enforce a strong performance as the game continued. This seemed to greatly benefit the travelling side, who doubled their lead through the recently announced scholar, Phoenix Scholtz.

Scholtz had increased the advantage to two goals in the 62 minute, MK Dons looked to control the game until the final whistle to ensure their victory and progression within the cup competition.

A strong display from the young Dons was completed through Callum Tripp, the number eight stepped up to the spot after a penalty was given, the midfielder made no mistake in converting the chance, which heightened the score-line to 3-0.

The referee had signalled for full-time and John Bitting’s boys had secured their place in the Southern Semi-Finals of the EFL Youth Alliance Cup, after a convincing 3-0 victory over Southend.