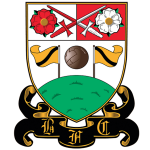 MK Dons Under-18s were beaten 5-1 by Barnet at Woughton-on-the-Green on Saturday morning.

After scoring four times in the first half, the Bees added a fifth just after the interval before the Dons secured a late consolation goal from the penalty spot through John Freeman.

The visitors took an early lead in the sixth minute after good passing in the build-up and then a through ball found a Bees player who fired a shot into the net from the edge of the area. 0-1.

A minute late, the Dons created their first chance when a through ball found a trialist, whose shot from the edge of the box went narrowly wide of the right hand post.

Barnet doubled their lead in the 13th minute when a shot from a tight angle on the right-hand side of the box flashed into the far corner of the net. 0-2.

The visitors extended their advantage further six minutes later with a similar strike to the first goal as another shot from the edge of the box was rifled into the net. 0-3.

The London side had a firm grip on the game and pressed forward in search of further goals, with a fourth nearly coming in the 24th minute as a fiercely struck effort from the edge of the box thumped the crossbar, possibly via a touch of Dons keeper Tom Carter’s glove.

A wonderful individual goal made it 4-0 to Barnet five minutes before the break as a Bees player beat four Dons defenders, twisting and turning his way into the box before firing in to the net to put the game out of sight before half-time.

Some desperate Dons defending prevented Barnet adding a fifth before the break with a defender blocking a close range shot on the line before Carter saved a weak follow-up effort.

Just before the hour mark, the Bees made it five as a lobbed effort from inside the six-yard box squeezed through Carter’s hands and into the net. 0-5.

The Dons grabbed a consolation with five minutes remaining as they were awarded a penalty for a foul by a Bees player. John Freeman took the spot-kick for the Dons putting his penalty into the right-hand side of the net as the keeper dived the opposite way. 1-5.

The Dons were much brighter throughout the second half and fittingly had the final chance of the match as a cross from the right was headed wide by sub Harry Riley.

Academy manager Jon Goodman said afterwards: “It was another challenging game for the lads, particularly in the first half when we played against the wind.

“The players are going into matches struggling for confidence at the moment because we haven’t been getting results.
“It is hard to understand the mistakes we make in matches – we are not seeing those in training.

“It is frustrating because the lads are giving true performances and they played better in the second half once the game was out of sight.

“We had a few under-16s who played well so there are positives to take but not enough to create a team performance and a winning result.

“We are missing some second years at the moment because they are on work experience at other clubs.

“We are seeing some development with players but it is not a straight line – sometimes it is two steps forward and one step back.

“I think we are improving even though that is not showing in terms of results. We do have a considerable way to go in terms of the players athleticism and competitiveness.”

Speaking about the recent announcement about the Dons’ plans for a new training facility, Goodman said: “It gives us a clearer focus around our identity and our ability to deliver a strong training programme.

“There is a lot of transition around trialists coming in across all age groups so this news helps contribute to the good work in terms of the bigger picture of the club.

“I am conscious we have work to do to get the Academy to a stage where we have the training facility that we deserve.”