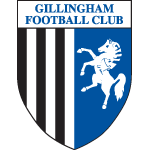 MK Dons Under-18s ended 2018 on a positive note as they beat Gillingham 3-2 at Woughton-on-the-Green.

In a match played in extremely cold, wet and windy conditions, the Dons twice came from behind to beat the Gills courtesy of strikes from Recoe Martin and James Holmes, as well as an own goal.

Before kick-off, a minute's silence was observed in memory of Luca Campanaro - a young footballer with Aylesbury-based club Bedgrove Dynamos, who sadly died from injuries sustained during an under-15s fixture the previous weekend.

Two minutes in, the Dons got off to the worst possible start when a cross from the left hand side was touched in from close range by a Gills player – 0-1.

The Dons did have their moments and had a great chance on 27 minutes but Jay Bird’s effort was deflected wide for a corner kick.

From the resulting corner, the ball went in off a Gills head and was given as an own goal, making the score 1-1.

The side from Kent began to reassert their dominance soon after the own goal and a shot from the edge of the area clipped the crossbar as the visitors pressed for the goal that would restore their lead.

It eventually came in the 37th minute and was a gift from the Dons as the keeper played out to a defender who was dispossessed on the edge of his own area before the ball was finished into the net – 1-2.

In the second half, the Dons had the chance to retake the lead from a breakaway move after a cross-field ball found Recoe Martin. From a narrow angle, Martin’s shot was blocked.

Eight minutes later, the Dons were level when a ball found Matt Sorinola on the edge of the area.
The Gills keeper was out of goal and Sorinola squared the ball to Martin who bundled it over the line under pressure from a defender to make it 2-2 midway through the second period.

With 15 minutes to go the Dons could have taken the lead when a chipped ball towards goal evaded the keeper. A covering Gills player managed to clear it away from in front of the goal line with the aid of the post and it felt like it might not be the Dons day.

However, with just under 10 minutes remaining a moment of magic from substitute James Holmes got the Dons that elusive win. Holmes picked the ball up on the edge of the penalty area and turned quickly before hitting a dipping shot into the right hand corner of the net. The Gills keeper was left motionless as the ball arrowed into the goal to give the Dons a 3-2 lead.

They managed to hold on for the remainder of an increasingly open game to secure the win which delighted director of academy coaching Edu Rubio.

He said: “The boys have been playing well over the last month but we haven’t managed the games and a late mistake has cost us.

“This time we did manage the game, created plenty of chances and scored three good goals. There were a couple of mistakes but the difference today was our game management once we went in front.”

Edu was very pleased with the team’s performance but gave a special mention to some individuals who he felt were on particularly outstanding form.

He said: “James has been doing very well with us recently and scored an amazing goal. Recoe and Jay both had superb displays but at the end of the day it is always a team performance.”

Reflecting on the Academy’s calendar year Edu added: “It has been a successful year – we got four players professional contracts and are on track to do so again in 2019.

“This year has been a very good year for the under-23s and although the under-18s won the league last season, the start to this season has been a bit of a struggle.

“We are getting the performances and the players through which is the main thing. I think things will improve for the under-18s during the second half of the season – I just think that some of this year’s group are later developers and slower at adapting to a full-time environment.”