Edu Rubio’s side will be looking to continue their fine run of form that has seen them pick up maximum points in their last three EFL Youth Alliance fixtures.

The Dons have won ten of their 13 games this season losing just twice so far this campaign and will be eager to extend their winning run in tonight's FA Youth Cup tie.

Their impressive form this season sees them top their division having scored 29 goals conceding just nine in return. The fixture has to be settled on the night so extra-time and penalties will follow should the sides be level come full-time.

The Shrimpers are also free-scoring having found the net 27 times this season, however, they have shipped 21 goals in their 13 games.

The Dons geared up for tonight’s FA Youth Cup clash with a 3-0 win over Barnet on Saturday thanks to goals from Jay Bird and a Dylan Asonganyi brace.

Southend meanwhile, overcame Cambridge United 1-0 on Saturday morning with Sewa Marah scoring the only goal of the game.

Finn Tapp: “It’s a great stage for any game, to get out there and impress whoever might be watching. The FA Youth Cup is that little bit more special, it’s a great opportunity that we can hopefully take.

“They are a very physical side, we know what we are up against and know how to deal with a few of their problems.

“If the fans do come down and watch us play then it should be a good night out for families and children that support the club.”

Speaking to southendunited.co.uk Huzzey said: “The FA Youth Cup is a prestigious tournament and the boys are all really excited to play in it. I don’t think you can get a better stadium to play in at this stage of The FA Youth Cup, so to play at Stadium MK is excellent.”

The Dons will have a full squad to pick from tonight including Asonganyi who has already scored 16 goals this season.

Elsewhere, David Kasumu will be looking to feature - the 18-year-old made his full professional debut for the club in last season’s EFL Cup win over Newport County. The midfielder also picked up the man of the match award in the 0-0 draw with Stevenage in last month’s Checkatrade Trophy tie.

Southend United are expected to have Dru Yearwood who has made eight first-team appearances this season in their starting 11 While Nathan Bishop who has featured on the bench for the last nine first-team matches will be starting between the sticks.

The two sides met at the start of the season with Rubio’s side running out 4-3 winners. The Dons will be hoping to improve upon their Second Round finish from the 2016-17 FA Youth Cup.

Supporters wishing the follow the action can do so via mkdons.com’s Match Centre which can be accessed by visiting the home page from 6pm.

There will also be updates on the Club’s Twitter with a full match report available to view on mkdons.com after the final whistle. 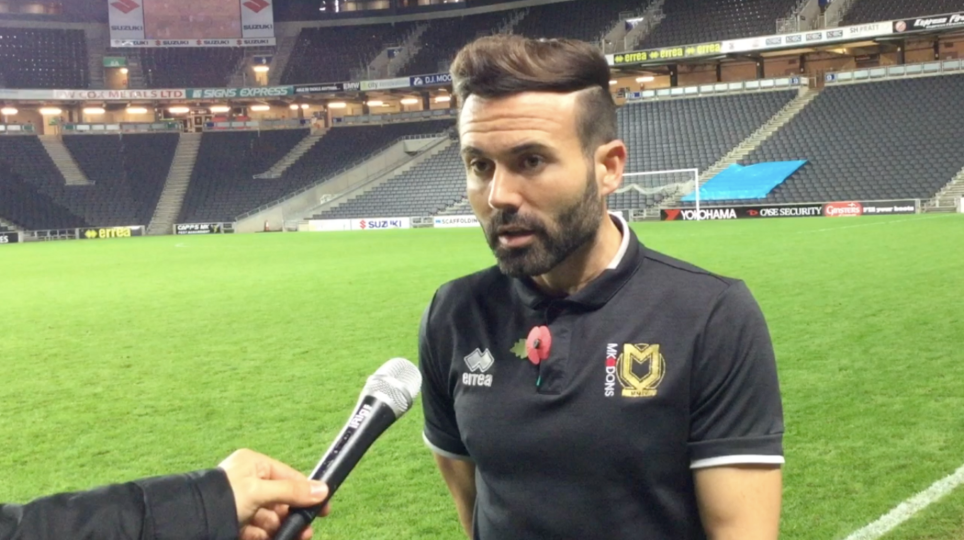 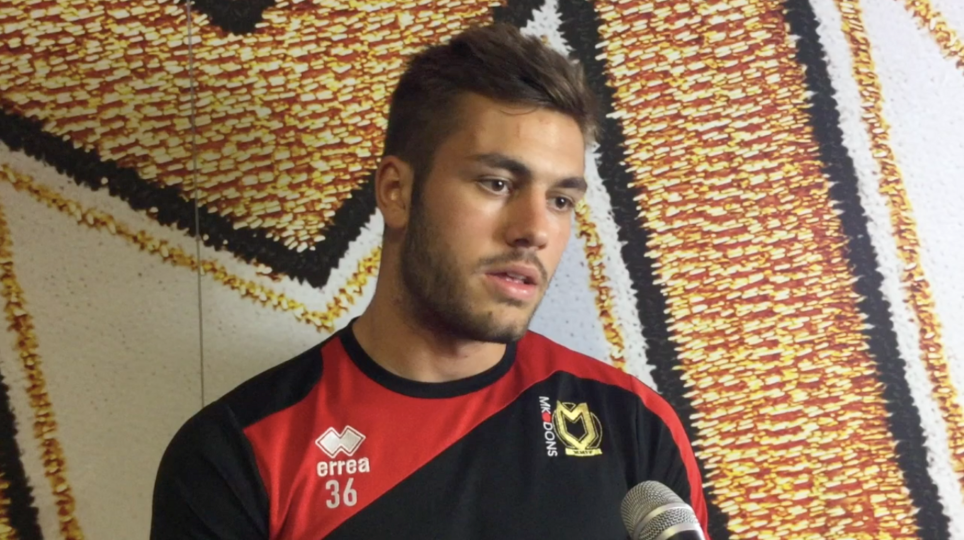 MK Dons Under-18s progressed through to the Second Round of the FA Youth Cup courtesy of a 1-0 victory over Southend United at Stadium MK.

Jay Bird grabbed the decisive goal for Edu Rubio's team late in the first half, turning home from a Bradley Bell corner.

The deserved victory sets up a Second Round tie away at either Barnet or Wingate & Finchley, who play on Wednesday.

Rubio’s starting XI included a number of recognisable faces, including top goalscorer Dylan Asonganyi as well as the likes of David Kasumu, Finn Tapp and Bird – all of whom have first-team experience this season.

Opponents Southend, who sit one place below the Young Dons in the EFL Youth Alliance League table, threatened early with a seventh-minute header from Zak Pianim.

Both sides enjoyed spells early on in the half but neither side were able to create much in the way of a goalscoring opportunity until Sewa Marah had an effort disallowed for offside on 25 minutes – the Shrimpers winger was a good few yards goal-side of the last Dons defender.

Dylan Asonganyi tested Nathan Bishop with a free-kick on the half-hour mark but the Southend goalkeeper was equal to the curling effort. Shortly afterwards, a vital interception from Taylor Curran prevented Bird connecting with Bell’s pass.

The Dons were beginning to look threatening and Charlie Pattison flashed a 20-yard effort just past the post as they went close once again. The lively Asonganyi then came within a whisker of being one-on-one with the goalkeeper but Matthew Sorinola’s through pass was just an inch or two in front of him.

Rubio’s side eventually took a deserved lead on 37 minutes when Bird stuck out a left leg to turn home a Bell corner – the forward’s effort bounced in off the crossbar, despite appeals from the visitors that the ball didn’t cross the line.

They took that one-goal lead into the break and they carried the momentum into the second period.

Early on they threatened from a Bell cross which was cut out by a defender in front of Asonganyi. They did, though, have Nathan Pickworth to thank for denying Eren Kinali on 53 minutes – the effort was parried into the path of a U’s teammate but Pattison got back well to win the ball and clear.

Just before the hour, Bell flashed a low ball across the face of goal. Liam Sole then came agonisingly close to doubling the lead with a right-footed strike from inside the area that fell just wide of the post.

Rubio introduced Recoe Martin and Joe Evans to give his side more energy at the top end of the pitch, as the game entered its final quarter. The latter of those substitutes fired a shot wide of the right post soon after coming on, as the Dons pushed for an insurance goal.

Despite dominating the majority of the second half, hearts were in the mouths with four minutes to play when Jon Benton curled a free-kick onto Pickworth’s right upright. The ball ricocheted into the area but the Dons were able to get it clear.

Kinali later flashed a left-footed shot past the post but the Dons were able to see out the remainder of the contest - they even came close to extending their lead deep into stoppage time through Asonganyi, who shot wide from 20-yards out.