First-half
MK Dons gained control early in the match, which saw an opportunity for Joshua Kayode to pounce on Daniel Harvie’s header into the box. Although, Kinnear was quick to come out and collect.

Devoy’s corner into the box located the head of Warren O’Hora, whose attempt at goal was kept out by the opposition’s keeper.

Lawrence picked up the ball on the right-flank before delivering a cross into Daniel Harvie, the wing-backs header at goal glanced wide of the target.

The Dons crafted a great chance ten minutes into the match, Matt Smith linked up well with Kayode, who played a ball into the box for Conor Grant. The number 16’s chip towards goal had Kinnear beaten, but the attempt was just wide of the post.

On the 30-minute mark, the travelling side were awarded a freekick. The set-piece was shot goal-bound by Ashby, but it failed to pass the wall of MK Dons players.

After their free-kick attempt, West Ham Under-21s grew into the game more as the minutes went by.

Before the break, O’Hora had to block an attack from the Hammer’s. Minutes after, Marshall played a ball across the Dons’ area, but no claret shirt was there to meet it.

One minute was added before the interval, but neither side was able to find an opener within the first 45 minutes.

Second-half
Johnson fired a ball out wide to Henry Lawrence, the number 22 whipped in a cross to Joshua Kayode inside the area. The forward positioned himself within a dangerous area, but he was unable to control the ball before it was cleared.

West Ham conjured a chance from close-range and MK Dons had to scramble defensively to prevent any further danger as they cleared the ball from their box.

A deflection allowed Marshall to run in-behind, however, Lewington was quick to react and cleared the ball through. After the clearance, the away side won a corner, but that quickly turned around in favour of the Dons, after the set-piece went behind for a goal-kick.

MK Dons scored the opener in the 63rd minute! Bradley Johnson delivered a cross into Matt Dennis, the number 30 then headed the ball down past Kinnear and gave the Dons a 1-0 advantage.

The Hammers responded swiftly, which saw Appiah-Forson take aim from range. O’Hora placed himself well between the shot and the target.

Ever since the opener, the travelling side held possession within MK Dons’ final-third. Liam Manning’s men stood strong defensively and from their efforts they crafted a counterattack. However, Dennis’ close-range shot was matched by the keeper.

The Dons were granted a corner. After the ball was delivered, Henry Lawrence was brought down and Craig Hicks awarded a penalty, which Matt Dennis stepped up to take.

The number 30 made no mistake with his spot-kick and converted the opportunity into the bottom-left corner! 2-0.

West Ham Under-21s continued to battle as the game entered the final 10 minutes of play, although the home side remained strong with their defensive display and denied the Hammers of any clear-cut chances.

Lawrence played a one-two pass with Darrgh Burns, which allowed the number 20 to swing a ball into the box, followed by a headed clearance by the West Ham defence.

Three minutes were added on at the end, but the score-line remained the same. MK Dons claimed their first points within the Papa John’s Trophy competition, courtesy of a Matt Dennis brace. 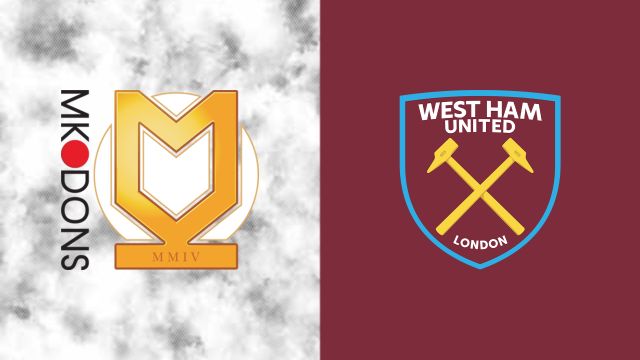 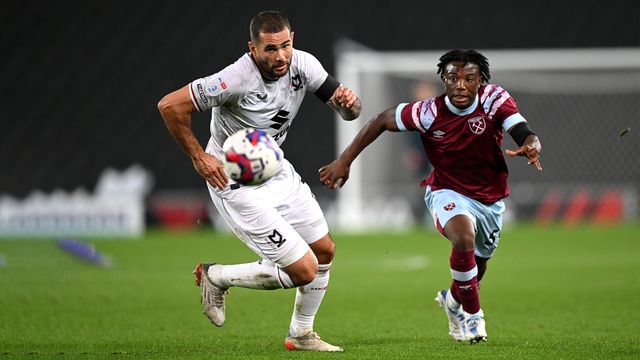 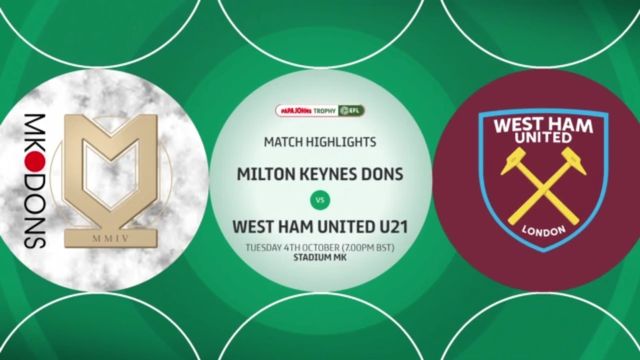