Manning: Focus on what we can control


Liam Manning is focusing on the controllables as he looks to lead MK Dons through their difficult spell of form. MK Dons were beaten 4-1 by league-leaders Plymouth Argyle, who produced a clinical away display at Stadium MK.

The Pilgrims scored three of their four goals inside the first 45 minutes, the first coming from Morgan Whittaker before both Niall Ennis and Fin Azaz got on the scoresheet.

Liam Manning’s men pulled a goal back through Will Grigg soon after the re-start but any hopes of a dramatic second-half comeback were dashed when Azaz scored his second of the game on the hour.

Head Coach Manning made two changes from the side which suffered defeat at Stadium MK earlier in the week, with Nathan Holland and Louie Barry replacing Matt Smith and Joshua Kayode – Holland making his first league appearance since the home opener with Sheffield Wednesday in August.

Manning’s side made a bright start, with Holland involved down the right flank. Racing onto a pass from Daniel Oyegoke just a minute in, he delivered a cross for Will Grigg who could only glance his header wide.

Plymouth responded, four minutes later, by having their first shot of the game – a rash attempt by James Wilson from 25-yards out which sailed harmlessly over Cumming’s goal.

The Dons didn’t let their heads drop and went straight on the attack in search of a leveller. A driving run from Barry with 13 minutes played earned them a free-kick following a foul by Wilson on the Aston Villa loanee. McEachran’s attempt, however, was blocked by the wall.

Oyegoke then made two important interventions to prevent Plymouth from being able to double their lead. Whittaker then spurned an opportunity to net a second, drilling wide of the right post after beating the Dons’ offside trap from Finn Azaz’s chipped pass.

Shortly after, Johnson set up a chance for Barry with a chipped pass of his own over the Plymouth backline but the MK Dons attacker saw his touch let him down as he looked to get away inside the area.

They were made to pay for that missed opportunity on 24 minutes, as Plymouth doubled their lead through Ennis, who finished from close range after a well-worked move from the visitors down the right flank. 0-2.

Grigg was the target of a Harvie cross on 35 minutes which was too high for the striker to make anything of inside the area. Trying to work another attack moments later the Dons gifted possession to Plymouth deep inside their own half and they were punished – Azaz the man scoring the visitor’s third. 0-3.

Holland tried his luck from range as the Dons searched for something to spark them into life before half-time – his 25-yard strike, though, didn’t have enough power to trouble Cooper in the Plymouth goal. In stoppage-time, Grigg fired into the side netting from a tight angle.

Plymouth’s Whittaker had the first shot of the second half – a fierce left-footed strike which flashed wide. The Dons then had the second and with it, they pulled a goal back as Grigg latched onto Barry’s through pass and, from the centre of the penalty area, he slotted past Cooper. 1-3.

With the home crowd behind them, Manning’s men went straight back on the attack, and Johnson and Holland went close to linking up but the former’s ball through had just a little too much on it.

Johnson was involved again on 52 minutes as he directed Barry’s effort towards goal – Cooper, however, made a fantastic reaction save, diving down to his left.

Just as it appeared MK Dons were beginning to turn the tide, Plymouth struck again to restore their three-goal advantage, winning possession midway inside the Dons half and providing Azaz with an opportunity on goal – one which he took advantage of. 1-4.

Manning made a triple change with 23 minutes left to play, introducing Ethan Robson, Conor Grant and Matthew Dennis. Robson’s first involvement was to deliver a free-kick towards the back post for Jules, who climbed well to meet it but headed over.

Robson sent another ball into the box moments later, this one for Grigg. He met the delivery but saw his header blocked by his marker, Nigel Lonwijk.

Harvie had a go from distance with a little over 10 minutes to play but sailed his left-footed strike over the crossbar. Matt Smith then came off the bench for the Dons, replacing Grigg.

The Dons continued to huff and puff after that but, with their chances of salvaging a result gone, the game, in truth, faded out. Attention now turns to the Papa John's Trophy before next week's visit of Wycombe Wanderers.

Manning: Focus on what we can control


Liam Manning is focusing on the controllables as he looks to lead MK Dons through their difficult spell of form. 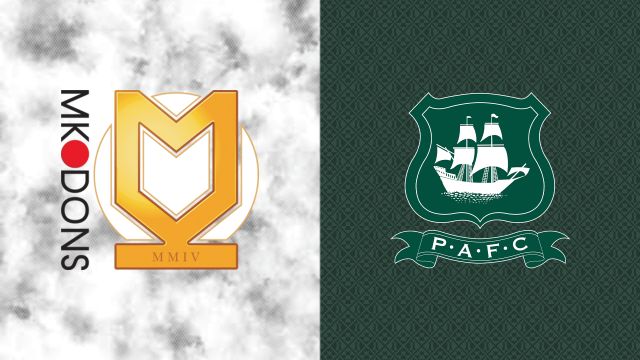 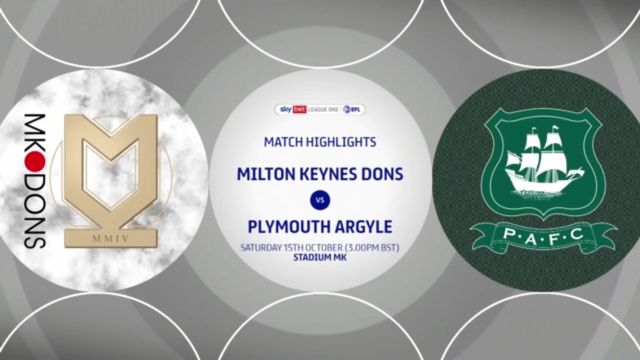 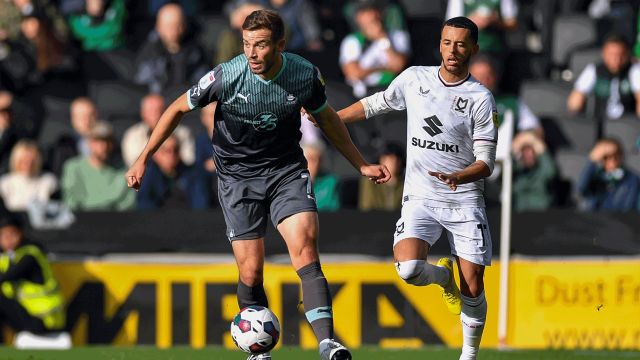