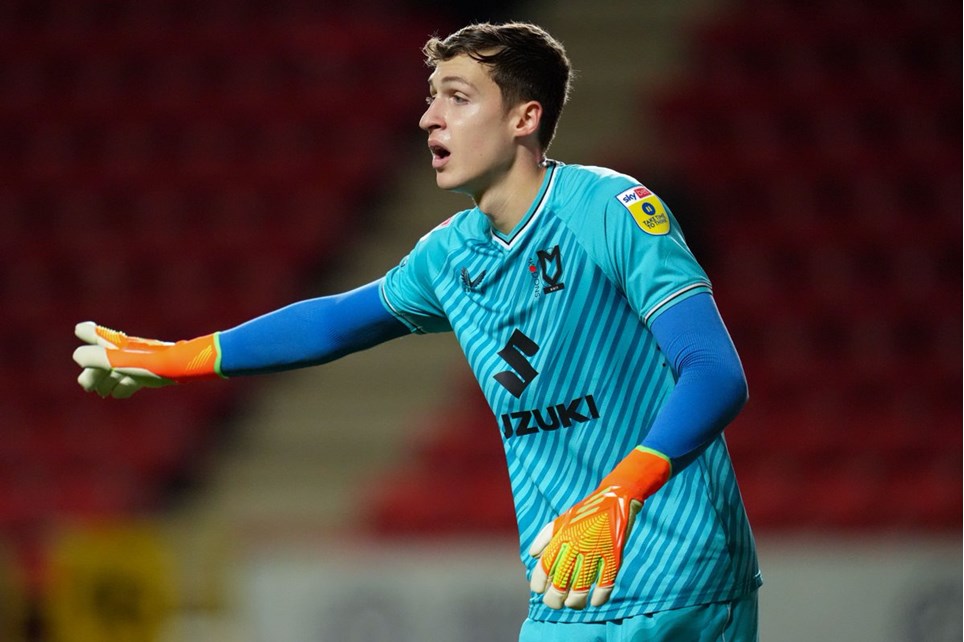 Manning: A step in the right direction


Liam Manning believes last week was a ‘step in the right direction’ for his MK Dons side. MK Dons were held to a 0-0 draw by Cheltenham Town at the Completely-Suzuki Stadium.

Liam Manning’s men dominated the contest but were unable to find a way past the Robins, despite several decent chances on goal – Bradley Johnson, Will Grigg and Mo Eisa among those who went close to finding a breakthrough.

Still, they leave Gloucestershire with four points to their name from the week – something for them to build upon when they return to Sky Bet League One action after the Emirates FA Cup break.

Head Coach Manning named an unchanged starting XI - and bench - from his side’s win at The Valley in midweek. Mo Eisa, who made his return to action against Charlton Athletic, was amongst the substitutes against his former club.

The Dons registered the first shot on goal inside the opening three minutes. Bradley Johnson collected a pass from Josh McEachran and drove towards the box before unleashing a low drive which was saved by Luke Southwood.

Southwood then called into action, again, a minute later to keep out Will Grigg’s header from Henry Lawrence’s teasing cross. The Dons then worked it into the area for Barry but he was dispossessed as he went to cut inside and shoot.

Cheltenham’s maiden effort came with 22 minutes on the clock, following a long throw into the Dons box. Manning’s men cleared the initial ball in, but only as far as Liam Sercombe, who dragged a right-footed shot wide.

Harvie had another go at providing an assist on the half-hour but his cross was just too far in front of Barry. Barry then tried to tee up Grigg inside the area but the striker was quickly crowded out by the Robins defence.

On 38 minutes, Barry had a shout for a penalty waved away by referee Darren Deadman. The loanee burst into the box before being bundled over under pressure from Sean Long – fairly, though, according to the match official.

Just like in the first half, Johnson had the first shot following kick-off – this was a similar try from the edge of the area but this one, left-footed, failed to hit the target. Cheltenham then headed wide from a free-kick – Taylor the man with the effort.

Manning’s men were patient in their build-up play but almost found a breakthrough by going route one, however Cumming’s long ball over the top for Harvie ran away from the defender and into the grateful arms of Southwood.

From a recycled corner, Grigg had a glancing header deflected over the crossbar. Jules got his head to McEachran’s next delivery but wasn’t able to direct it on target.

Johnson, who scored in midweek from a free-kick, tried his luck again after Jules was fouled 35 yards from goal - this strike, however, was blocked by the wall. The Dons had another chance shortly after but Holland, after a run through the middle, was denied by Southwood.

Manning went to his bench for the first time with 66 minutes played, introducing Eisa and Darragh Burns in place of Grigg and Barry. Their first involvement was to watch on as Johnson bore down on goal, though his eventual effort was saved by Southwood.

Burns then set up Holland, whose long-range strike was palmed away by the Robins goalkeeper. Johnson then had another go from a free-kick – this too, however, was blocked by the Robins wall.

McEachran made way for Devoy as Manning made his third change on 73 minutes. Cheltenham went close four minutes later but substitute Elliot Bonds blazed over from inside the box. Ben Williams also threatened but fired off target after meeting a left-wing cross.

Eisa got himself in the way of Charlie Brown’s shot on goal with 10 minutes to play, deflecting it wide. Harvie then blocked Williams’ strike from the corner that followed.

There was another sighter for Johnson as the 90 drew closer. He took the shot on from 25 yards but saw it deflected wide of goal. Moments later, Burns cut in from the left and saw his attempt take a nick off a Robins defender to steer it away from target.

The Dons thought they had their breakthrough in the final minute of regulation but Eisa, after being played through by Burns, was denied by a fantastic save from Southwood, diving to his left.

Southwood then clawed a looping Jules header away out from under his crossbar as the Dons came back again from the resulting corner.

The Dons had one final attempt from a corner with 92 minutes played but Southwood was able to smother a loose ball ahead of Burns inside his six-yard box. The whistle sounded shortly after.

Manning: A step in the right direction


Liam Manning believes last week was a ‘step in the right direction’ for his MK Dons side. 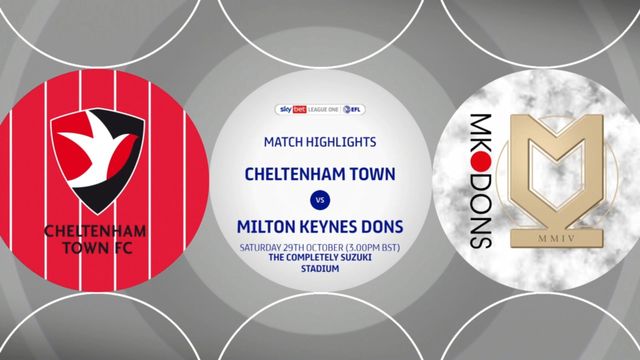