Manning: Happy for the group


Liam Manning was pleased for his staff and players following Tuesday’s confidence-boosting victory over Charlton Athletic. MK Dons produced a superb away display to secure a 2-0 victory over Charlton Athletic at The Valley.

The win was nothing less than Liam Manning’s men deserved for a dominant performance which capped off with second-half goals from Will Grigg and Bradley Johnson – the latter scoring a stunning free-kick in front of the 400 travelling supporters.

A first win in six for the Dons, who climb up from 24th to 21st ahead of their trip to Cheltenham Town this weekend.

Head Coach Manning made one change from Saturday's line-up as Henry Lawrence came in for Daniel Oyegoke. Mo Eisa also made his return from injury and was among the substitutes along with Dawson Devoy, who was back from suspension.

The Dons made a positive start as Nathan Holland tested Joe Wollacott from the edge of the area with a 20-yard drive. His effort was parried by the Addicks goalkeeper, but the Charlton defence were able to deal with the loose ball despite pressure from Grigg and Louie Barry.

Manning’s men were doing their best to control the tempo during the early stages, showing patience in their pursuit of another opportunity on goal. They were also doing well to get bodies behind the ball whenever Charlton broke forward, as well as making their tackles at the crucial moment.

Zak Jules, one of those producing well-timed tackles, thought he had put Grigg through on goal midway through the first half but the MK Dons striker was flagged for offside as he raced onto the pass.

Manning’s side had two terrific opportunities to take the lead five minutes before half-time, courtesy of some excellent work by Holland down the right. He did brilliantly to beat his man, from Josh McEachran's excellent pass, and pull a ball back for Grigg, whose first-time effort crashed against the crossbar.

The Dons recycled possession and worked a shooting chance for Johnson, whose curling effort was brilliantly saved by Wollacott. From the resulting corner, Warren O’Hora had a header stopped by the Addicks goalie.

Mandela Egbo sent a half-volley wide with the home side’s first real attempt on goal. The Addicks then went close to an opener late in the half, although it would have come in controversial circumstances after Johnson was blocked off by the referee as he went to win possession in the build-up to the opportunity which was fired into the side netting by Tyreece Campbell.

The Dons returned from the interval eager to build on their positive first-half showing. Early on, Holland was almost able to spring Barry through on goal, after collecting Grigg’s knockdown, but his pass was intercepted.

They then had another fantastic chance to break the deadlock when Lawrence burst into the area on 50 minutes and teed up Barry. The loanee took the ball around Wollacott but forced himself too wide and was unable to work a shot or a pass from his position.

The Dons came back with Lawrence delivering a ball in from the right flank - Grigg was his target but Eoghan O’Connell beat him to the ball in the air. At the other end, substitute Jack Payne shot wide from the edge of the D.

On the hour, Wollacott denied Holland with a diving save at his near post, keeping out the winger’s low drive towards the bottom corner. The game then took a dramatic turn, in the Dons' favour, five minutes later.

Barry was played through on goal by McEachran before being brought down by Inniss as he made his way into the area. Referee Neil Hair pointed straight for the spot and then brandished a second yellow card, giving the Addicks defender his marching orders.

Grigg had to wait until Inniss had made his way off the pitch before taking the spot-kick but he didn’t let it phase him, firing home in to the top left-hand corner from 12-yards to give MK Dons a lead with 25 minutes to play. 0-1.

The Dons, with a man advantage, went about doubling their lead soon after but after being picked out by Holland, Lawrence saw his return ball across for Grigg blocked by a sliding Charlton defender. Grigg was lurking for a tap-in.

Charlton, in response, saw Fraser have a long-range drive blocked by Johnson. Manning then made his first change of the game, replacing Barry with the returning Devoy, whose first involvement was to drive on goal and win his side a free-kick, 30 yards out. From that free-kick, MK Dons doubled their lead.

Johnson, who had found the net via a free-kick against Port Vale earlier in the season, produced an even better effort this time around, sending a superb left-footed curler beyond the outstretched arm of Wollacott and into the back of the net off the frame of the goal. 0-2.

Manning took the stoppage to hand Eisa his return to action after over six months on the sidelines. He replaced Grigg up front and received a fantastic reception from the Dons faithful as he made his way onto the pitch.

Matt Smith and Darragh Burns were also introduced off the bench to help see out the remainder of the contest - both playing their part as the Dons did just that to secure a valuable three points.

Manning: Happy for the group


Liam Manning was pleased for his staff and players following Tuesday’s confidence-boosting victory over Charlton Athletic. 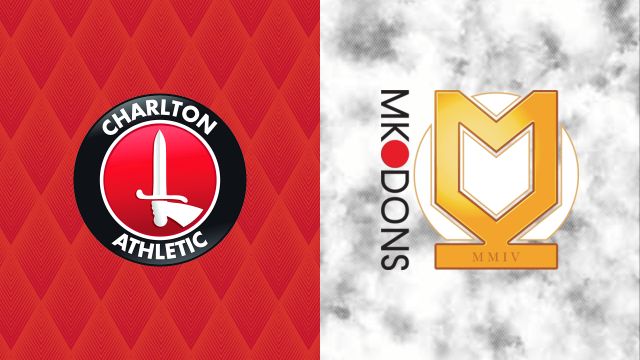 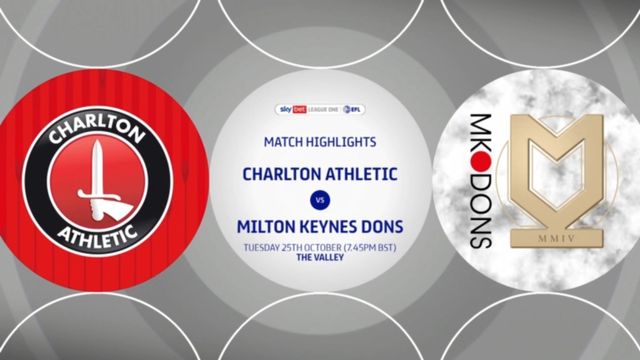 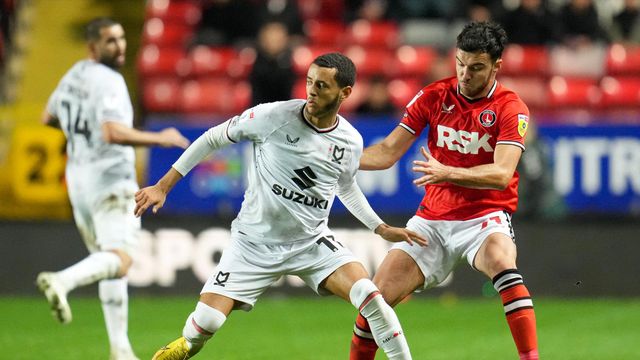