Liam Manning’s men progress into the Papa John’s Trophy Round of 16 after a 3-1 victory over Newport County at Stadium MK.

First-Half
Not much separated the two sides within the opening five minutes of the match, fouls and set-pieces were given either way, but both defences had dealt with what was thrown at them.

Conor Grant registered the first shot of the game, which tested Nick Townsend. The number 16 took aim from a tight angle in the opposition’s area, the Newport County keeper had to be alert, to prevent the effort from creeping towards his far post.

Daniel Harvie, who had driven the length of the pitch with the ball at his feet, attempted to play through Matt Dennis. County’s skipper, Matty Dolan was quick to react to the pass and denied the one-n-one opportunity with a well-timed slide.

13 minutes in, MK Dons claimed their second corner of the game. However, much like their first, the set-piece was delt with.

Omar Bogle did well to find his teammate Adam Lewis at the back post, the number 27 struck the ball on the volley, but his effort only found the outside of the net.

Louie Barry and Dawson Devoy connected well down the left-flank. Devoy played a creative pass behind him into the path of Barry, who attempted to find the corner with a curled shot from the edge of the area. Ultimately, to the winger’s frustration, his strike was off target.

Liam Manning’s men took the advantage through Darragh Burns. Devoy delivered MK Dons’ third corner of the match, which found the head of Jack Tucker. The defender’s cushioned header fell just above Burns, who had his back to goal. Even with the odds against him the number 20 performed an acrobatic over-head kick to flick the ball past Townsend and gain the advantage 27 minutes in. 1-0

The visitors created a chance after Nathan Moriah-Welsh pickpocketed the ball from the middle of the field. The number 22 then burst into a dangerous area and cut the ball across the box, but it met the boot of Dawson Devoy, who cleared the ball.

Five minutes before the interval Sam Bowen fired a shot towards goal, Warren O’Hora took the power, as well as the threat out of the hit after it deflected off the defender’s body.

Adam Lewis found the ball bounce into his path at the back post once again, he replicated his previous strike, and the outcome of the half-volley remained the same when it missed the target.

Darragh Burns’ acrobatic opener granted MK Dons a 1-0 lead at the conclusion of the first half.

Second-Half
Tucker, who had put on a solid display in the first 45, got a crucial touch to the ball to navigate it out of play, whilst it was being chased down. Newport then took a corner and the ball fell to Bogle, whose shot fired over from close-range. A swift start to the second half.

Dennis crafted a chance for the Dons within ten minutes of the second half beginning. The number 30 powered his way through Newport County’s defence, Townsend was quick off his line to meet the striker in his stride and took the sting out of his effort, which was cleared soon after.

Aaron Lewis was unfortunately forced off the field after a collision in an earlier tackle, Robbie Willmott was the player who replaced him.

MK Dons increased their advantage with 60 minutes on the stopwatch. Matt Dennis placed his name on the score sheet after he rifled home a follow-up attempt from a tight angle, however, the chance wouldn’t have been possible if wasn’t for a blazing run from Oyegoke, who forced the ball to be parried towards Dennis after his curled strike at goal. 2-0

Grigg made an instant impact once he took place of goal scorer Matt Dennis, the number nine connected with the ball which had swung into his path, but Townsend made his presence known and prevented the forward’s chance.

Liam Manning’s men make it three in the late stages of the game. The substitute, Josh McEachran, snatched the ball from one player before rolling it through another player’s legs. The number six then placed a pass into his midfield partner, Ethan Robson, who brilliantly played Will Grigg in behind. The striker made no mistake as he chipped his one-on-one chance past Nick Townsend. 3-0

80 Minutes in and MK Dons didn’t look like they wanted to stop at three. Daniel Oyegoke with the effort this time, the number 12 tried to pick out the near post with an effort from range, but the County keeper forced it wide.

Newport County then brought a goal back through and unfortunate own goal, which deflected off Jack Tucker in the 85 minute. 3-1

MK Dons looked to respond to their setback through Dan Kemp, who entered the field in the 82 minute. The number 17 unleashed a shot from a tight angle through the bodies of Newport County’s defence, although the attempt dragged wide of the mark.

Liam Manning’s men had seen out their two-goal advantage over Newport County and claimed victory at the end of the 90 minutes played, which secured their place in the Round of 16. 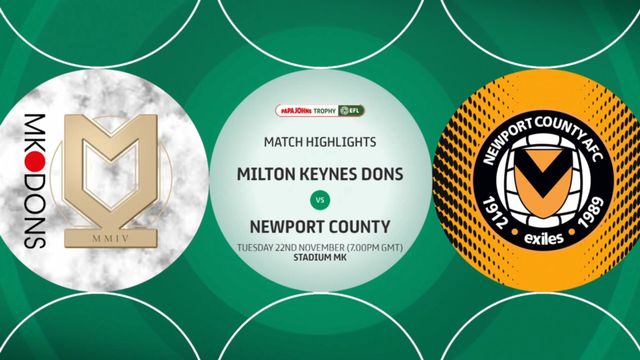 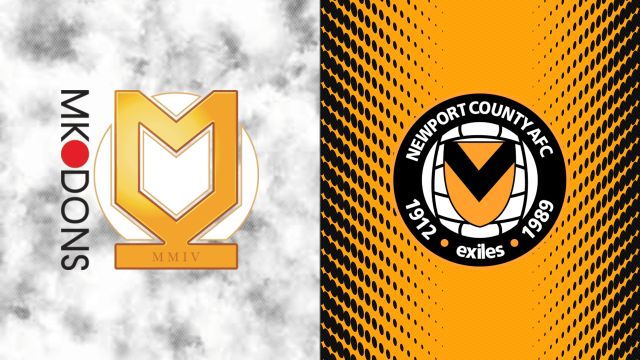 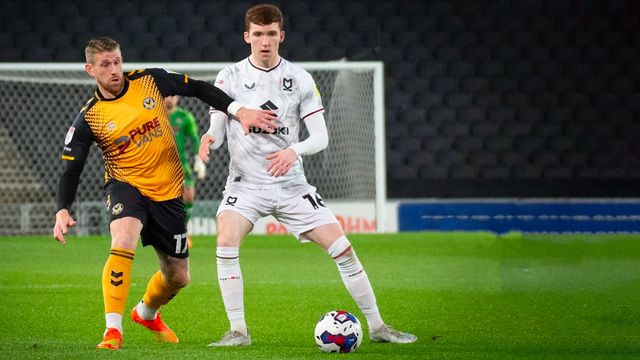