MK Dons were beaten 3-0 by Ipswich Town on a difficult afternoon at Portman Road.

Ipswich led by two at the break thanks to goals from Wes Burns, after four minutes, and Marcus Harness just prior to the half-hour mark.

Though Liam Manning’s men did have good opportunities to score immediately after both goals, they were unable to find a way past the Tractor Boys, who added a third through Conor Chaplin with 30 minutes to play.

MK Dons made two changes from their last Sky Bet League One outing with Sheffield Wednesday, as Matthew Dennis was handed first career league start while Conor Grant, who found the net in the midweek win over Sutton United, was the other addition to the starting XI.

Ipswich were able to make their fast start count, taking the lead with four minutes on the clock courtesy of Wes Burns, who found the net with a first-time finish from Janoi Donacien’s cross. 1-0.

In response, Dennis won MK Dons a free-kick, five yards from the edge of the D after cutting in from the left flank. While Matt Smith’s initial effort was blocked, Grant was able to get a shot on target but he was denied by a fingertip save from Christian Walton. From the resulting corner, Oyegoke headed wide.

A brilliant move on 12 minutes almost resulted in the equaliser but, after Grant and Barry combined, the latter’s cross was headed over from close-range by Dennis who, to his credit, was at full stretch to meet it.

Ipswich almost made the Dons pay immediately but Warren O’Hora stayed stride for stride with Ladapo and was able to block his effort on goal. George Edmundson then headed wide following successive corners.

With 20 minutes played, Morsy blasted wide for the hosts. The two sides then had a drinks break in relief of the sweltering conditions in Suffolk, though it did little to help the Dons’ cause as Ipswich doubled their advantage shortly after the re-start – Harness the goalscorer, converting from Cumming’s parried save to deny Burns. 2-0.

The Dons almost found themselves a way back into the game with 10 minutes to play in the first half when Dennis pounced on a loose touch at the back. He found Smith who, in turn, found Barry, whose effort – which was saved by Walton – wouldn’t have counted anyway due to the offside flag being raised.

Manning’s men returned for the second half with a change to their side – Henry Lawrence on for Grant in a substitution that saw the Dons revert to a back three, with Lawrence and Oyegoke operating as wing backs.

Ipswich had the first effort of the second half, with Ladapo poking wide at the near post from Harness’ low cross. Later, Edmundson blazed wide from 20-yards out before the home team did grab a third on the hour-mark through Chaplin, finishing from Ladapo’s cross. 3-0.

Manning made a double substitution six minutes later, introducing Zak Jules and Dan Kemp in place of Oyegoke and Kemp. Jules was straight into the action, heading wide from a deep Smith free-kick.

There was almost an opening for Dennis just prior to the 75-minute mark but, after pouncing on Lee Evans’ loose touch, and knocking the ball past Luke Woolfenden, he saw the ball smothered by Walton.

Burns was the Manning's final throw of the dice but he had little time to make an impact on a game which the Dons will need to learn from quickly ahead of back-to-back home games coming up at Stadium MK next week. 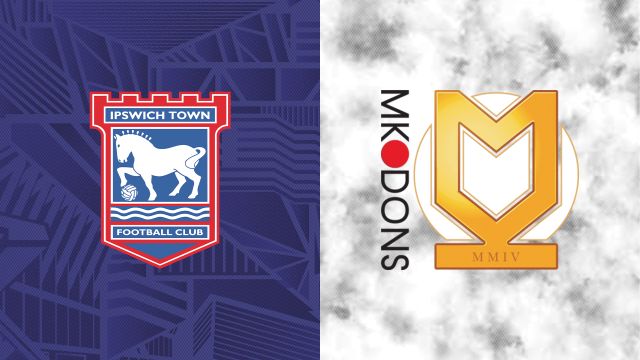 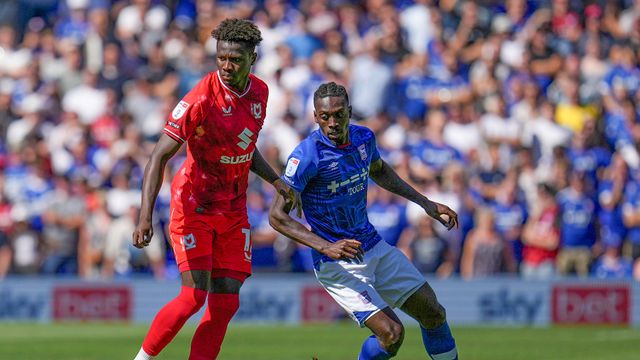