A statistical look at Saturday's win over Wycombe Wanderers.

Team news
MK Dons made one change from the win at Gillingham as Tennai Watson replaced Peter Kioso on the right. David Kasumu was back in the squad for the first time this season - he was among the substitutes along with Aden Baldwin who replaced an injured Zak Jules.

First half
Andrew Fisher was forced into a save just two minutes in, reacting well to keep out Sam Vokes’ 10-yard attempt. The Dons responded through Troy Parrott two minutes later - Watson delivered a ball in from the right but despite the Irishmen stooping low to connect with the ball, he couldn’t find the target with his header.

On eight minutes, Hiram Boateng was afforded space on the edge of the Wycombe box but he saw his low drive blocked by a sliding defender. At the other end, O’Hora got in the way of a long-range try from Josh Scowen.

Daryl Hogan struck the crossbar with a curling effort from 20 yards as the visitors threatened once again with 10 minutes played. The Dons had the next chance as Parrott forced a good block with a fierce right-footed strike.

Manning had to wait until just before the half-hour mark for his side to next test David Stockdale through Twine, whose long-range drive was comfortably dealt with by the Wycombe goalkeeper. Twine then tried to turn provider, teeing up Robson whose 18-yard shot flew over the crossbar.

Wycombe had the ball in the net through Ryan Tafazolli on 34 minutes but, after a discussion between the referee and the linesman, the goal was correctly disallowed for offside.

The game quickly swung in the Dons’ favour after that, following a foul on Parrott inside the Wycombe box – a foul which saw Anthony Stewart shown a straight red card for denying a clear goalscoring opportunity. Parrott picked himself to take the spot-kick and made no mistake from 12 yards to put MK Dons ahead. 1-0.

Manning’s men worked their way into the Wycombe box in the final minute of the first half but the ball just ran away from Twine at the crucial moment. The Chairboys countered but Fisher smothered at the feet of McCleary after some brilliant defending from Darling.

O’Riley threatened one final time before the half but, following a mazy run into the area, he wasn’t able to fashion a shot on goal.

Second half
The Dons started the second period on the front foot and worked a shooting opportunity for Robson two minutes in – one that was blocked by the head of Joe Jacobson.

Robson had another chance, a minute later, this time beating the Wycombe defence but not goalkeeper Stockdale, who denied him with a terrific diving save to his left. Twine volleyed wide from the resulting corner.

Stockdale later kept out a low shot from Parrott, after he had been found in the area by Twine. He then watched both Twine and Harvie narrowly miss the target, as the Dons continued to go close to doubling their lead.

Liam Manning went to his bench with 64 minutes on the clock, introducing Max Watters in place of Boateng. Watters almost made an instant impact too but was denied by a goal-saving tackle from Jacobson just moments after his introduction.
On 71 minutes, Parrott met an O’Riley corner but glanced his header over. Wycombe then offered a reminder of their threat through substitute Brandon Hanlan but Darling was quick across to deal with the danger.

Hanlan had another opportunity soon after but blazed over when well-placed inside the box. The Dons then got themselves back on the attack and Twine forced a save out of Stockdale from range – as did Watters from inside the area just moments later.

Darling headed wide from a corner as the game entered its final 10 minutes. Grimmer then went close for the visitors with an ambitious half-volley that whistled just over Fisher’s goal, shortly before Tafazolli headed over.

Parrott almost put the game to bed midway through stoppage time but saw his low effort skid wide. The Dons, though, didn’t need a second goal as a resilient defensive effort saw them get across the line – much to the delight of the home fans inside Stadium MK.


A statistical look at Saturday's win over Wycombe Wanderers. 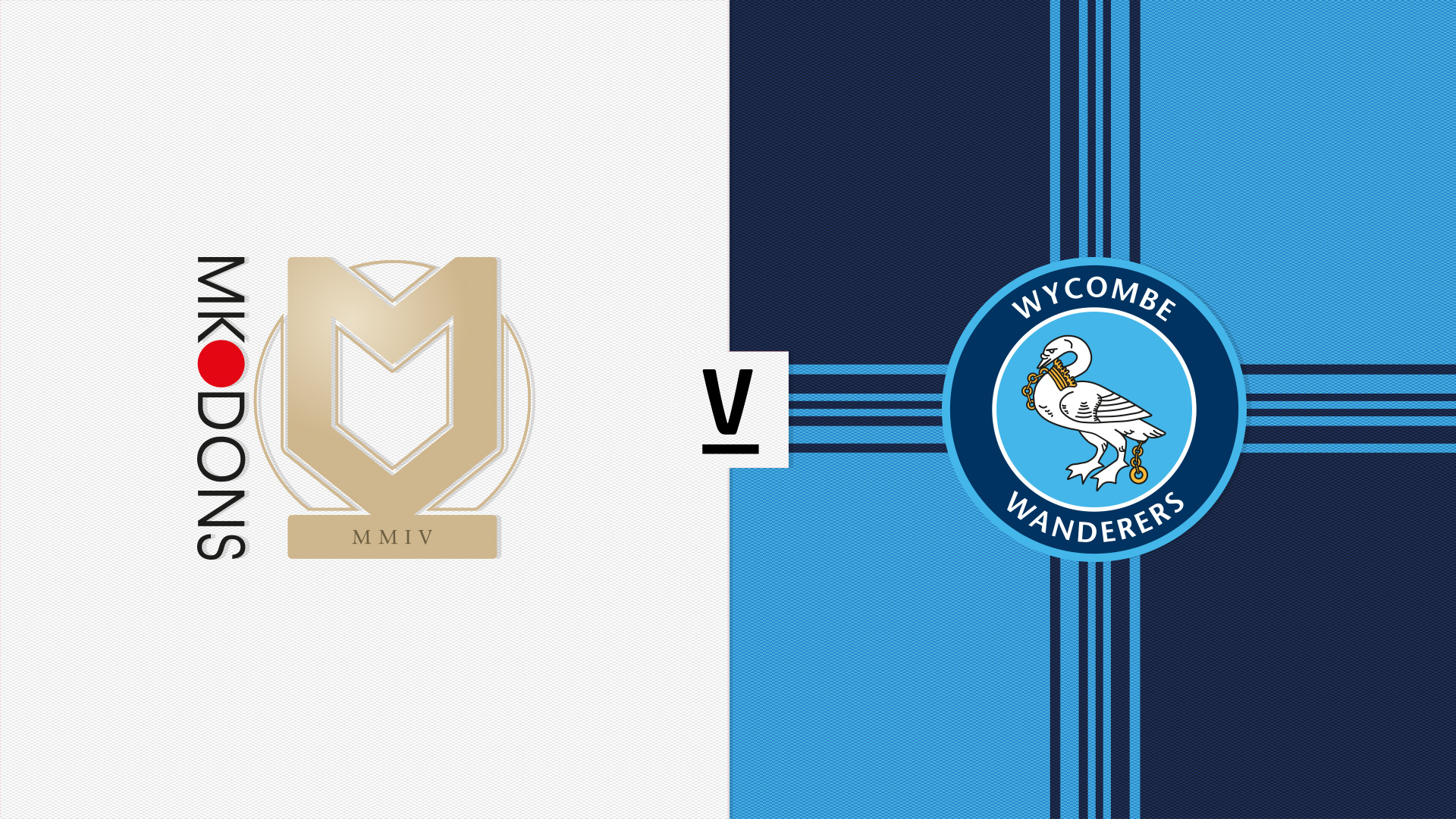 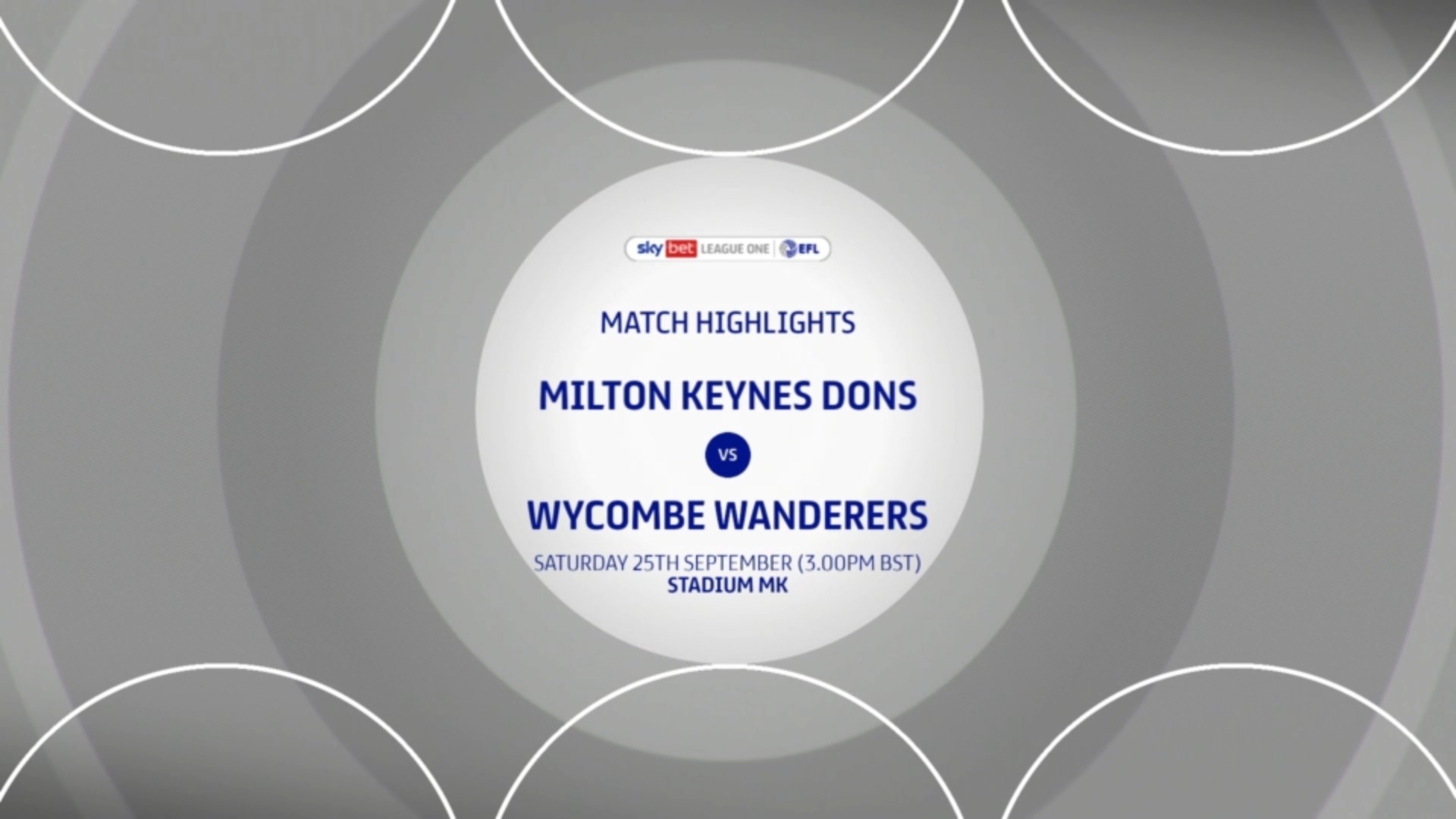 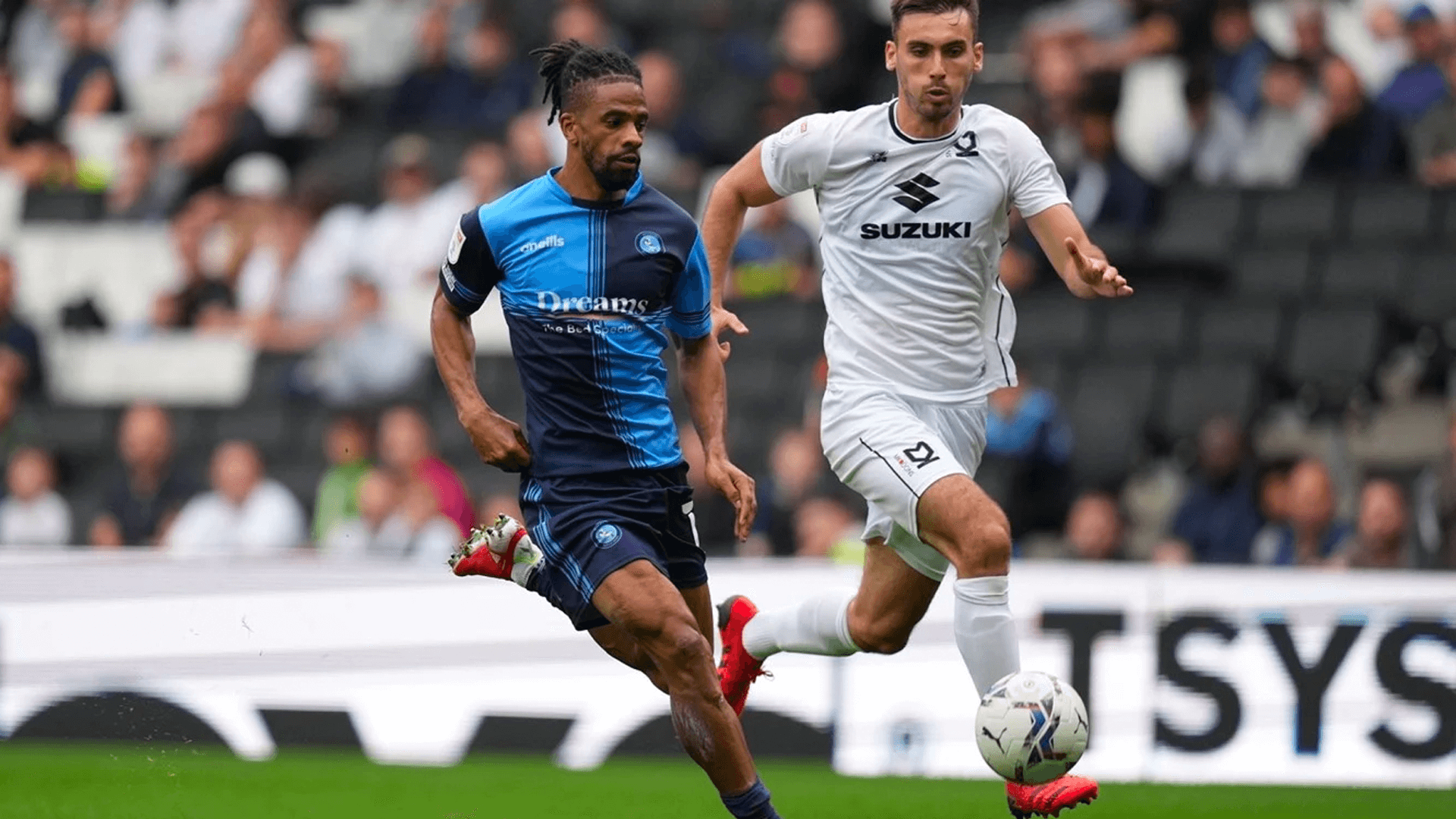